Brazil was the only South American country that participated actively in the First World War. Before the war, the country was economically dependent on European and North American markets and modelled itself on Western culture and science. After the war, Brazil developed a self-confident foreign policy and nationalistic forms of culture and continued to industrialize its national economy.

After the overthrow of the monarchy in 1889, Brazil became a Federal Republic dominated by the oligarchies of the two most economically important states: São Paulo and Minas Gerais. The Republican parties of both states ensured their regional independence, provided the Federal Presidents on a rotating basis and consolidated the political system through a local patronage system called coronelismo.

The main Brazilian export commodity was coffee with more than 50 percent of world production. Due to price fluctuations of coffee, one of the main goals of the political elites was the valorization of its price by regulating the market. The state bought and stored away several harvests until a better price allowed a profitable sale. A second export commodity emerging during the Republic was rubber which reached its selling climax in 1912 and transformed the Amazon region. Since rubber was crucial for military equipment, the British “kidnapped” rubber seeds and established rubber plantations in Asia. This development, together with new synthetic production methods of rubber substitutes, put an end to the Brazilian rubber boom. Investments in infrastructure, the buying-up of coffee and servicing old debt required the issuance of new debt at British and US-American banks. The debt rose extensively so that Brazil had to negotiate a temporary debt standstill in 1914.

During the First Republic, social realities changed profoundly. Industrialization and urbanization transformed the cities and their relation to the countryside. Millions of European immigrants arrived, mainly from Spain, Italy and Portugal, but also from Germany. Subsequently, new middle- and working classes emerged, while many former Afro-Brazilian slaves were impoverished after the abolition of slavery in 1888. The new classes articulated political demands for co-determination and disagreed with the oligarchic policy. The anarchistic trade union movement organized the first general strike in São Paulo in 1917.

The Role of the Military↑

The military was another group which had problems with the political establishment. Because of its political importance after the war against Paraguay (1864-1870), it played an active role in the overthrow of Pedro II, Emperor of Brazil (1825-1891). The first two presidents of the Republic were marshals, but soon the coffee oligarchy seized power so that the military lost political influence. At the same time, young middle-class officers, the tenentes, were trained and articulated political claims. Between 1910 and 1914, the military cooperated with the elites of the aspiring state of Rio Grande do Sul and broke for a short time the political order. Marshal Hermes do Fonseca (1855-1923) was president during this period and tried to buy new military equipment. He also negotiated with Germany about a military mission which ultimately could not be implemented due to the war. In 1919, Brazil contracted a French military mission instead.

The need of new equipment and better organization of the army became obvious during two armed uprisings. In the war of Canudos (1896-1897), the army undertook four expeditions until it had destroyed a small messianic community of rebels in the hinterland of Bahia. Several hundred soldiers were killed in this campaign and the poorly equipped rebels even could resist modern Krupp cannons. From 1912-1916, another messianic rebellion, the Guerra do Contestado, took place in the south of Brazil. Here, the military had similar difficulties in suppressing the revolt.

The outbreak of the First World War seriously affected Brazil’s foreign trade and illustrated its dependence on exportation of primary goods, mainly trading with the United States, Great Britain and Germany. Trade with Germany was particularly interrupted which affected exports of coffee and rubber. But already in 1916, Brazil was able to reestablish its trade and profit from the Allied demand for goods which were vital to the war. This shift in trading activities impacted Brazilian foreign policy: The country tried to forge closer ties with the U.S. which accepted, in return, Brazil’s geopolitical importance in South America.

In the first years of the war, the government under President Venceslau Brás (1868-1966) and Minister of Foreign Affairs Lauro Müller (1863-1926) pursued a policy of neutrality and strengthened regional ties with Argentina and Chile by founding the ABC pact. In the course of the war, public opinion took preponderantly the side of the Allies and several nationalistic societies were founded. Only a few intellectuals declared their solidarity with the German Empire along with the majority of the descendants of German immigrants.

When Germany began its unrestricted submarine warfare in 1917, Brazilian vessels were torpedoed. The sinking of the freighter Paraná on 5 April 1917 led to spontaneous manifestations and riots against German businesses in Brazilian cities and to the severance of diplomatic relations with Germany on 11 April. After the torpedoing of three other ships, Brazil declared war on the German Empire on 26 October 1917. This was probably not just a reaction to the public mood, but also a strategic concern, considering the importance of Allied trade and the ongoing change in geopolitics.

In 1918, Brazil sent a small combat group and nearly a hundred paramedics to France. More important was the Divisão Naval em Operações de Guerra (Brazilian Naval Division for War Operations, or DNOG) under Admiral Pedro Frontin (1867-1939). This naval division, consisting of eight ships, was supposed to join the British forces, but the Brazilian fleet only arrived at Gibraltar on 10 November 1918, one day before the armistice. On the African coast, the division had suffered from the Spanish influenza.

The Consequences of the First World War for Brazil↑

Participation in the war on the side of the Allied victors encouraged Brazil to have more political confidence in a global context. Brazil participated in the peace negotiations of Versailles with the largest South American delegation under the future president Epitácio Pessoa (1865–1942). Brazil was also founding member of the League of Nations and a non-permanent member of the League Council. Since the United States did not participate, Brazil was the most important American country in the League. However, Brazilian influence was still limited: it left the League in 1926 after failing to get a permanent seat in the Council while the newest member, Germany, was directly elected a permanent member.

Shifts also occurred in the Brazilian economy: during the 1920s, the United States replaced Great Britain as Brazil’s main trade partner. Still, Germany remained economically important and competed with the U.S. until the mid-1930s.

Brazil’s new self-confidence was also reflected culturally. In 1922, when the country celebrated the centenary of its independence, a new generation of modernist artists created a frenzy in the Week of Modern Art (Semana de Arte Moderna) in São Paulo. These avant-garde painters, sculptors, writers and composers developed a new national style of Brazilian art and rejected the Western model, using elements of indigenous culture, Brazilian folklore and Dadaism. Brazilian modernism included the Antropofagia movement which rediscovered cannibalism as artistic instrument in order to eat, digest and finally destroy European culture.

On the other hand, global influences determined politics. In 1922, the Brazilian Communist Party (PCB) was founded and the same year the suffrage movement was institutionalized. The military came out of the war strengthened as a political force; the young tenentes in particular called for more influence. 1922 saw a first uprising at the Forte de Copacabana in Rio de Janeiro, followed by a second rebellion in 1924 in São Paulo. But it was only in 1930 that social change resulted in a new political system. In this year, Getúlio Vargas (1882-1954) from Rio Grande do Sul organized together with the tenentes and political groups of the middle-class a coup against the oligarchic system and established an authoritarian regime which he named Estado Novo in 1937. 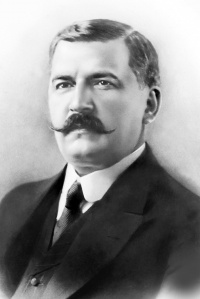