During World War I, motor vehicles took on a key role as transport facilities for troops and equipment. They needed tires made of rubber, which as a result became a raw material of strategic importance. The plantation economies of the British colonies Malaya and Ceylon dominated the caoutchouc market; the Entente practically had a monopoly. Between 1914 and 1918, the US car and tire industries outclassed their German competitors by far and had an important share in the Allied victory over the Central Powers.

The Production and Industrial Use of Rubber before 1914↑

With the rapid progress of motorization since 1900, rubber – initially a raw material of secondary interest – became a factor of strategic importance in civil life as well as in war.

Until the mid-19th century, acacia gum from Western Africa and rubber drawn from the Amazonian tree Hevea brasiliensis was used in Europe as an ingredient in textile colours, paper and sweetmeats. With Goodyear’s invention of vulcanization (the admixing of sulphur under heat and pressure) in 1839, manufactured rubber gained properties that it had previously lacked: it became elastic, water-impermeable, gas-tight and tear-resistant. Rubber gaskets, tubes and driving belts soon became integral parts of engines and railroads. Waterproof clothing and shoes, cable insulators, battery cases for submarines and medical products such as caoutchouc gloves provided another important market for rubber goods.

But it was only the rise of the motor vehicle that led to rubber’s breakthrough as an industrial raw material of strategic importance. Cars, trucks and motorcycles needed tires. To meet this demand, a new industrial branch came into being. In 1900 only an estimated 10,000 cars were in use worldwide, but their number grew to approximately 2.5 million by 1914. World War I accelerated this trend considerably. In the United States, the "Big Four" – US Rubber, Goodrich, Goodyear and Firestone – began to dominate the rubber market. In Europe, the "Big Three" – Dunlop (Birmingham/Great Britain), Michelin (Clermont-Ferrand/France) and Continental (Hannover/Germany) – achieved a comparable position.

During the 19th century, Brazil met most of the demand for rubber with the output of its wild-growing Amazonian Hevea brasiliensis trees. However, the country proved unable to keep up with the rapidly growing requirements of the tire industry. In the 1870s, British scientists of the Royal Botanical Garden in Kew (London) produced Hevea seeds in sufficiently high numbers to build up rubber plantations in Southeast Asia. Between 1905 and 1914, the English colonies overran the global caoutchouc market. British Malaya became the most important rubber supplier with a market share of 41 percent in 1915.

Rubber, Tires and the Wheels of Victory↑

While in the United States motor vehicles were poised to conquer a great part of the country’s transportation system during the decade before World War I, the strategic planning of the German High Command mainly relied on railroads. The importance of trucks for mobile warfare was recognized only in the second half of the war when it was already too late to build up strategic reserves of oil and rubber. During the war, US truck and tire production largely outnumbered that of the Central Powers.

For many strategic raw materials, the German Empire was highly dependent upon imports. In 1913, the foreign market share for saltpetre, petroleum and rubber nearly reached 100 percent. In the meantime, Great Britain had almost the entire rubber production of Southeast Asia under her control. After the outbreak of the war, Germany managed to buy rubber on London markets through neutral intermediaries, which found their way to the Reich via the Netherlands, until England stopped this practice in October 1914. With the help of this contraband, industrial rubber needs could be met for one year.

From autumn 1914, the Central Powers were practically cut off from the international rubber market until the end of the war. The German Empire tried to make up for this loss by using synthetic and recycled rubber (Kautschuk-Regenerat). The tire industry was subordinated to a state administration.

After the beginning of the war, the German tire producer Continental had to cope with the loss of about 75 percent of its workers, who had been enlisted into the army. Nevertheless, it could benefit from its quasi monopolistic position to enforce a 25 percent price increase for its products. Due to the lack of rubber, German trucks had to drive on iron tires in the last years of the war, which reduced their usability on muddy terrain and decreased the endurance of their motors and coachworks.

In 1916, the US car industry was subjected to a central coordination to make it fit for war. For this purpose, the Council of National Defense created the Motor Transport Committee, led by Alfred Reeves. The output of the US car industry grew continuously during World War I. In 1914 it produced 543,000 units; in 1917, 1.75 million. With 25,000 exemplars of his Model T, Henry Ford (1863-1947) headed the list of cars used in the European war theatre. Between 1914 and 1918, the French industry contributed 65,600 cars and trucks to the Entente’s military effort. Beginning in 1915, the British Associated Equipment Company managed to produce 40,000 military motor vehicles per year. The Italian car company Fiat (Turin) reached an annual output of 16,500 units in 1918. The motorization of the Entente’s transportation system would not have been possible if the tire production had not kept up with the car industry’s demand.

While the German competitors were thrown out of the market, the “Big Four” of the US tire industry brought most of Britain's Southeast Asian rubber production under their control. The threat of German submarines was a good argument to redirect the whole caoutchouc stream to the east, which in times of peace went westward to London. From then on, most of the rubber took the Pacific road and the cargo was directly sent to US harbours. During the war, the US share of global rubber purchases rose from 40 percent in 1914 to about 70 percent in 1918. Following the example of the car industry, the US tire industry switched over to war production. Goodyear (Akron/Ohio) fabricated truck tires (daily production in 1918: 4,000 units), but also 715,000 gas masks, balloons for military reconnaissance and blimps for the anti-submarine warfare.

To meet the growing rubber demand, new railroads were built in British Malaya and the clearance of tropical forests was accelerated. Thus the war had considerable ecological consequences in this colony.

In April 1915, German troops used toxic gases against their enemies for the first time near Ypers (Belgium). From then on, all involved nations had to face the threat of chemical warfare and find appropriate means to protect their soldiers against this horrifying menace. During the war, gas masks, which began as provisional arrangements, became a more and more sophisticated piece of military equipment. Rubber-coated textiles were gas-tight and in principal, the only material suitable for masks protecting the front soldiers. The German army's gas mask “GM 15” mainly consisted of this kind of tissue, which had initially been conceived as the Zeppelin’s skin. Soon, the rubber scarcity showed its effect. Most caoutchouc parts of the German gas masks had to be replaced. The models “GM 17” and “GM 18” mainly consisted of leather.

The mass armies of World War I consisted almost entirely of men staying away from home for long periods of time. When the fronts began to freeze and the conflict became an imbroglio with no end in sight, the sexual hygiene of the troops became a matter of growing concern. According to Alfred Blaschko (1858-1922), the spread of sexually transmitted diseases (STD) among European armies was already high in peaceful times (Germany: 2.6 percent, France: 4.2 percent, Italy: 8.5 percent, UK: 17.4 percent). During the Franco-German War of 1870-1871, a random sampling showed that the contagion rate of an army corps from southern Germany jumped from 3.3 percent at the beginning of the war to 77 percent when hostilities ended.[2]

After 1914, similar developments had to be feared in all involved armies as the war went on. Brothels could be found in large numbers behind the front and nearby garrisons in the hinterland and were frequented by officers and soldiers despite all moral appeals by the authorities. A specific invention made by the rubber industry before the war had the potential to reduce the spread of STDs.

The first rubber condoms, which had a continuous seam and were still not considered to be very reliable, were probably invented by Goodyear engineers. In 1912, the German industrialist Julius Fromm (1883-1945) discovered a “diving technique” to produce a seamless sheath and thereby found the solution still in use today. Competing contraceptives, moral reservations and caoutchouc scarcity obstructed the quick spread of this innovation among the Central Powers. Nevertheless, Fromm’s invention found its way to the front lines. In many cities, the “moral police” (Sittenpolizei) obliged the “soldiers’ strumpets” (Soldatendirnen) to use condoms. Military hygiene on the Entente’s side witnessed a similar development.

The war worked as a catalyst for new contraceptives. Above all in the countryside, from which many soldiers from the diverse nations came, contraception was surrounded by religious taboos. The front soldiers’ communities did not have much respect for this sense of shame and invited the peasants’ sons to give up their moral retention while on leave in the recreation zones of the hinterland. When the war was over, the survivors popularized Fromm’s invention in the countryside.

Shortly after the turn of the century, the German chemical industry intensified the search for substitutes for natural rubber in order to reduce the country’s dependence upon imports. Bayer, active in the field since 1906, developed a method to polymerize isoprene and dimethylbutadiene, which allowed the production of synthetic rubber with varying degrees of hardness. In 1912, German researchers presented the first automobile tire made of artificial caoutchouc at the International Congress of Applied Chemistry in New York, but many practical obstacles still prevented its mass production. The German synthetic rubber became brittle after a short time of use and was not competitive with its natural counterpart under peacetime conditions. Continental gave up the production of synthetic tires in 1912 and Bayer retreated from the market a year later.

The outbreak of World War I was a strong incentive for both enterprises to return to these formerly unpromising undertakings. Methyl rubber was used to fabricate truck tires, which had to be replaced after 2,000 kilometres. If the German industry managed to produce some thousands of tons of synthetic rubber during World War I without ever meeting military demand, it nevertheless pushed forward the research for caoutchouc substitutes so that the production of synthetic rubber on an industrial scale could start in the 1930s (Buna/Schkopau). The Third Reich largely benefited from this search for substitutes when a new period of wartime autarky began in 1939. 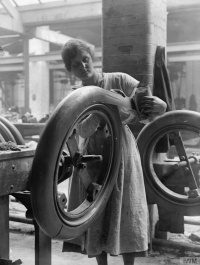 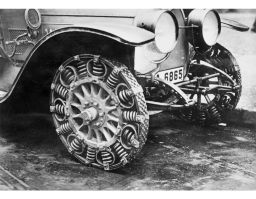 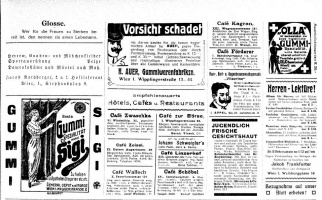 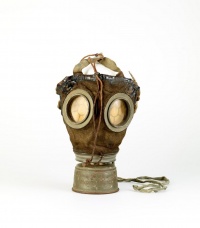