In occupied Belgium and France, citizens opposed the German army with organized but non-violent resistance. They created networks dedicated to military intelligence gathering, escape lines, clandestine postal networks and underground newspapers. Many of the networks were dismantled by the German secret police but those executed for their resistance became national heroes.

From August to October 1914, the German army seized most of the Belgian territory, as well as large areas of northeastern France. It faced, on its arrival, the hostility of the civilian population, a hostility fueled not only by the war itself, but also by the destruction, humiliation, and massacres which accompanied the invasion. Contrary to the fears and beliefs of the German authorities, and unlike the situation encountered by the Austro-Hungarians in Serbia, this hostility did not manifest itself in acts of violence against the German troops. Fear of retaliation and the calls by authorities for calm, caution, dignity and the respect of international law, as well as the confiscation of arms by local administrations, deterred Belgian and French civilians from target the invading troops with sniping or guerilla operations.

The occupiers were, however, subsequently confronted with the phenomenon of “resistance.” This word, meant in the sense of an underground struggle against an occupier, was a term not used during the Great War. It only acquired this meaning in French and in English during World War II. From 1914 to 1918, if it was used in the context of the occupation, it more generally referred to any refusal to submit to the will of the occupier. The rejection of German demands by the Mayor of Brussels, Adolphe Max (1869-1939), or the public denunciation of the legitimacy of the occupation by Cardinal Désiré Joseph Mercier (1851-1926) are examples of such attitudes, which would today be called “moral resistance.”

Small groups of people under the occupation went further and – as in World War II – organized themselves into networks with the aim of harming occupying authorities and the enemy army. The most significant efforts were concentrated in spying activities, despite a certain reluctance to be involved. At least 6,500 citizens participated in dozens of small networks working for Belgian, French and, above all, British military intelligence services. Airfields, ammunition stores, hospitals, barracks and, in particular, trains were watched. Many networks were dismantled after a few months of activity, but about ten of them managed to develop to exceed 100 agents. The most successful was the Dame Blanche (White Lady) network, created in Liège, which gathered a thousand agents who were spread out across almost all of the occupied territories.

At the beginning of the occupation, underground newspapers also appeared whose primary objective was to spread among the occupied population copies of French and British press articles normally censored by the German authorities. A second generation of underground newspapers went further by producing articles written by those under occupation for their fellow citizens. This was a genuine effort to publish local opinion under the occupation. The most famous and the most successful of these newspapers was La Libre Belgique (Free Belgium) which first appeared in February 1915 in the Catholic bourgeois milieu of Brussels. Its publishers managed to produce 171 issues before the Armistice, thousands of which were distributed throughout Belgium.

Networks were also set up early on to help Allied soldiers, who had been cut off from their units and overrun by the German advance after the battles of 1914, escape. Hidden in the forests or secretly hosted by local people, hundreds of military personnel were helped by escape lines to cross the Dutch border or, more rarely, to pass to Switzerland. The network in which the British nurse Edith Cavell (1865-1915) was active also facilitated the escape of young Belgian and French volunteers, eager to enlist, and workers whose skills could contribute to the allied war effort.

Intelligence networks, escape lines and underground newspapers were three forms of resistance that would also be found during World War II. However, the geostrategic context of the Great War saw the development of a very particular form of resistance, namely clandestine postal services. These networks, such as the Mot du Soldat (Word of the Soldier) or the Poste des Alliés (Postal service of the Allies), delivered thousands of letters to Belgian and French soldiers in the trenches and to their families on the other side of the front in occupied territory. These secret postal services were seen as serving humanitarian, moral and patriotic causes through the maintenance of links between the soldiers and their families.

Most of these different forms of resistance reach their climax in 1915. All endured until the end of the war, but the length of the conflict, the increasing operational difficulties and the harshness of the occupier’s repression generally limited the commitment of the occupied population. The operation of these clandestine activities was made more difficult by the requirement to maintain contacts outside of the occupied area mostly via the Netherlands which remained neutral throughout the war. Alarmed by these flows of people and information that could weaken their military power, the German occupiers undertook to isolate Belgium from the Netherlands by closely guarding the border and by installing an electrified fence along the border. Throughout the war, this device was strengthened while the networks developed new techniques to cross. The border turned out to be one of the main battlefields of the secret war, and guides, fugitives and smugglers were regularly killed there. German counterintelligence also took advantage of the difficulties created by the crossing to infiltrate networks with their own agents, presenting themselves to the resistance workers as talented guides.

This method, together with the traditional tools of police intelligence, helped the German secret police services to wreak havoc in the resistance networks. Those arrested were imprisoned and questioned, sometimes brutally. When the secret police finished their investigation, German military courts took over. Death sentences were frequent in cases of spying or helping Allied soldiers to escape. In total, 277 occupied citizens were executed after such cases. Only ten of them were women, but the execution of some of them had a major impact on public opinion, particularly in the case of Edith Cavell in 1915. Hard labor or jail sentences, however, were much more numerous, and led to the transfer of the condemned individuals to German jails (such as Rheinbach or Siegburg, near Bonn), where thousands remained until 1918, generally in harsh detention conditions, sometimes leading to the death of prisoners.

Following the Armistice, those who had been executed for acts of resistance became national heroes in Belgium, the young female resistance worker Gabrielle Petit (1893-1916) being the most famous. By offering a heroic dimension to the painful experience of the occupation, shared by the vast majority of the population, the tribute to their sacrifice facilitated the integration of this episode into the national narrative. In France, to the contrary, this process remained essentially a local one. The experience of occupation had only touched a minority of the population and was generally completely overshadowed by the experience of the front which was seen as more inclusive, more impactful and, above all, on a more national dimension. The memory and experience of this first “resistance” was thus shared by Belgium and France but did, however, follow different paths. It was overshadowed a quarter of a century later by the experience of the Nazi occupation which, this time, affected most countries of Western Europe and which generated a far greater, violent and ideological commitment to resistance activities. 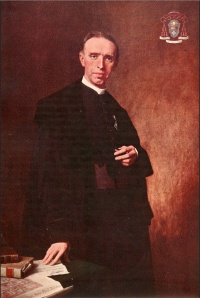 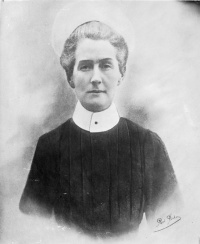 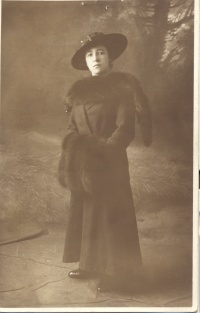