The Franco-German battle of 1916 quickly became emblematic of the entire war to the French, while in Germany it subsequently inspired heroic literature highlighting the collective determination of the German soldier. After the Second World War, Verdun gradually emerged as a shared site of memory, a symbol of suffering and of an aspiration for peace.

Verdun may have been a long battle, but it was not a decisive one. It was a battle of materiel, yet it proved less murderous than the first months of the conflict. Combat conditions were terrible, but no worse than at Ypres or in the Aisne. At first, it was simply conceived on the German side as the suppression of a bothersome protrusion in the front, while on the French side it was intended to remain a secondary battle. But its memory, which was already taking shape in the heat of battle, and the tragic or triumphant narratives that emerged, provided the basis for subsequent reinterpretation. Thus, a battle of attrition morphed into an epic struggle or into a fight for the very survival of the nation.

On the French side, defending Verdun at all costs stemmed from a logic that was more political than military. This choice, in turn, fuelled the existential myth of a German invasion and of a French resistance, encapsulated by Robert Nivelle’s (1856-1924) June 1916 phrase “they shall not pass.” The rotating door relief system implemented by Philippe Pétain (1856-1951) also made Verdun a national battle par excellence, one in which most French soldiers fought. This discourse was accompanied by a glorification of the fighters at Verdun, as both martyrs and heroes.

On the German side, Verdun was a battle of attrition which Erich von Falkenhayn (1861-1922) claimed to have conceived from the start as a deliberate bleeding dry of the French army. However, this was an ex post facto reconstruction intended to mask the failure of an offensive that was actually intended to accelerate events along the Western Front. Verdun was at this juncture not the subject of any specific German myth. A turning point can be discerned in the 1920s. That is when a new interpretation took the upper hand in Germany, which runs as follows. At Verdun, under a deluge of artillery, the German soldier purportedly managed to maintain his unwavering will, and his sacrifice helped re-establish the national community (Volksgemeinschaft).

The experience of combat was relatively similar on each side. It was therefore the object of a shared representation of an unparalleled apocalypse, with the main feat having been for soldiers to go through this hell. Verdun became a historical parabole on both sides. In France, it served as a metaphor for the entire war and as a sacred memorial site. The battle permeated popular culture, from textbooks to literature (one thinks of the writings of Henri Barbusse (1873-1935) and Roland Dorgelès (1885-1973)). The city was decorated with both the cross of the Legion of Honour and the Croix de Guerre, as well as being honoured by many allied governments. In November 1916, the city of Verdun created a medal for soldiers who fought there. In 1929, it dedicated a monument to victory. As for the memory of the fighting, it was expressed through monuments on the battlefields that spoke to heroism at the “trench of the bayonets” (1920), and the more funerary ossuary initiated by Charles Ginisty (1864-1946) at Douaumont (1932). In Germany, Verdun could not claim the same monopoly over memory. There, the Langemarck and Tannenberg crystalized heroic memory and the Somme constituted an even more murderous defensive battle. Still, Verdun embodied a sort of endless nightmare.

The sacred nature of Verdun explains why French veterans’ organizations chose the site in July 1936 for a spectacular ceremony: accompanied by German and Italian veterans, all pledged to defend the peace. Might Verdun, the symbol of the greatest of wars, have been the best place to proclaim peace – even though it proved illusory?

In the wake of the Second World War, French patriotic symbolism endured at Verdun. One finds it illustrated in the Mémorial inaugurated in September 1967 on the initiative of Maurice Genevoix (1890-1989), even though the Mémorial did not shy from depicting the horrors of war. Its function was above all pedagogical and involved showing, on the basis of military artifacts, the battle to those who had not experienced it. But the myth of national defence was partly at odds with divided opinions over Pétain, and with the context of 1967, especially the recent memory of wars of decolonization. A shift began, with Verdun becoming the symbol of a war of materiel and of soldier sacrifice. In the process, the figure of the victim won out over that of the hero.

Starting in the 1980s, Verdun was progressively recast into a site of peace. In September 1984, a ceremony at Verdun during which François Mitterrand (1916-1996) and Helmut Kohl (1930-2017) linked hands sealed Franco-German reconciliation. In June 1994, the World Peace Centre opened at Verdun. On the occasion of the centenary of the battle in 2016, an updated Mémorial reopened, reinvented as an interpretation centre at the crossroads of French and German perspectives. In June, François Hollande and Angela Merkel participated in a commemoration of the battle articulated around the need to build a Europe of lasting peace.

These transformations were made possible by evolutions in the memory of the battle. They, in turn, shaped the myth of Verdun. By drawing on the immensity of a massacre that grows ever less understandable as the nationalist context of the war fades, they reinforce a victimized reading of the war that denationalizes its stakes. In its place, they forge a sense of belonging to an entity larger than the nation state: Europe. 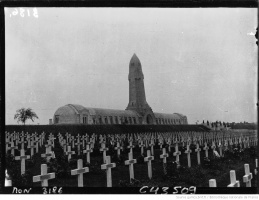 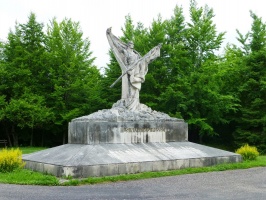 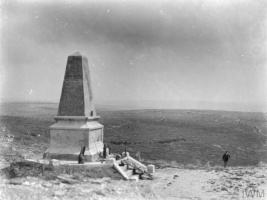 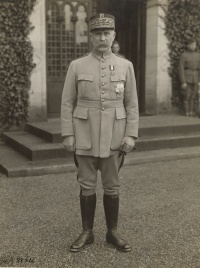 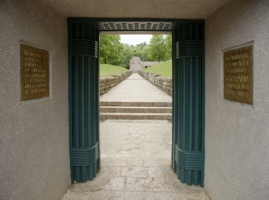