The Great War unfolded on multiple fronts and saw millions of men and women called up to serve in the armed forces. To recognise their military service as well as civilian efforts in wartime, numerous new military decorations were created by all of the combatant countries.

Most of the countries that took part in the war had a number of decorations to recognise exceptional acts of military gallantry, such as the Victoria Cross (British Empire), Order of St George (Russia) or Eisernes Kreuz I. Klasse (Prussia).[1] The war brought a significant surge in the awarding of these decorations, but given their nature they remained relatively uncommon, with the number of wartime awards rarely exceeding the number of pre-1914 decorations.

The Great War saw an unprecedented number of men and women serving in the military. The increased strength of the combatant countries’ armed forces as well as the increased number of military personnel directly involved in frontline fighting resulted in many countries creating special military decorations to recognise acts of military gallantry. These included the Military Cross for the low-rank commissioned officers and the Military Medal for soldiers and non-commissioned officers, established in the British Empire in 1914 and 1916 respectively. Often such decorations were meant to acknowledge smaller acts of bravery that would not qualify for higher ranking awards that existed prior to the war. For instance, the Croix de Guerre 1914-1918 (France) was awarded for a mention in dispatches. As a result, these new decorations were often awarded in high numbers to boost troops’ morale. The increased number of awards required a new record system for all military decorations, such as the medal roll index cards introduced throughout the British Empire by the end of the war. They record all individuals who served in the British Army during the war who were eligible for recognition of their service, as well as any further awards for gallantry. Moreover, the extent of military decorations stemming from the First World War saw the first widespread distribution of unique medals displaying identifying details of the recipient, in connection with the wider keeping of paper records.

In January 1919, Marshal Ferdinand Foch (1851-1929), the supreme Allied commander, suggested the creation of a medal that would be awarded to all the servicemen of the victorious coalition. The Supreme War Council accepted Foch’s proposition and advised that every country should create its own design of the victory medal following the agreed guidelines: all the medals were to use a rainbow-colored ribbon; on the obverse there was to be a depiction of the winged victory and on the reverse the inscription “The Great War for Civilisation”. From 1919 to 1922, fifteen countries created victory medals that were awarded to more than 14,600,000 Allied servicemen. Among them were Czechoslovakia and Poland, whose nationals fought on both sides of the conflict, but who chose to emphasise their symbolic ties with the victors after the war. Russia, Serbia and China, who were members of the Entente during the war, did not create victory medals.

The countries of the Triple Alliance also strived to symbolically remunerate those who served in the war. In December 1916, the new emperor, Charles I, Emperor of Austria (1887-1922) created the Karl-Truppenkreuz, a decoration to be awarded to all the servicemen who had seen twelve months of service. In 1932, the Republic of Austria created the War Commemorative Medal, which was awarded to all those who served. In Germany, where most military decorations were awarded by the grand duchies, free cities and principalities, the national award for all the servicemen and their widows – The Cross of Honour for the Great War – was created by Reichspräsident Paul von Hindenburg (1847-1934) in July 1934.

The Great War unfolded both inside and outside of Europe. The combatant countries or governments of the areas where the fighting took place (such as Verdun’s administration or the Tyrol parliament) created medals to be given to soldiers who fought in specific battles and locations. These medals were awarded alongside the Victory Medal. In Great Britain, the British War Medal and the Victory Medal were nicknamed “Mutt and Jeff” after a pair of cartoon characters.

Total war put a great strain not only on the military forces, but on the civilian population as well. As the war progressed more decorations were created to acknowledge the efforts of non-military personnel serving with the armed forces (such as Red Cross nurses and doctors), as well as civilians who had contributed to the war effort (e.g. the König Ludwig-Kreuz established in 1916 in Bavaria). The devastation brought by the war to the civilian population later led to the creation of special accolades for those who were affected by it, such as the Medal for Victims of Invasion and the Medal for Civilian Prisoners, Deportees and Hostages of the 1914-1918 Great War (France).

Decorations and Identities after the War↑

After the war, medals became a very important tool for veterans to display their frontline service and for identity-building. Despite the lack of formal medals for wartime service, German veterans were sometimes seen wearing “unauthorized” campaign medals for Verdun, the Somme and other battles, created by the veterans’ associations in the interwar years.

Moreover, medals became a factor that facilitated individual mourning. Campaign medals were awarded even after soldiers’ deaths and passed on to their families, who often displayed them in a case placed in a prominent position in the house. In the British Empire and France, it was also not uncommon for widows and mothers of the deceased servicemen to wear the medals of their loved ones.

Associated with military honour and sacrifice, the depiction of wartime military decorations could also often be found on military memorials in France, Germany and Russia. 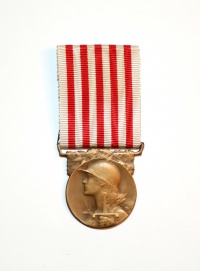 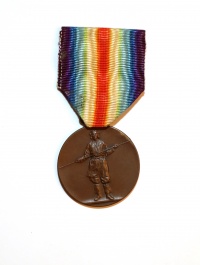 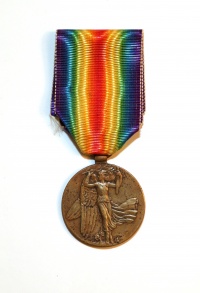 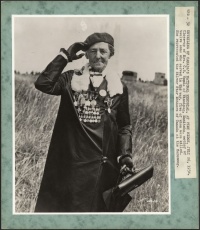 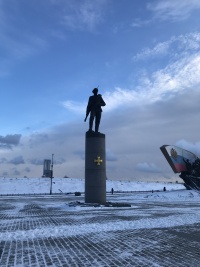 The Monument to the Russian Soldier in Moscow 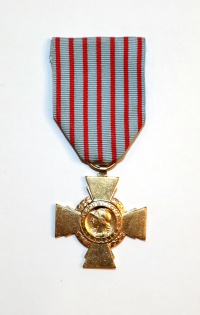 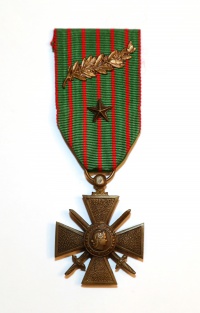 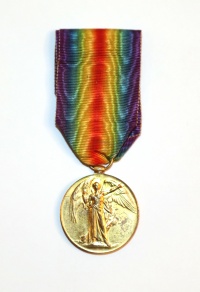 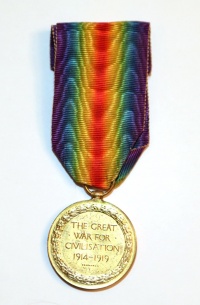 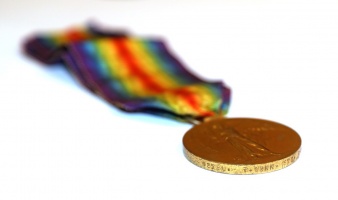 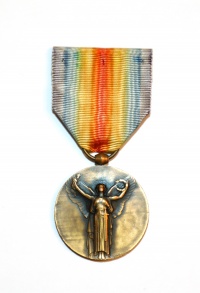 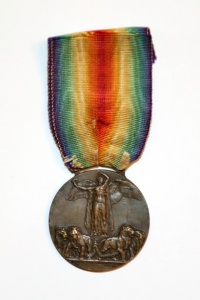 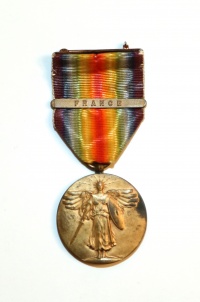 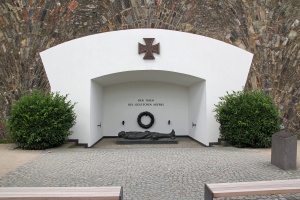