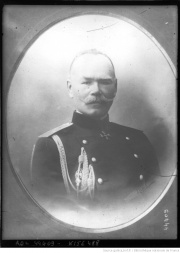 Mikhail Alekseyev was a Russian general who was the chief of staff of the general headquarters (Stavka) of the Russian army from August 1915 until May 1917. Yet, the military contribution of this capable strategist remains largely under-researched, overshadowed by his participation in the February Revolution and early stages of the Civil War in Russia.

Mikhail Vassilievich Alekseyev (1857-1918) was born into the family of an infantry officer of humble origins.[1] He started his military career as a volunteer in 1873. He later went on to become a junior officer in 1876 in the 64th Kazansky infantry regiment, with which he took part in Russo-Turkish War in 1877-1878. In 1890 he graduated from the academy of general staff, first in his class. He received an appointment at the general staff and remained in St. Petersburg. Along with his staff service, he also taught Russian military history at the academy in 1890-1904. His former students noticed that he was not a great lecturer, but good at giving practical lessons in the field. Despite later developing as a strategist and theoretician, little is known about Alekseyev’s time in the academy as he did not publish much of his work.

In 1904 he was promoted to the rank of major-general and became the quartermaster general of the third Manchurian army. Despite Russia’s defeat in 1905, Alekseyev’s talent was noticed by the high command. In 1906 he became the first quartermaster of the main directorate of general staff, the position in which he was responsible for designing pre-war plans. In 1908 he was appointed the chief of staff of the Kiev Military District where he was mainly working on different scenarios of the war with Austria-Hungary. By 1914 Alekseyev was a decorated staff general, recognized as an able strategist, even though his origins and career path distinguished him from most of the top Russian generals.

At the outbreak of the war in 1914, Alekseyev commanded the 13th army corps in Smolensk. He was soon appointed the chief of staff of the south-western front formed from the troops of the Kiev Military District, where he served in 1908-1912. Despite being formally the chief of staff, many contemporaries noticed that Alekseyev was de facto in charge of all the management of the front, often informing the commander, General Nikolai Iudovich Ivanov (1851-1919), after the strategic decision had already been made. In this position he planned and executed the successful Battle of Galicia in August-September 1914, as a result of which the Russians occupied the Austro-Hungarian territory east of the Carpathian Mountains and Lemberg. He also played a key role in preparing and managing the Carpathian offensive that started in December 1914 and unfolded throughout the first months of 1915. While the Russian army lost a lot of manpower, it managed to stay in Galicia and finally captured the sieged Austrian fortress of Przemyśl.

A few days after the fall of Przemyśl, on 17 March 1915, Alekseyev was appointed the commander of the north-western front. The forces on the front were exhausted after months of defensive action against the Germans in northern Poland, so Alekseyev decided to regroup and reinforce the troops. In May 1915 the Germans broke through Russian defenses in Gorlice and prompted a rapid retreat of Russian forces throughout the whole theatre of the war. General Alekseyev organized a successful retreat of the north-western front inside Polish territory without significant losses. The retreat continued throughout the summer and the Russians had to leave Warsaw. Alekseyev advised to keep retreating until the front could be stabilized, which proved to be the right decision as it allowed the Russian Empire to save its army despite losing a lot of ground.

On 17 (4) August 1915 the north-western front was separated into northern and western fronts and Alekseyev took command of the latter. A few weeks later Nicholas II, Emperor of Russia (1868-1918) assumed the supreme command of the Russian army. Alekseyev was appointed the chief of staff of the general headquarters (Stavka) and became the de facto commander of the Russian army. Many observers in the Stavka in Mogilev noted that the tsar delegated all military decisions to Alekseyev and concentrated more on internal policy. Alekseyev developed the strategic plans for the Russian army, issued orders on the day to day running of the military forces and the occupied areas, and responded to all emergency issues. Alekseyev was also in charge of the strategic cooperation of the Russian army with its allies. Joseph Joffre (1852-1931) maintained communication with Alekseyev during the planning of the coordinated Allied actions in 1916-1917.

Alekseyev was known not to delegate even minor tasks to his inferiors and to do all the strategic work himself. In the Stavka as well as at the south-western and north-western fronts, his Quartermaster General Pustovoitenko was in charge only of formal technical tasks. Such intense work during the first two years of the war took its toll on Alekseyev’s health. In November 1916, the general fell seriously ill with kidney disease and spent the next three months recovering in Crimea. In his absence General Vasilii Iosifovich Gurko (1864-1937) was appointed as his stand-in.

February Revolution and After↑

The return of Alekseyev to the Stavka coincided with the beginning of unrest in Petrograd. His exact role in the events of the February Revolution is still disputed as is the nature of his relations with duma politicians. After the unrest started in Moscow on 1 (14) March Alekseyev expressed his support for a new cabinet. As the situation worsened on the next day, Alekseyev as well as other military commanders spoke in favour of the emperor’s abdication.

In August 1917 after Lavr Kornilov’s (1870-1918) putsch, Alekseyev took up the supreme command again, though only for a week, after which he retired to Petrograd. The Bolshevik coup in October 1917 put General Alekseyev’s safety at risk and he made his escape to the south of Russia where he founded “Alekseyev’s Organization,” the nucleus of the future Volunteer Army, the major fighting force in the Russian Civil War. Yet, the general’s health kept deteriorating and he died of pneumonia on 8 October 1918 in Ekaterinodar.

General Alekseyev played a key role in the Russian army in 1914-1917. Rising through ranks and positions, Alekseyev influenced the pre-war planning and conduct of operations on all European Russian fronts as well as the overall Russian military strategy in 1915-1917. However, for a long time Alekseyev’s military legacy remained underexplored, overshadowed by his post-revolution activity and Soviet historiography’s perception of tsarist generals as militarily incapable. With the opening of archives and the discovery of new sources related to Alekseyev’s service, the general’s legacy is coming to light and, hopefully, will be assessed in detail by a new generation of historians. 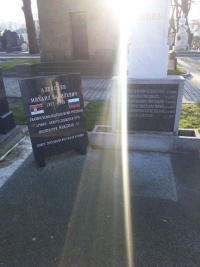 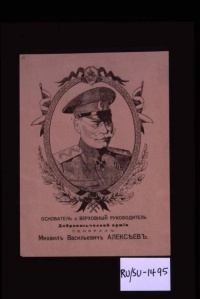