The Tsar reluctantly granted an elected legislative assembly, the State Duma, during the 1905 Russian Revolution. The first two Dumas were dissolved amidst bitter conflict and the third did little to resolve Russia’s pressing social and economic issues. The wartime Duma shifted from patriotic support to opposition to the Tsar’s government.

Russia was granted an elected parliament, the State Duma, for the first time during the 1905 Revolution, when demands for economic, social, and political reform burst from all corners of the empire. After Russia’s defeats in the Russo-Japanese War, the absolute power of the Tsar was challenged in meetings organised by the liberal gentry, professionals, and students. Furthermore, there were workers’ strikes, violent protests by the radical intelligentsia, peasant revolts, naval mutiny, and uprisings by national minorities. As the use of force failed to end a general strike paralysing the empire in October 1905, the Tsar reluctantly agreed to political reform. On 17 October he signed what came to be known as the October Manifesto, which committed to a unified government, civil freedoms, and a State Duma elected on a broad franchise. According to the document, no law should take effect without the Duma’s consent henceforth.

The ambivalence of Nicholas II, Emperor of Russia (1868-1918) and the government toward the concessions was enshrined in revised Fundamental Laws promulgated by the Tsar in April 1906. These laws retained the word “autocratic” in relation to the Emperor’s powers, although the term “unlimited” was removed. The Tsar kept a veto over all legislative measures and control of the bureaucracy, military, foreign policy, and ministerial appointments. He could dissolve the Duma at his discretion, provided that he indicated when new elections would be held. Article 87 permitted the Tsar to enact laws by decree when the Duma was in recess, although these required ratification by the legislature within two months of reconvening. The Fundamental Laws also confirmed the position of the conservative State Council as an upper chamber having equal legislative rights to the Duma, with half of its members appointed by the monarch and half elected by institutions, such as the nobility and local government bodies (zemstvos).

The October Manifesto plunged Russian political associations from underground activity into open parliamentary politics. Radical left-wing parties, including the Bolshevik and Menshevik factions of the Social Democrats and the Socialist Revolutionaries, tended to boycott Duma elections, arguing that the legislature only served the counterrevolutionary cause. Deputies affiliated with the socialist parties were elected, however, and the peasant-based Trudovik group, among them Aleksandr Fyodorovich Kerensky (1881–1970), also demanded radical improvements for the rural poor and urban workers. On the extreme right, ultra-conservatives founded the Union of the Russian People, dedicated to the defence of the old order, ethnic Russian nationalism, and anti-Semitism, advanced through messages of loyalty to the Tsar, street demonstrations, and armed attacks on opposition figures and Jews. From the liberal movement, the Constitutional Democratic Party, or Kadets, aimed at being a national, classless party. Its leadership, however, dominated by Pavel Nikolaevich Miliukov (1859–1943), was drawn largely from professionals and liberal landowners. It sought an extension of political concessions, reforms such as progressive taxation, and distribution of private land to the peasantry with compensation by the government, where necessary. To the right of the Kadets, the Union of 17 October was supported by the moderately conservative nobility and commercial figures, such as wealthy industrialist Aleksandr Ivanovich Guchkov (1862–1936). The Octobrists rallied around the monarchy and the principles of the October Manifesto, rejecting political upheaval and desiring further reform through cooperation with the regime. Other industrialists backed smaller groups between the Kadets and Octobrists, forging them into the Progressist Party by 1912.

The Russian Parliament until 1914↑

The First Duma only lasted from April to July 1906. The Kadets were strongly represented, and they pushed for a ministry responsible to the Duma, the abolition of the State Council, amnesty for all political prisoners, and land expropriations. The government refused to consider such measures and the showdown ended with the Duma’s dissolution. Kadet deputies issued the Vyborg Manifesto, named after the city in autonomous Finland where the deputies rallied, appealing for a campaign of civil disobedience. The population at large did not respond and the government sentenced 166 deputies to imprisonment, prohibiting them from further political activity. The new Prime Minister, Pyotr Arkad’evich Stolypin (1862­–1911), supported conservative candidates in elections to the Second Duma. While the right wing strengthened, the number of left-wing deputies also increased. The polarised Second Duma met from February 1907 and was marked by bitter conflict, particularly over agrarian reform. On the pretext of a supposed plot by a Social Democratic faction for military insurrection, the Duma was dissolved again in June. A new electoral law, promulgated by the government, enhanced the representation of landowners at the expense of peasants, the urban population, and national minorities. The resulting Third and Fourth Dumas were dominated by moderates and the right. The Third Duma met for its entire term, 1907–1912, passing Stolypin’s programme for peasant smallholders but achieving little else in terms of legislation. Disputes over naval reform and the spread of zemstvos to the western provinces drove a wedge between government and most Duma parties and split the moderates, problems which persisted despite the Fourth Duma’s position of patriotic solidarity when war broke out.

The Duma in the First World War↑

Duma deputies on the whole welcomed hostilities. In the spirit of national unity, Octobrist Duma president Mikhail Vladimirovich Rodzianko (1859–1924) agreed to suspension of the legislature. At a one-day session on 26 July (8 August) 1914, representatives of the leading factions called for a pause in parliamentary struggles until the national danger passed. This reflected the patriotic fervour of the time but also fear that the government might use the situation to abolish the Duma altogether. The Duma met for just three days in January 1915, six weeks in the summer of 1915, from February to June 1916, and again in November 1916. From summer 1915, with the country facing military defeats, supply crises in the army and on the home front, spiralling inflation, and mounting public discontent, exacerbated by a rapid turnover of ministers, so-called "ministerial leapfrog", Duma members became increasingly critical of the government. In August 1915, deputies from all parties except those on the far right and left joined the Progressive Bloc, which demanded a government that had the country’s confidence. Pavel Miliukov opened the Duma session of November 1916 under pressure to reconcile advocates of more militant opposition in the Bloc and the country at large with those in favour of restraint. His speech contained a catalogue of criticisms of the record of Prime Minister Boris Vladimirovich Shtiurmer (1848-1917), each followed by the question "Is this stupidity or is it treason?", but it did not attack the tsarist regime in general. Whatever the intentions of the speech, it inspired widespread protests and became known as the storm-signal for revolution. When the regime fell in February 1917, leading figures from the Duma, such as Miliukov, Guchkov, and Kerensky, formed a Provisional Government, but the new government was swept away in October 1917 by the Bolshevik uprising.

Failure of the Constitutional Experiment↑

Historians disagree over the role of the war in the failure of Russia to develop a parliamentary democracy. Some, such as Norman Stone, argue that shoots of democracy evident in the Duma were crushed by the strains of prosecuting war. Others, like Hugh Seton-Watson, contend that Russia entered the war with a political system on the verge of collapse.[1] The Duma was beset with problems, including the ambivalence of the tsar and political groups on the right and left; the distance and hostility between government and parliament; the absence of effective procedure for passing legislation; unreasonable expectations; the intractable issues facing the country; and the lack of deep roots of moderates in a nationwide social constituency. Caught between an increasingly radical population and an intransigent Tsar, constitutional Russia struggled to find a middle path. 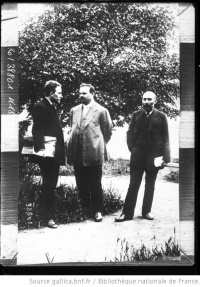 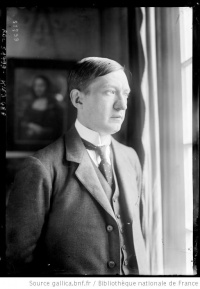 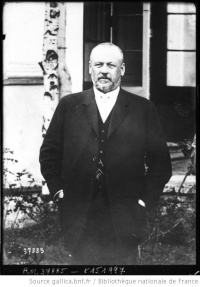 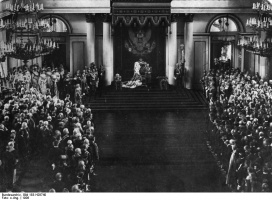 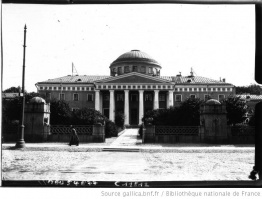