Social Darwinism was an intellectual movement of the late 19th and early 20th centuries that merged Charles Darwin’s biological theory of evolution with theories about human economies and societies. Social Darwinism indirectly contributed to German militarism and World War I. Scholars continue to debate the extent to which Social Darwinism underpinned British, European, and American poor laws, philanthropy, and eugenics.

Charles Robert Darwin’s (1809-1882) highly influential On the Origin of Species (1859) and The Descent of Man (1871) catalyzed existing social, economic, and political developments by providing new conceptions of man and his place in the world. Scholars and public discourse often ascribe late 19th-century paternalistic philanthropy and early 20th-century racism and eugenics directly to Darwin’s evolutionary theory. This direct attribution, however, oversimplifies and misinterprets Darwin’s legacy for scholarly and popular British, European, and American ideologies.

Darwin intended his theory of natural selection of species (first published in On the Origin of Species) to apply to animals, not to man. He referred to “races“ to denote species in general, not human race or ethnicity, yet the late 19th-century scientific philanthropy milieu provided an ideal setting for natural selection to extend to humans. Social, religious, and charitable leaders had for centuries debated how to serve putative worthy dependents (children, the ill, the disabled, the insane, and the elderly) without fostering dependence among those able to work or become self-sufficient. By Darwin’s time, many institutions that served the poor and dependent, including orphanages, asylums, hospitals, poorhouses, and workhouses, had been tested in Britain, Europe, and the United States with varying results. Seminal works including Adam Smith’s (1723-1790) The Wealth of Nations (1776), Thomas Robert Malthus‘s (1766-1834) Essay on the Principle of Population (1798), and Herbert Spencer’s (1820-1903) Social Statics (1851) informed the debate over whether poverty was a structural or economic problem of society or the result of individual moral failing. The phrase “survival of the fittest,” often attributed to Darwin, became commonplace after On the Origin of Species (1859). Spencer, however, had first used the phrase in Social Statics (1851). At the end of the 19th century, Darwin’s evolutionary theory, therefore, catalyzed debates over the effectiveness of public welfare, poor relief, and philanthropy.

The applied theory of Social Darwinism repurposed Darwin’s most popular concepts for application to humans. These included competition, struggle, survival, fitness, and adaptation. The new industrial society already valued productivity, performance, and capital accumulation; Social Darwinism further legitimized these objectives. On the Origin of Species promoted the notion that inherited characteristics, not only education, played a role in the collective fitness of a people. Fitness, among Social Darwinists, came to mean individual self-sufficiency to support national goals. The fittest humans successfully competed, adapted, and dominated; society rewarded intelligence, skill, and industry. The logical corollary was that weaker individuals could not complete effectively, so naturally fell to the bottom rung of the economic and social ladder. Competition, or the struggle for survival, moreover, actually improved the quality of the human species through heredity.

Darwin’s evolutionary theory, taken together with contributions from Smith, Malthus, and Spencer, argued on behalf of a laissez faire approach in which the “fittest“ members of society survived and state intervention was minimal. Poor laws and benevolence continually evolved to minimize public welfare yet still support society’s weakest members. Plans for moral reform of the poor grew increasingly sophisticated among scientific philanthropists who adopted Darwinian metaphors. Linking the eugenics movement directly to Social Darwinism, however, is problematic. By the time The Descent of Man (1871) was published, Darwin’s evolutionary theory regarding animals was widely accepted and increasingly applied to humans. Darwin admired his cousin Sir Francis Galton’s (1822-1911) Hereditary Character and Talent (1865) and related works that viewed human fitness as comprising intelligence, accumulation of wealth and contribution to the arts and sciences. Man would never allow heredity or natural selection to occur unchecked within the human race, however, as altruism, benevolence, sympathy, and humanitarian sentiment were also by-products of nature. As a result, social welfare systems would always support the so-called unfit, dependent members of society. Social Darwinism linked judgement of the unfit, indigent, and underclass to the evolutionary continuum, and thereby undergirded British and European poor laws, charity, and social welfare systems.[1]

The Social Darwinist worldview coalesced around these central elements: evolutionary laws were common to humans and nature, competition for resources led to a struggle for existence among individuals and societies, and adaptive traits could be passed on to successive generations of humans.[2] The connected elements, however, did not form a particular vision for the optimal conditions for human existence. Some historians have argued that Social Darwinism contributed to World War I because it provided a rationale for warfare to secure national interests.[3] It is clear that Social Darwinism proliferated in German social and scientific circles, helping to prepare an intellectual justification for Germany’s entry into World War I. Some Social Darwinists concurred that the struggle for survival was natural and that war was an inevitable manifestation of man’s struggle, although the pro-war discourse was offset by those who favored pacifism or peace biology.[4] Social Darwinism’s emphasis on struggle, however, did not furnish a unanimously accepted rationale for warfare and aggressive assertions of nationalism.

German General Friedrich von Bernhardi (1849-1930) defended what he called the “biological necessity of war,” building on academic tradition of zoologist and geographer Friedrich Ratzel (1844-1904).[5] Scientist Ernst Heinrich Philipp August Haeckel (1834-1919), Germany’s most influential Social Darwinist, believed in an autocratic German state and the superiority of German culture. He advocated humanity’s collective struggle as expressed through militarism, nationalism, imperialism, and racial competition. Haeckel therefore condoned Germany’s entry into the war. Haeckel fervently supported nationalism and imperialism through the German Colonial Society and by co-founding the Pan-German League.[6] German anthropologist Otto Georg Ammon (1842-1916) also applied Social Darwinism when he argued that people of Germanic descent dominated European aristocracies. In The Social Order (1895), Ammon noted, “war is a blessing for humanity, since if offers the only means to measure the strengths of one nation to another.”[7]

Social Darwinism remained open to multiple, contradictory interpretations up to and throughout World War I, particularly in Britain and Germany. Both anti-war and pro-war advocates relied on the discourse of Social Darwinism during the war. Anti-war pacifists, who coalesced as the peace movement, believed that so-called inferior races would naturally die out through peaceful, competitive means. To pacifists, Social Darwinism supported struggles over ideas or market competition, not violence. The American peace advocate George Nasmyth (1882-1920) wrote that militarists profoundly misread Darwin, arguing instead that Social Darwinism represented a doctrine of moral laws and social instincts. Stanford University President David Starr Jordan (1851-1931) published and spoke widely in the 1910s, engaging Social Darwinism in opposition to war.

Pro-war advocates argued that even violent racial extermination could result in progress for the human race. Social Darwinists, moreover, promoted a different interpretation of the level of society to which Social Darwinism should apply, such as the individual, tribe, race, army, or nation. Those who applied Social Darwinism to nations’ struggles believed that individual rights existed only as subordinate to national duties. They justified military conquest as the only avenue for expanding their population and resources, including land. Prevailing in warfare, the ultimate test of a nation’s superiority, prevented modern nation-states from stagnating and assured not only their survival but their prosperity.

Social Darwinism appeared in varying forms around the world for decades. By the early 1900s, the influence of Social Darwinism could be seen in the United States’ systemic racism, compulsory sterilization laws, social welfare systems, and the field of criminology. Scholars are divided on how Social Darwinist ideology may have led directly to Adolf Hitler‘s (1889-1945) rise within the Nazi party. Bioethical debates in modern genetic science still hark back to Darwin’s evolutionary theories and their implications. Multiple and incompatible interpretations of Social Darwinism continue to exist in scholarly and popular sources. Social Darwinism remains a complex intellectual concept that risks being distorted or misapplied to biological theories of the human condition. 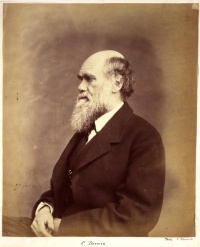