After fifty months of German occupation, a minority of French, and the majority of 7 million Belgians, experienced a new and massive process of retribution. A comparative study of these retribution processes reveals a contrast in experience between the revenge expressed by the Belgian population and the silence of the occupied French against traitors and profiteers.

Retribution after the War↑

After fifty months of wartime occupation by Germany (August 1914 to November 1918), a minority of French from ten departments, and the majority of 7 million Belgians, experienced new processes of retributive justice. Understanding World War I-era retribution requires a reference to World War II. In Belgium, the majority of literature produced during the interwar period was patriotically oriented and focused on the destiny of the roughly 300, mainly Flemish-speaking Belgians who had been political collaborators with the German Flamenpolitik (known as Activists), promoting the dismantling of the Belgian state. The second German occupation (1940-1944) brought about political retribution on a grand scale against those who had collaborated with the Third Reich: military tribunals conducted 400,000 prosecutions, enacted 60,000 sentences, deprived 90,000 people of their civil rights, pronounced 1,240 death penalties, and carried out 242 executions. For a long time, World War I repression was seen through the lens of World War II. The greatest symbol of this link remains the famous Flemish Activist, August Borms (1878-1946), twice sentenced to death (in 1921 and 1944), elected in the 1929 elections, and executed in 1944, more for his role in World War I than World War II. The process of retribution remains a point of contention in Belgian political history. During the 1990s revival of First World War Studies, researchers revisited retribution as a larger political, juridical, societal, and transnational phenomenon in Belgium and Northern France. Wartime legislation, the role of military and civil justices, the sentencing of collaborators large and small, administrative purges, and pardon were the main elements of this new research.

The Belgian government in exile had to revise its criminal legislation which was inadequate to address long-lasting occupation. It signed into law state of war legislation (1916), crimes against the state security reinforcement (1916), and, in reaction to the transformation of the administrative map by the “Activists”, a new definition of political crimes (1917). Following liberation, political debates and pressure from the Belgian population extended the field of application of this legislation.

From October to December 1918, Belgian military courts used special legislation to intern around 5,000 people suspected of contact with the enemy. Some were subjected to mob punishment, at times aided by Allied soldiers: women’s heads were shaved, houses burned, and suspects physically injured.

In the framework of a state of war against Germany, which lasted until 30 April 1919, military prosecutors, aided by civilian magistrates, conducted inquiries. Suspects of espionage (civilians) and treason (soldiers) were sentenced by martial courts with mixed military and civilian judges, their verdicts confirmed by the Supreme Military Court (Cour militaire).

From 30 April 1919, all pending cases were transferred to the ordinary courts, except those involving espionage. As in France, Belgian criminal courts (Assises), composed of professional magistrates and a popular jury, convicted the accused of criminal offences against the security state. Misdemeanor courts with professional judges tried the petty cases (art. 122bis). Most of these petty cases were revised in appeal. In Belgium, of over 5,000 suspects, around 3,000 were sentenced for broadly defined economic support (art. 115), military support (art. 116-117), political support (art. 118bis), or denunciation to the enemy (art. 121bis/122bis). 30 percent were women, 10 percent soldiers; forty-one were given the death penalty, but none were executed.

As in Belgium, in liberated French departments, alleged collaborators and profiteers were molested by the mobs, while until 12 October 1919, military Conseils de guerre tried individuals for espionage or “intelligence” on behalf of the enemy. At least five civilians convicted of capital crimes were executed by firing squad in 1919 and 1920. The departmental criminal courts of the Nord, Aisne, Ardennes, Meurthe-and-Moselle, and Voges sentenced 123 people for “intelligence” on behalf of the enemy. The Cour d’assises du Nord tried eighty-three individuals (fifty-five men, twenty-eight women) from 1920-1925. Forty were acquitted; forty-three sentenced; only six were sentenced to perpetual deportation.

Contrary to Northern France, in Belgium, pressure from the population forced the government to expand the repression to an administrative purge, especially after the 1917 administrative splitting of Belgium between Flanders and Wallonia, supported by the German administration and the Flemish and Walloon Activists. State, judicial, provincial, and local administration were “cleansed” of the alleged collaborators. At least 1,637 civil servants were recalled or sanctioned by honorary juries, composed of high magistrates and civil servants. Corporative bodies of doctors, attorneys, and journalists proceeded to purge their own members. In 1934, Albert I, King of the Belgians’ (1875-1934) last political intervention was to set up a commission to put an end to these erratic purges. Amnesty debates and pardon policies lasted until 1940.

Finally, at the international level, after the Treaty of Versailles, the first attempt to build a system of international justice collapsed with the failure of the Leipzig Trials against German officials involved in war crimes in the occupied territories (1921).

During the war, legal repression in Belgium was orchestrated by traditional conservative elites, unfamiliar with a massive and lengthy occupation. Originally focused on the leaders of political collaboration, the government faced demands for justice against economic profiteers, fueled by a press recovering its freedom of speech. On the other hand, the Activist collusion with the German administration impeded the growing post-war demand for more autonomy for the Flemish population and the democratic modernization of the Belgian political and socioeconomic structure. The military occupation was considered illegitimate and retribution from the national justice system symbolized the reestablishment of constitutional integrity, conducted by the traditional liberal, Catholic, and emerging socialist political forces. In France, due to the preservation of a majority of the territorial, military, and political power by the Third Republic, occupation remained a secondary question and “traitors” considered negligible, while local resentment was covered up by victory. 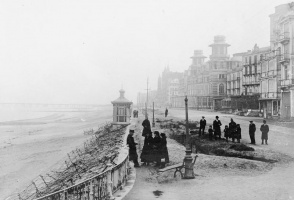