The Ottoman Empire’s entry into the First World War turned out to be disastrous for the Empire and its people as a whole. The Empire was underdeveloped, with a primitive economy and a sparse population. It lacked the most vital communication and supply infrastructure which its army would desperately need in a state of war. These factors, combined with the incompetent conduct of war, diseases, famine, wholesale and poorly handled enforced migrations and intercommunal violence, contributed to both military and civilian losses. The Ottoman territories of Anatolia, Syria and Iraq, especially, suffered the heaviest civilian losses during the war.

As is the case with most of the countries that fought in the First World War, the number of military and civilian losses of the Ottoman Empire still remains unclear. There has been a considerable amount of research and discussion regarding the military losses and their causes during the war. Therefore a scholarly consensus about the total number of military losses is partially achieved but one cannot say the same about the civilian losses. The absence of reliable statistical data on the Ottoman wartime population prevents the researchers from making a healthy estimate on the subject. Also, apart from some minor exceptions, no record was kept by the authorities regarding the civilian loss of life during the war. Without such source materials, any estimate to be made on the subject is bound to be mere guesswork.

The Ottoman Empire mobilized a total of 2,850,000 people between the years 1914 and 1918.[1] The first official figures on the military losses of the Ottoman Empire came shortly after the armistice. On 30 January 1919, the Ottoman government announced the military losses of the Empire as being 2,290,000. The Ottoman war dead were estimated as 325,000, of which 85,000 were combat related and 240,000 were due to diseases. The total number of permanently wounded, sick and missing added up to 1,965,000.[2] However, in the late 1920s, Ahmed Emin [Yalman] (1888-1972), who was allowed to see the records kept by the Medical Department of the Ministry of War, found a much higher figure for the total number of the Ottoman war dead. For nine Ottoman armies, three independent army corps, independent units in distant fronts (Asir, Hejaz, Yemen) and enlistment stations, Emin estimated the death toll at 535,137, of which 466,759 were disease related and 68,378 were combat related.[3]

A more recent estimate on disease-related deaths was made by historian Hikmet Özdemir who analyzed the statistical data, which had been compiled shortly after the war from military hospital records by the Army Medical Department. This new study provides a more accurate picture about disease-related deaths except several undocumented deaths by disease that did not make the list. The figures are considerably lower than Ahmed Emin’s estimates. Though it may be considered a reliable source for disease related losses, however, this data does not provide accurate information about combat losses.[5]

Table 2: Military Losses According to the Hospital Records[6]

Table 3: Number of Cases of Various Diseases and Deaths due to These Diseases[7]

Regarding combat losses, Turkish General Staff’s official campaign histories provide relatively accurate numbers for most of the engagements. These numbers include killed in action, wounded in action and missing in action. Edward J. Erickson’s consolidated estimate of these numbers may be considered reliable, as he compiled all the available data from the official campaign histories.[8]

There is no accurate figure regarding the Ottoman population at the outset of the war. The estimates about the Ottoman wartime population were based on the census records dated 1906. These records were far from being reliable and were updated in 1914, after the Empire had lost most of its territories in Europe and all the territories in Africa. The records show the total population of the Ottoman Empire in 1914 as 18,520,016, of which 15,044,846 were Muslim and 3,475,170 were non-Muslim.[11] It is unclear how accurately the influx of the Muslim refugees from the Balkans and the loss of the Muslim population who were left behind had been reflected in the updated data. In addition to the unreliability of these statistics, no record of civilian deaths was properly kept during the war in any part of the Empire, including Istanbul. Also, when we bear in mind that regions such as Syria, Iraq and Hejaz, were all lost at the end of the war, and that the first modern census of the remainder, Anatolia and Thrace, had been taken in 1927, we do not have any data about a post-war population at our disposal to make even a simple deduction.[12] This makes it impossible to properly calculate the Empire’s civilian war losses during the war.

Of all the regions of the Ottoman Empire, the heaviest loss of civilian life occurred in Eastern Anatolia. Those regions endured fierce battles between the Ottoman and Russian armies and faced the most violent kind of intercommunal warfare. With the Russian invasion, 1,604,031 Muslims were officially registered as refugees who fled west. Those who died along the road from hunger, disease or massacre, numbered 701,166.[13] The total number of Muslims who died in Eastern Anatolia is estimated at around 1,500,000.[14] It can be assumed that disease and starvation were among the major factors contributing to these numbers.

The Armenian losses in the region also reached staggering numbers throughout the war. The total number of Armenian deaths during the war is still a matter of dispute among scholars. Disease, starvation and massacres on the road claimed the lives of 600,000 to 1,500,000 Armenians during the mass deportation of this minority who numbered between 1,300,000 and 2,000,000 before the war.[15] Combined with the losses suffered by the Assyrians, which cannot be estimated properly, the war ended with the effective eradication in Anatolia of two minorities who had been rooted there for millennia.[16]

The population in the west was not exempt from the horrors of war. In Western Anatolia, an estimated number of 200,000 Greeks died during forced relocations and in labor battalions.[17] The total number of Muslim dead in Western Anatolia could never be known.[18] Most of the deaths in Western Anatolia might have been caused by disease. Limited recorded data shows that in Western Anatolian towns, even ordinary diseases could not be cured and caused death in all the cases. Of all the cases of various diseases, mortality rate was close to 90 percent.[19] Even though we don’t have any recorded statistics, as the 1918 Flu Pandemic (Spanish Flu) swept through the world, the Ottoman Empire was known to have been greatly affected.[20]

Syria was another region that suffered horribly during the war. About 500,000 people died of starvation and disease. Starvation, the main reason for those deaths, was the result of the Allied naval blockade, the ineptitude of Ottoman officials governing Syria and natural disasters, such as the locust plague of 1915 and the east winds of 1916, both of which had a destructive effect on harvests.[21]

Iraq was another region that turned into a battlefield during the war. But there is no estimate regarding the civilian losses there. We can only assume that, like other regions of the Empire, disease and starvation caused the majority of deaths. Epidemics started in Baghdad, as early as November 1914, because of major floods.[22] Also, the civilians were directly affected by combat in places such as Kut al-Amara. During the Siege of Kut, which lasted for five months, 247 civilian residents of the city perished.[23] The Ottoman Army faced a number of rebellions in 1915, in towns such as Najaf, Karbala, Al-Kufa, Al-Shamiyya and Tuwayrij. Army units were sent to deal with those rebellions and fierce fighting occurred in those towns, causing significant collateral damage.[24] Finally, there were punitive expeditions conducted by both the Ottoman and British armies on Arab tribes, most of which possibly resulted in numerous non-combatant deaths.[25]

Roughly, more than two thirds of the Ottoman military personnel became casualties during the war. It is obvious that the Ottoman army fought a war, not only against the enemy forces, but also against epidemics. For every soldier who died in combat or of his wounds, two soldiers died of diseases. The destructive effect of the diseases on the army did not appear to have been taken under control during the war. As the war ended, Ottoman military dead was around 650,000.

While the mortality rate at the frontline was appalling, on the home front it was no different, if not worse. In addition to widespread starvation and diseases, hundreds of thousands of Muslim refugees died while trying to flee the Russian army and Armenian bands in Eastern Anatolia. More than a million Greeks and Armenians were forced to move out of their homes. They were forced to travel long distances under extremely harsh conditions, facing constant attacks. Only a small number of them survived the war. They died of diseases and hunger or were massacred on the road. Although it is hard to estimate the civilian loss of life during the war, with the current estimates at hand, it could be no fewer than 3,000,000. With a huge part of its Muslim and Christian population dead, demographics of Anatolia had been altered dramatically. The effect of the Muslim losses would be seriously felt during the Turkish War of Independence and later, while building the modern Turkish Republic out of the ashes of the Ottoman Empire. For the Armenian people, it was a disaster, which violently ended their presence in Anatolia. And finally, for the Greeks, it paved the way for a similar fate, which was to come a few years later. 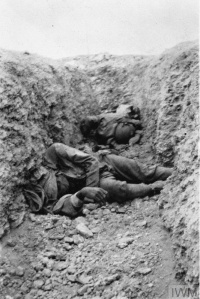 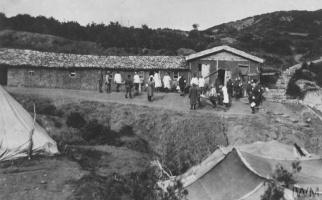 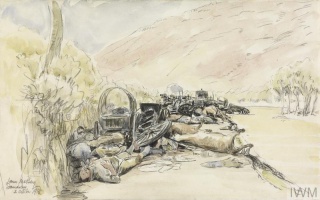 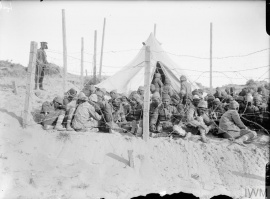