Friedrich Naumann’s Mitteleuropa (1915) was a liberal voice in the largely illiberal German discussion on the future of East Central and South East Europe. His reasoning, based on principles of free trade and voluntary cooperation, did not dominate this debate, which, in consequence, centered upon German territorial annexations.

Besides being a geographical description, Mitteleuropa denotes both a direction in German economic and political thought and the title of the most popular wartime utopia, penned by the German liberal politician Friedrich Naumann (1860-1919) in 1915. Naumann’s concept envisaged economic and cultural cooperation of the region’s inhabitants in the formation of a free trade zone. Despite its (short-lived) popularity, this liberal project did not dominate the German Mitteleuropa discourse. Unlike Naumann, most of the relevant authors pursued an illiberal and chauvinistic program based on territorial expansionism of the Reich.

Prelude to and Context of the Mitteleuropa Concept↑

Although the idea of the economic and political unity of East Central and South East Europe under the aegis of Germany dates back to the first half of the 19th century, the concept gained increasing popularity in the two closing decades of the century. Most German authors, notably Lujo Brentano (1844-1931) and Walther Rathenau (1867-1922), who dominated this debate envisaged a customs union based on an agreement between the German Reich and Austria-Hungary and subsequently joined by the Balkan states. In their view, access to the markets and natural resources of the region could, albeit only partly, replace the disappointing progress of the German imperialism.

Austro-Hungarian responses varied. On the one hand, German nationalists, notably Heinrich Friedjung (1851-1920), supported closer ties with Germany, believing these ties would strengthen their nation’s position in the monarchy at the expense of the Slavs. On the other hand, Austria’s industrial circles feared the competitive force of German industry (and, conversely, Germany’s big agricultural producers pledged to maintain high tariffs to protect their incomes). During the First World War, Austria-Hungary’s attitude to the project was rather half-hearted. In addition to other problems, the Habsburg partner of the planned union was largely preoccupied with negotiating a renewal of the Austro-Hungarian compromise. In effect, wartime discussions between the two allies did not lead to any practical outcome.

The outbreak of the Great War accelerated the Mitteleuropa debate. Drafts of various options for a future customs union were forged by the Austrian social democrats and the think tank around Joseph Maria Baernreither (1845-1925), a member of both chambers of the Austrian parliament (Abgeordneten- und Herrenhaus). In Germany, Rathenau’s project reappeared on the political agenda, accompanied by many other economic considerations. All this, however, was soon pushed into the background by German annexation plans. In 1914, the German Reich’s authorities were flooded by memoranda demanding the inclusion of the so-called Grenzstreifen (Polish border strip). As illustrated by Imanuel Geiss (1931-2012) in the 1960s, the idea of territorial expansion in Poland combined with plans to displace Poles and Jews and resettle Russian Germans in the newly acquired areas had been widely accepted by the German Reich’s political mainstream by 1916.[1] Within this discourse, the concept of Mitteleuropa acquired imperialist and, at times, racist content as it fused the initial economic ideas with the ideology of the German Lebensraum.

In May 1915, the offensive of the Central Powers started to push Russia out of the predominantly Polish-inhabited areas of Galicia and the so-called Congress Kingdom. The acquisition of Poland fuelled the German Mitteleuropa debate. During the negotiations between Austria-Hungary and Germany in autumn 1915, a possible incorporation of this land into the Habsburg Monarchy was discussed in the context of a customs union between the two states. At the same time, it was hoped that territorial expansion would alleviate the detrimental effects of the continental blockade.

Friedrich Naumann’s book Mitteleuropa was published in autumn 1915. It sold almost 200,000 copies (not including foreign-language translations). Naumann, a liberal, aimed, in Moshe Zimmermann’s words, at “bridg[ing] the gap between the conservative and the modern by developing a liberal German nationalism adapted to its industrial and capitalist environment”.[2] He criticized any imperialist expansion, to which he juxtaposed peaceful coexistence of nations. In his treatise, he considered the economic and cultural ties that kept Central Europe together in all its ethnic variety:

It is like a sea in which all kinds of fish disport themselves. And nowhere are limits or divisions sharply fixed. All is in flux, pushing and pressing in confusion, whispering and shouting, pleading and scolding, praying and calculating. Unless all these people are willing, the Archangel Michael himself cannot mould them into his heavenly legion.[3]

Yet, this multiethnic and multilingual space was, in Naumann’s view, bound together through common interests and culture, representing “das mitteleuropäische Wirtschaftsvolk” (the Central European economic nation). In subsequent editions, Mitteleuropa was amended with a section devoted to Bulgaria and accompanied by shorter publications by Naumann devoted to especially complicated questions of the future union, i.e. the Polish and Jewish cases. Naumann himself traveled widely within the allied and occupied territory advocating his cause. One of his longest trips led him to Warsaw and Lodz where, much to the displeasure of the German authorities, he joined local Polish and Jewish political activists in their criticism of requisitioning by the German military.

Naumann’s book won recognition from many German and Austrian liberals. Some, notably Hermann Oncken (1869-1945), added historical arguments, while others, such as the Polish political activist Wilhelm Feldman (1868-1919), supported it with local expertise. In contrast to the response of liberals of various nationalities, Mitteleuropa was sharply criticized by German nationalists attached to the annexation and resettlement projects. Perhaps more importantly, even Naumann’s liberalism and openness could not obscure the fact that any German-led Central Europe would expect non-German nationalists, of whom Poles and Czechs were the most numerous and politically active, to disavow projects of political independence. Consequently, there was very little support for Mitteleuropa among its future citizens. Notwithstanding these difficulties, in early 1918, when the Central Powers signed a treaty with Ukraine, Naumann had hopes of his plan becoming reality. This was, however, the last victory of German liberal imperialism.

In the last months of the Great War and in the interwar period the concept of Mitteleuropa moved decisively to the right. Paired first with the political agenda of Paul von Hindenburg (1847-1934) and Erich Ludendorff (1865-1937) and then with German geopolitics, it became part of the revisionist agenda and, finally, of the Nazi ideology. In an article in the “Historische Zeitschrift” in 1942, Helmut Rumpf (1915-1986) characterized it as a “political and judicial precondition to the Reich”.[4] Ironically, though Naumann’s idea was very different from this reasoning, Mitteleuropa came to connote German expansionism and Lebensraum fantasies, and kept this association until the renaissance of the cultural concept of Central Europe in the 1980s. 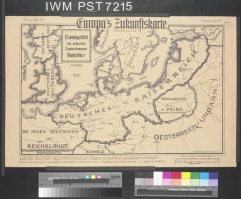 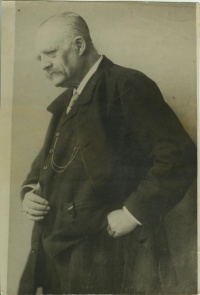