David Beatty was a British admiral. He is best known for leading Britain’s Battlecruiser Fleet in its disastrous rendezvous with Germany’s High Seas Fleet at the Battle of Jutland. An audacious officer whose actions at Jutland remain controversial, Beatty nonetheless crafted a highly successful career in Britain’s Royal Navy.

Prewar Heroics and Rise to Command↑

Passing out from the naval college at Dartmouth in 1886, David Beatty (1871-1936) enjoyed the support of many influential persons throughout his career. One benefactor was Stanley Colville (1861-1939), who selected him to command a gunboat in the flotilla accompanying General Sir Herbert Kitchener (1850-1916) during his campaign in Sudan. When Colville was injured in 1896, Beatty assumed command of the flotilla and distinguished himself in action, winning a distinguished service order (DSO) and a promotion to commander.

Beatty’s meteoric rise continued as a result of his service during the Boxer Rebellion in 1900. Serving as executive officer to Colville, then commanding HMS Barfleur, Beatty led a contingent of that ship’s sailors in combat at Tientsin. Following his heroism in China, he was made captain at the remarkably young age of twenty-nine.

At the beginning of 1910, Beatty attained the rank of rear admiral, and by the beginning of 1912, he was serving as naval secretary to First Lord of the Admiralty Winston Churchill (1874-1965). Beatty’s promotion to flag rank made him the youngest officer to be promoted in such a way in over a century.[1] In 1913, he became the commander of the British Battlecruiser Squadron, a position that would make him one of the most controversial figures of the Great War.

The Battles of Heligoland Bight and Dogger Bank↑

In the course of World War I, Beatty had three opportunities to display his ability as a squadron/fleet commander. Beatty’s first experience of war at sea was on 28 August 1914, off Heligoland Bight. Although not the architect of the operation, which became the Great War’s first major naval engagement, that distinction belonging to Commodore Roger Keyes (1872-1945), Beatty’s timely intervention resulted in considerable damage to German naval forces and a clear-cut victory for the Royal Navy. However, poor information sharing before the battle, and poor communications throughout the fight, deprived the British of even greater success.

In Beatty’s next action, the Battle of Dogger Bank on 24 January 1915, poor communications once again plagued the Royal Navy. Relying on superior signals intelligence from the admiralty, Beatty led a force built around five battlecruisers to intercept Franz Hipper’s (1863-1932) First Scouting Group. After gaining an early advantage that forced Hipper into headlong retreat, damage to Beatty’s flagship HMS Lion, and a confusing series of signals issued from the flagship, resulted in only one of Hipper’s ships, SMS Blucher, being lost. Despite being victorious, the battle illuminated British problems in communications and standard operating procedures that discouraged individual initiative.

Despite an otherwise illustrious career, Beatty’s reputation as an admiral is most closely tied to the dismal performance of his Battlecruiser Fleet in the Battle of Jutland from 31 May to 1 June 1916. In this fight, Beatty played a key and highly controversial role. Sortieing once again upon receiving signals intelligence from London indicating Hipper’s Scouting Group was putting to sea, Beatty aggressively led the Battlecruiser Fleet in a dash at Hipper’s forces. Beatty’s force contained six battlecruisers and Rear Admiral Hugh Evan-Thomas’s (1862-1928) Fifth Battle Squadron (comprised of four Queen Elizabeth class battleships – the most modern of Britain’s battleships). In his haste to come to grips with his old adversary, Beatty initially outstripped the support of Evan-Thomas’s battleships and surrendered the advantages of superior range and weight of shot that his battlecruisers had over the Germans. The results were disastrous. In short order, the British lost the battlecruisers Indefatigable and Queen Mary, and the lives of more than 2,200 sailors.

Beatty’s battlecruisers and Evan-Thomas’s battleships were being drawn into a trap. Following Hipper’s First Scouting Group was the main force of Reinhard Scheer’s (1863-1928) High Seas Fleet. With Scheer pressing on, Beatty turned his forces north to lead the Germans into a clash with the battleships of Admiral John Jellicoe’s (1859-1935) Grand Fleet. Regardless of poor communications from Beatty, leaving Jellicoe without proper situational awareness, the Grand Fleet’s battleships maneuvered expertly to steam into line, firing broadsides into the bows of the German fleet. The Grand Fleet’s twice crossing of the German T forced Scheer to withdraw from the fight.

Though Jellicoe was criticized for not delivering another Trafalgar, it was the losses to Beatty’s battlecruisers that gave Germany its greatest claim to success at Jutland. Despite earlier exposure to battle in the North Sea, Beatty failed to capitalize on his experiences and neither improved procedures for clearer communications nor engaged in practices facilitating more accurate gunnery. Indeed, British efforts to increase their rates of fire led to dangerous practices for the stowing and handling of ammunition. In sum, Beatty’s last experience of battle was his least fruitful. As Jutland scholar John Brooks noted, Beatty committed a catalogue of errors that were compounded by an uncharacteristic lack of composure. According to Brooks, “…there was little that was truly heroic in Beatty’s leadership at Jutland.”[2]

After the battle, Beatty and his supporters sought to cast the fight in a new light. To Beatty and his partisans, the battle was not a failure because of the losses to the Battlecruiser Fleet, but because Jellicoe did not annihilate the German fleet. Far from being held accountable for his failings at Jutland, Beatty was rewarded for his service – replacing Jellicoe as the commander of the Grand Fleet, once the latter was made First Sea Lord to deal with the U-boat menace.

In November 1919, Beatty became First Sea Lord – a position he would hold for eight years. Although his efforts to achieve a favorable interpretation of his role at the Battle of Jutland put him at odds with historians, his performance as First Sea Lord was more laudable. Beatty proved to be an adroit advocate for a potent Royal Navy, particularly during the negotiation of the Washington Naval Treaty. According to historian Andrew Lambert, it was Beatty’s time as First Sea Lord that showed his “true greatness as an admiral.”[3] 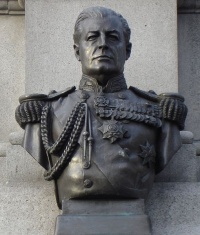 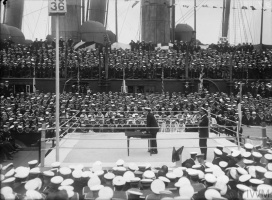 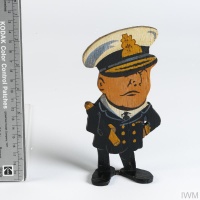 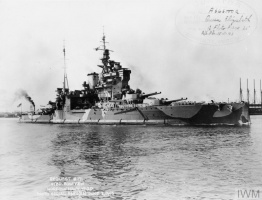 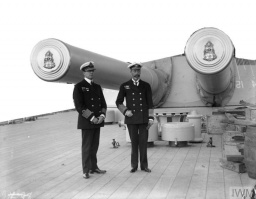