Wilhelmina, Queen of the Netherlands 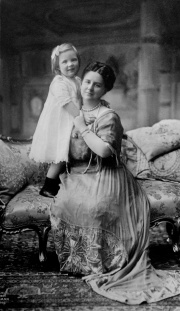 Queen Wilhelmina was by nature a forceful leader. The First World War showed that she lacked the meekness and patience that the head of a small neutral state required.

Though still quite young (she was nearly thirty-four), Wilhelmina (1880-1962) had been queen of the Netherlands for nearly sixteen years when war broke out in August 1914. She had always taken a great interest in the Dutch army and the nation’s defence. Repeatedly she described herself as a soldier at heart, although she did support the neutrality policy that formed the mainstay of Dutch foreign and defence policy. However, she believed that such a policy should be based on a position of strength, on a powerful and well-equipped army that could act as an effective deterrent. She was very suspicious of any disarmament plans, and did not welcome the two peace conferences held in The Hague in 1899 and 1907, in contrast to her ministers, who supported them. She further expressed her feelings by firmly declining to lay the first stone for the Peace Palace.

The Early Days of the War↑

The Dutch army mobilised on 1 August 1914. That same day the queen received the commander in chief, General Cornelis Jacobus Snijders (1852-1939), and arranged for a special liaison officer to keep her informed of all military developments. Most mornings she also received Prime Minister Pieter Wilhelm Adriaan Cort van der Linden (1846-1935) for a daily briefing.

In the first years of the war, Wilhelmina was a loyal supporter of her government. In addition, she frequently visited troops all over the country and furthered her popularity by her involvement in and financial contributions to the national relief organisation set up to assist families that were suffering as a result of the mobilisation. Her German husband, Hendrik, Prince, consort of Wilhelmina, Queen of the Netherlands (1876-1934), Duke of Mecklenburg and Prince of the Netherlands since 1901, was considered somewhat of a liability ever since he had expressed a keen desire to cross the Belgian border in August 1914 to visit some of his relatives fighting in the German army, and carefully kept away from all political matters.

As the British blockade policy and the German submarine warfare increasingly encroached upon Dutch neutrality, Queen Wilhelmina’s dissatisfaction grew. Hers was not the imperturbable, patient and compliant temperament that her government had adopted to safeguard Dutch neutrality. She demanded a more robust and defiant attitude towards the belligerents and by 1917 she regarded her ministers as weak-kneed and spineless.

Matters came to a head in the spring of 1918, when a conflict between the Minister of War and General Snijders led to demands for the latter’s dismissal. Queen Wilhelmina refused to cooperate in the removal of her favourite, even if this would lead to the resignation of her government. Prime Minister Cort van der Linden managed to persuade his colleagues to stay on, as a political crisis four months before the next general elections was not in the nation’s interest, but the relationship between the queen and her government remained poor.[1] The new government, led by Charles Ruijs de Beerenbrouck (1873-1936), was determined not to make the same mistakes. In November 1918 they asked the general to resign without first informing the queen.

The country at large was never aware of the clashes between the queen and her government. She remained popular, and the government made ample use of this in November 1918 to mobilise patriotic forces and quash the threat of a socialist revolution. The royal family was presented as the symbol of a unified nation, and when Belgium made annexationist claims at the peace conference in Paris, the queen and her family paid a triumphant visit to these threatened provinces to show the world that the local population preferred to remain Dutch.

As the Second World War was to show, Queen Wilhelmina’s soldierly temperament made her an ideal war leader. In 1940 she fled to England, where she became the focal point of her country’s resistance against the Nazis. As the then Prime Minister Winston Churchill (1874-1965) is said to have observed: "She is the only man in her cabinet." In contrast, the First World War had showed that she lacked the meekness and flexibility that the head of a small neutral state required. 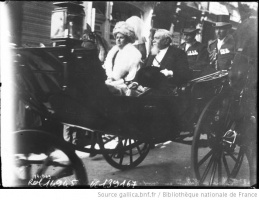