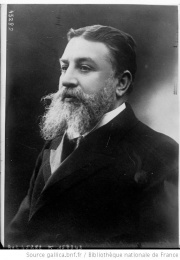 Dr. Vasil Radoslavov was a Bulgarian politician and Prime Minister from 1913 to 1918. As Prime Minister he played a decisive role in Bulgaria’s decision to enter the First World War on the side of the Central Powers.

Radoslavov's career before the Balkan Wars↑

Vasil Radoslavov (1854-1929) was born on 15 July 1854 in Lovech, a town in Central Bulgaria. He went to school in Lovech, attended university in Vienna, and studied law at the University of Heidelberg, where he defended his doctorate in 1882. After his graduation, Radoslavov returned to Bulgaria and became a clerk in the Ministry of Justice. He began his career in the Liberal Party and had already been elected to Parliament by 1883. In 1884 new parliamentary elections were held that the Liberal Party won. This time Radoslavov was appointed Minister of Justice. He kept this position until July 1886, when he resigned and left the Liberal Party. A month later he reemerged in Bulgarian politics as one of the leaders of the Russophobe camp. In August 1886 Radoslavov became Prime Minister and led a firm anti-Russian course that aimed to prevent Russian interference in Bulgaria’s internal affairs. However, the Russophobe camp was not united. There was conflict between Radoslavov and the other leading personality, Stefan Stambolov (1854-1895). In 1887 Radoslavov established a new opposition party that has since been known in Bulgarian history as the Liberal (Radoslavist) Party.

The Liberal (Radoslavist) Party governed Bulgaria twice, first between 1899 and 1901, during which Radoslavov was the Minister of Interior, and then again from July 1913 to June 1918, when Ferdinand I, Tsar of Bulgaria (1861–1948) appointed Radoslavov Prime Minister. Vasil Radoslavov was one of the main supporters of an alliance between Bulgaria and Germany during the First World War. The central point of the Liberal (Radoslavist) Party’s ideology in the sphere of foreign affairs was its pro-Western course and the conviction that Bulgaria’s national aspiration towards Macedonia and Trace would be solved by war. The party was the leader in the Russophobe camp, and Radoslavov was responsible for Bulgaria’s involvement in the war on the side of the Central Powers.

During the Balkan Wars↑

During the Balkans Wars (1912-1913) Radoslavov and his party were in opposition. The defeat of the Bulgarian army in June 1913 led to a national catastrophe. On 25 June Radoslavov and leaders of the National Liberal Party, Nikola Genadiev (1868–1923), and the Youth Liberal Party, Dimitar Tonchev (1859–1937), sent a letter to King Ferdinand. They accused Russia and the Russophile parties of causing a severe crisis after the Balkan Wars. Liberal leaders insisted on a new foreign policy directed towards the Central Powers. On 4 July the King appointed a new government led by Radoslavov. His cabinet was a coalition made up of members from the Liberal (Radoslavist) Party, the National Liberal Party, and the Youth Liberal Party.

The government was quite unpopular. Repression against the opposition during the elections in November 1913 and then again in February 1914 ensured a small governmental majority in Parliament, but good relations with the Central Powers discredited Radoslavov’s government in the eyes of the predominantly Russophile masses in Bulgaria. The government’s image became even worse after receiving a loan from the German bank Disconto-Gesellschaft in July 1914, as it later became known that banks in France and Britain had offered much better conditions. King Ferdinand’s and Radoslavov’s push for an alliance with Germany and Austro-Hungary became possible in 1915 when negotiations with the Entente powers failed due to the Entente’s inability to satisfy Bulgarian aspirations in Macedonia and Trace.

The Prime Minister Who Governed Bulgaria during the First World War↑

On 6 September 1915 the government signed an agreement with the Ottoman Empire, an ally of the Central Powers. The Ottoman Empire, already participating in World War I, had agreed to change the border in Bulgaria’s favor. On the same day, Bulgaria and Germany concluded another agreement that outlined territorial winnings for Bulgaria as compensation for Bulgarian participation in the war. That same day Bulgaria, Germany and Austro-Hungary also signed a military treaty that outlined Bulgaria’s military responsibilities. On 14 October 1915 Bulgaria entered the war.

When Bulgaria entered the war, Radoslavov was unjustifiably confident that Bulgaria’s participation in the war would continue until the winter of 1915-1916. It soon became clear that this was an illusion. The army fought on two fronts – one in Trace and Macedonia, and one in Dobruja – while the country was shaken by internal upheavals. Driven by economic dissatisfaction, frequent turmoil in the army in 1917-1918 exacerbated social unrest.

The End of a Controversial Political Career↑

The prolonged war, economic problems and social unrest forced King Ferdinand to dismiss Radoslavov’s government on 21 June 1918. On 29 September 1918 Bulgaria signed an armistice with the Entente and exited the war. Radoslavov escaped to Germany in the beginning of October 1918. As an émigré, the former Prime Minister participated in various public activities (he wrote articles and pamphlets and in 1927 even gave a lecture on Bulgaria at Leipzig University) that aimed at defending Bulgaria after the Peace Treaty of Neuilly-sur-Seine (signed on 27 November 1919). He lived in Berlin until his death in 1929. 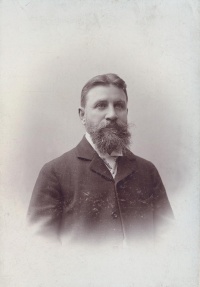 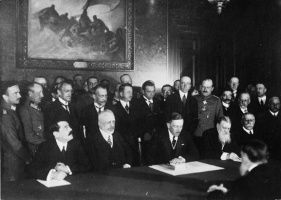