William G. McAdoo was an American politician and businessman. During World War I, he served as Secretary of the Treasury and director of the US Railroad Administration. In these positions he was the architect of the USA's wartime financial planning and responsible for keeping its largest railroads operating efficiently.

Secretary of the Treasury↑

Before entering politics in 1913, William Gibbs McAdoo (1863-1941) was a lawyer and railroad executive, first in Tennessee and then in New York City where he linked the city to New Jersey with tunnels under the Hudson River. McAdoo played a significant role in helping Woodrow Wilson (1856-1924) gain the Democratic nomination in 1912, and Wilson rewarded him by appointing him Secretary of the Treasury. On 7 May 1914, he became Wilson’s son-in-law when he married the president’s daughter, Eleanor Randolph Wilson (1889-1967). They had two children and divorced in 1934.

As war approached in 1914, American bankers feared its effect on the already struggling economy. McAdoo, at the behest of leading bankers, asserted strong leadership and pragmatism by ensuring that sufficient money would be on hand when banks opened on Monday, 3 August, on which date financiers feared panic. Subsequently, he also worked with Congress to amend pending legislation to allay the bankers’ fears. This action was indicative of his administrative style.

When the United States of America entered the war in April 1917, the government quickly decided to finance a large percentage of the war through bonds. By promoting four Liberty Bond drives, McAdoo’s policy allowed citizens to help finance the war while at the same time absorbing excess income, which the government hoped would help to curb inflation. McAdoo’s study of the American Civil War influenced his thinking. He believed that it was important to get citizens to view the war as a popular movement, which he argued his predecessor during the Civil War had failed to do. Thus, bonds would help make people believe they had a greater stake in the war effort.

McAdoo was at the center of a massive effort to sell war bonds to the American public. In his autobiography McAdoo wrote, “We went direct to the people and that means everybody...We capitalized on the profound impulse called patriotism.”[1] He went on speaking tours and worked with the Committee for Public Information to blanket the nation with propaganda posters, celebrity speakers hawking bonds, and so-called Four Minute Men who spoke in many public spaces urging their fellow citizens to buy Liberty Bonds. All four Liberty Loan drives were oversubscribed. This effort, coupled with the newly initiated income tax, had great effect on future financial policy. The bond drives and taxes reached deep into the middle and working class. The opportunity to purchase government bonds opened the door to investment possibilities that had not existed previously. Critics claimed such emotional appeals masked the real cost of the war. It is also reasonable to argue that such patriotic appeals helped pave the way for the post-war Red Scare. Others argued that McAdoo’s financial policies ultimately backfired and created inflation. However, he helped give the Treasury Department greater influence over the fairly new Federal Reserve Board, which Congress created in 1913.

Serving as the nation’s chief fundraiser was only part of the important contribution McAdoo made to the American war effort. In December 1917, the nation’s railroad network was on the verge of collapse. The network was overextended before the US entered the war and could not cope with the demands of mobilization. In the autumn of 1917, some coal mines and steel companies were being forced to close or reduce production because of transportation inadequacies. The situation reached a crisis point in December when the government refused to allow rate increases, which the carriers argued were necessary to make needed equipment upgrades. The denial of the rate increases prompted the railroads unions to threaten to strike; without increased rates, they would not get their desired pay raises.

The federal government promptly took control of the nation’s largest carriers and McAdoo became director general of the US Railroad Administration (USRA) whose mission it was to oversee the railroads. Government ownership of the railroads was a long held dream of many progressives; railroad management feared that McAdoo might prove that government ownership could succeed and accepted his leadership reluctantly. He quickly demonstrated his desire to keep the rails operating regardless of the cost. Much to the chagrin of railroad management, under McAdoo’s leadership the USRA often favored labor, granting wage increases and unifying work rules which management had consistently resisted. When the carriers returned to private control, overthrowing wartime labor rules was a prime objective. The support of railroad workers was crucial in McAdoo’s later bid for the Democratic presidential nomination. The government returned the railroads to corporate control in 1920.

Aside from Wilson, few Americans had a more significant role than McAdoo. While his actions in both arenas, finance and railroads, were criticized by some, they were largely successful, at least in the short term, and helped the nation and its associated Allies win the war. McAdoo resigned both government positions shortly after the war and returned to private law practice. Later, he returned to politics, making an unsuccessful run for the Democratic presidential nomination in 1924. Californians elected him to the US Senate in 1932; he resigned in 1938. 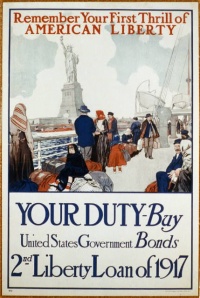 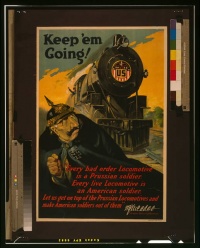 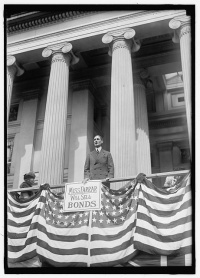 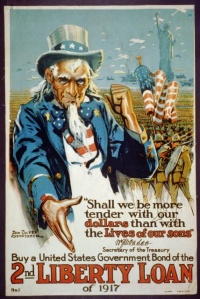 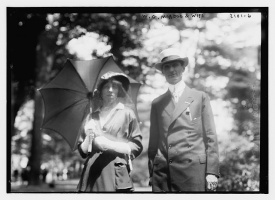