This article addresses the experience of Freiburg during the First World War, asking briefly how the problems that this city faced compared to those of other German cities.

Freiburg can hardly be described as a representative German city. Its ordeal during the war points nonetheless to problems that were common to German cities, as well as to circumstances that bred major differences in the urban experience of war in Germany. Like practically every German city, Freiburg faced a fundamental problem in that most of its inhabitants did not produce their own food; hence residents who had not been conscripted were dependent upon outside supplies that became increasingly scarce as the impact of the Allied blockade, the depopulation of the German countryside, and the overbearing demands of the army took hold. As in other cities, municipal institutions in Freiburg found themselves in a comprehensive bureaucratic morass, struggling to distribute inadequate supplies of food, fuel, and other essential goods at relentlessly inflated prices. The city’s economy likewise struggled to adapt to war production - an effort that required the feminization of the workforce and the ruthless shutting down of firms that were peripheral to the war effort. As it did elsewhere, shortage became the all-pervasive hallmark of the war; and it affected every dimension of urban life, leaving the city depopulated, impoverished, and exhausted in the fall of 1918.

Not So Common Problems↑

These difficulties were omnipresent in urban Germany. In Freiburg, several circumstances affected their impact in distinctive ways. The first had to do with the geographical location of the city. Freiburg lay close enough to an active sector of the front that the city’s residents could directly perceive the war. Artillery battles in the Vosges could be heard and seen. The hundreds of thousands of soldiers who saw action in these campaigns made their way through the city to the front; and many of them made their way back from the front through the temporary hospitals that made Freiburg one of the most important Lazarettstädte in Germany. The war in Alsace also turned the city into a strategic center, the headquarters of dozens of command centres, as well as the target of twenty-five French and British air raids, which took the lives of thirty-one residents and injured about a hundred more. At the same time, however, the city lay geographically isolated in the southwest corner of the country, so supplies of regulated foodstuffs and other critical materials made a long, often haphazard journey to the city from northern and central Germany over a single overtaxed rail line.

A distinctive social and economic profile likewise colored the impact of war in Freiburg. Before the war, the city’s economy had been geared to providing services to tourists and pensioners, as well as to students at one of the country’s premier universities. Industry had been small-scale, and there had been fewer factories of consequence than hotels, restaurants and taverns. The war then undercut these economic foundations. Tourists and students left the city. Small businesses struggled with the demands of military production. One consequence, however, was to leave class relations less polarized than in the centers of heavy industry to the north, like Mannheim. The weight of Catholicism in Freiburg contributed to this state of affairs. So did the moderation of the small Social Democratic labor movement. Its voice was loudest in representing the many grievances of the city’s poor and in opposing the extravagant annexationism of the Protestant university professors who led the local Fatherland Party. 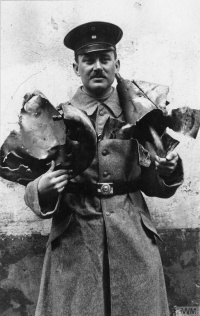 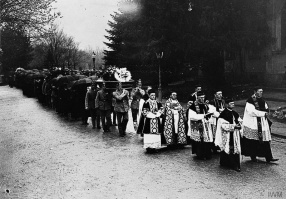 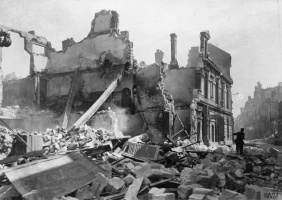 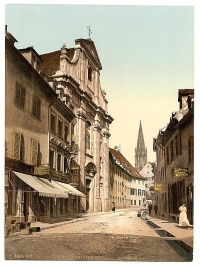