In the First World War, war toys were regarded as a means to strengthen children’s identification with the war effort. Production and consumption of war toys in 1914 to 1915 reached heights never seen before, but then lost pace because of a shortage of materials as well as public disillusionment.

The late 19th and first half of the 20th century was the heyday of war toys due to three developments: the increasingly close connection between military and society in European countries; the new importance accorded to children and their education in European culture; and the advent of mass production during the last decades of the 19th century. In 1914 and 1915, the production and consumption of military toys all over Europe reached heights never seen before. Manufacturers produced toy soldiers, cannons, airplanes, battleships, tanks (after 1916), and a wide range of board games directly relating to specific battles. Children in this war became, more than in any previous war, the target of propaganda; apart from children’s books and journals, toys were seen as one means to strengthen their identification with the nation’s war effort. War toys were gendered objects and primarily produced for boys, but autobiographical evidence suggests that girls played with their brothers’ toy soldiers, and not only with dolls clad as nurses.

Until the First World War, Germany had been the world’s most important producer of children’s toys, exporting military and non-military toys to most European countries and the United States. The war interrupted this practice, and countries such as France and Britain strove to quickly build up their own toy industries. Being able to provide children with toys in wartime was seen as an essential marker of national success. Toy soldiers, toy weapons, and even board games were regarded better when they were “realistic”, i.e. correct in the technical details of guns and in the colour of uniforms. Department stores in Britain, France, and Germany set up large battle scenes in their window displays, which claimed to represent battles “realistically” in terms of the intricacies of trench construction, artillery, soldiers’ uniforms, etc. While the combatant nations tended to celebrate both such representations and the production of war toys in their own country as sign of a healthy patriotism, they criticised the enemy nations for the very same actions. The Germans and the French, for example, accused each other of barbarizing their children by providing them with the most gruesome battle scenes.

Demise of the Toy Industry↑

The middle of the war marked both the high point and the beginning of the demise of the toy industry. During the latter part of the war, due to shortages of metal and the growing demands of the weapons industry, toy production declined considerably. By the end of 1916 toy producers noted that the demand for military toys lost pace, a symptom of a growing disenchantment with the war. After the war, military toys were largely but not completely out of fashion in most European countries, with Nazi Germany in the 1930s being the first European country to remilitarize children’s play. 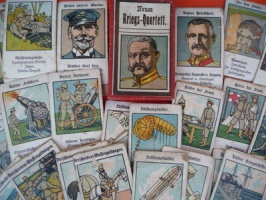 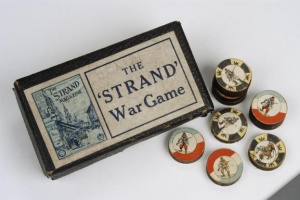 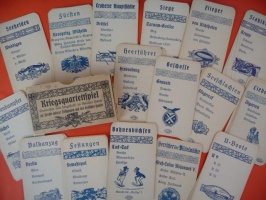 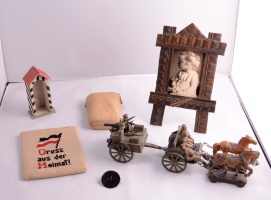