While the United States remained a neutral power up to April 1917, American volunteers contributed a total of over 3,500 personnel to ambulance work between 1914 and 1917, primarily serving with the French army. Three principal ambulance corps were involved: the American Field Service, the Harjes Formation, and the ‘Anglo-American’ Corps. Around one-third went on to serve in the American Expeditionary Force and other Allied armies and air services.

American war volunteering efforts in Europe began as soon as hostilities commenced in early August 1914, centring in large part on ambulance and other medical relief initiatives in France. Most of these efforts had an early association with the original American Hospital, founded four years earlier in Neuilly in Paris. Members of the expatriate American business community and individuals in and associated with the US embassy helped coordinate relief efforts and donated cars, money, and equipment.

In order to be able to treat battlefield wounded, a second institution, the American Ambulance Hospital (or American Military Hospital) was established on 9 August 1914, also in Neuilly, at the Lycée Pasteur. It had the backing of a number of prominent figures including Myron Herrick (1854-1929), the US ambassador in the early months of the war; his wife Carolyn "Kitty" Herrick (1855-1918); wealthy donors such as Anne Harriman Vanderbilt (1861-1940); and Herrick’s immediate predecessor as ambassador, Robert Bacon (1860-1919). The hospital was soon treating wounded soldiers ferried from the front during the First Battle of the Marne in early September. The work was aided by volunteer ambulance drivers, often young Americans who found themselves in Europe at the commencement of war; and it was in this direction of ambulance transport that relief efforts would increasingly focus.

In early October 1914 Harjes and his wife Frederica Berwind Harjes (1877? -1954), a member of the American Ambulance Hospital board, set up a mobile field hospital comprising several surgeons, orderlies, and drivers and set off to work in the Compiègne-Montdidier sector north of Paris, providing medical assistance for the French army. Their work continued through the autumn and winter of 1914-15 but increasingly, with more use by the French authorities of the mobile ambulance aspect of their operation, the drivers and vehicles began to operate independently of the medical facilities. In turn, more young American men were attracted to volunteer for work in this more active role. Harjes dropped the hospital branch in mid-February 1915.

An element of ambulance duty that began to cause frustration for Harjes drivers and those of the other corps now operating in the field was that the French army was reluctant to allow the Americans to operate in or from frontline postes de secours (advanced dressing stations), given their status as nationals of a neutral power. The French feared that volunteers might harbour pro-German sympathies. Instead, the drivers were restricted to more routine "jitney" work, ferrying the sick and wounded from incoming sanitary trains to hospitals in rearguard towns and cities.[1]

Richard Norton’s "Anglo-American" Corps began around the same time as Harjes and allied itself with the British Red Cross (BRC) after the American Ambulance Hospital refused to sponsor it. The hospital was initially unwilling to develop a large ambulance wing. The BRC helped underwrite some of Norton’s operating costs and used the corps to distribute supplies. Although technically attached to the BRC in Boulogne, the corps carried out most of its work in following months under the auspices of the French Second Army some seventy miles to the south-east. Norton’s relationship with the BRC was a strained one, with Norton finding his sponsor inflexible and administratively cumbersome. By December 1915 he joined Harjes – who had begun such a relationship six months earlier – in forging a link with the American (National) Red Cross (ANRC or ARC) instead. At the end of 1916 the Harjes and Norton corps merged into one ambulance unit, the Norton-Harjes Formation under the ARC banner.

The work of the American Field Service, meanwhile, grew more directly and organically out of the American Ambulance Hospital in Neuilly. Differences remained between those on its board who wished to concentrate on core hospital work and others who saw the practical value of a mobile service. (The "Ambulance" in the hospital title had the association in France more akin to that of a military hospital than an emergency vehicle). But by late autumn 1914 its cars were allowed out into the field to serve regional hospitals.

The AFS became the largest of the volunteer ambulance services, expanding rapidly with the arrival at the turn of 1914/1915 of Abram Piatt Andrew (1873-1936), a former assistant secretary of the US Treasury, who was to become the AFS’ director. Andrew extended the scope of his operation and eventually separated completely from the Ambulance Hospital in 1916. He developed the role of all the different volunteer corps in the field by persuading the French authorities in April 1915 to allow the volunteers of the three American services to function immediately behind frontline trenches in battlefield areas.

As such, units of twenty-five to thirty men and some twenty ambulances were each assigned to individual French divisions, becoming the divisions’ principal ambulance service. Separate camion truck supply units were added, also manned by volunteers. They were to serve with the French across the Western Front and, in the case of two units of the AFS, with the French Army of the Orient in the Balkans.

A principal source of recruitment for the services came from American colleges, with east coast Ivy League institutions such as Harvard, Yale, Princeton, Dartmouth, and Cornell well represented plus west coast universities such as University of California, Berkeley, and Stanford. The colleges alone contributed some 1,855 men to the American Field Service, aided in the US by the recruitment efforts of Henry Sleeper (1878-1934), a friend of Piatt Andrew. AFS medical director Edmund Gros (1869-1942) also helped recruit AFS volunteers and others into the French legionnaire Lafayette Escadrille and Lafayette Flying Corps.

US Entry into the War↑

The volunteers continued in service under their own auspices until the US entered the war in April 1917, when they were amalgamated in October 1917 into the United States Army Ambulance Service (USAAS) and AEF Transportation Division. At the time of handover, the American Field Service comprised thirty-three sections (thirty-four at its peak) with some 1,200 ambulance volunteers, almost 1,000 ambulances, fourteen camion sections, and 800 camion drivers. The combined Norton-Harjes Formation strength reached thirteen sections, over 100 ambulances, and 200 men. Only around 500 volunteers transferred over to USAAS, however, the majority of them from the AFS. Nearly 1,000 former AFS volunteers went on to serve in American Expeditionary Force units, US Air Service, and US Navy, as well as French and British forces.

Leading the French military mission visit to the US in May 1917, Marshal Joseph Joffre (1852-1931) specifically highlighted the work and model of the volunteer ambulance services, identifying the continued supply of ambulance units to the French army as a priority area. Mobilisation by the US Medical Department of the United States Army Ambulance Service was consequently swift and from the outset continued the previous policy of accepting whole volunteer units raised by colleges, as well as others raised by cities and corporations.

When new units were deployed in the field – in addition to the AFS and ARC units militarised by the USAAS – the existing structure of volunteer sections was broadly followed: forty-strong units comprising unit leaders (USAAS included up to three sergeants and a corporal), approximately thirty drivers (privates), two chefs, and a number of mechanics. French authorities were also insistent that the USAAS units continued using the volunteers’ chosen Ford ambulances, trucks, and touring cars, judging them effective and durable in the field.

Crucially, the Army Ambulance Service continued to serve in its dedicated role with the French army and also with the Italian army, coming under those armies’ respective jurisdictions, though many were loaned back to AEF forces during the campaigns of summer/autumn 1918. At the time of the Armistice, 113 sections served in France and some thirty with the Italian army.

Demobilisation of the USAAS following the Armistice was orderly and swift with longer serving sections given priority to stand down, their places taken by American units who had only arrived in Europe in late autumn 1918. These sections were in turn relieved by regular units of the French army. The whole service had largely been repatriated – or discharged in Europe – by early summer 1919. 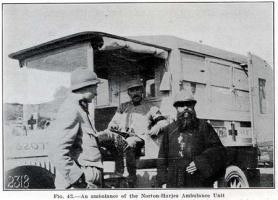 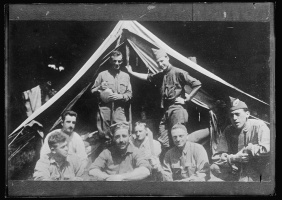 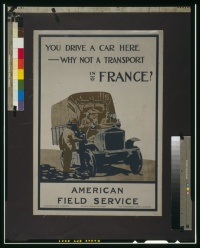 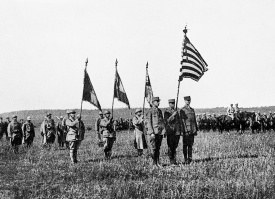 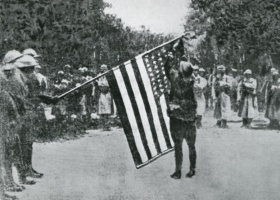 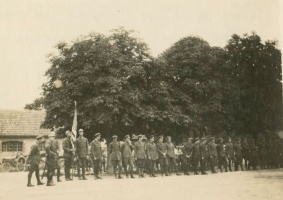 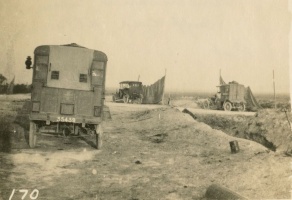 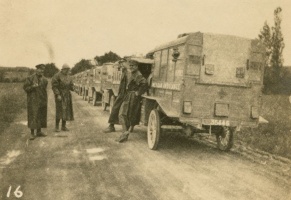 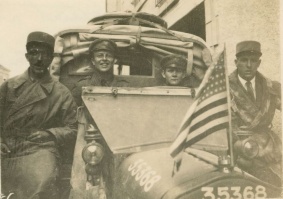