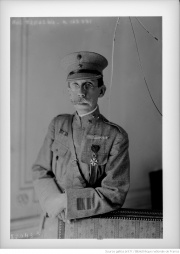 Tomás António Garcia Rosado was a Portuguese expeditionary commander and colonial administrator. He served as commander of the Portuguese Expeditionary Corps during and shortly after World War I. After the war, he served as Portuguese ambassador to Great Britain from 1926 to 1934.

On 29 July 1879, he was incorporated into the 2nd Infantry and began his preparatory studies at the Polytechnic School for Artillery, which he completed in 1882. In 1883, he began the General Staff course at the Military Academy, concluding it in 1885. In 1888, he was promoted to lieutenant and placed in the General Staff Corps. On 13 February 1889, he was promoted to captain and performed duties for the 3rd Military Direction Headquarters. On 2 July 1890, he was appointed to carry out the planning and modernization of the Entrenched Field of Lisbon. On 28 June 1891, he marched to the south riverbank of the Tagus River to study military garrison and organisation in order to protect the army during future movements.[2]

In May 1898, he was appointed commissioner of the Portuguese government for the delimitation of the Barué, Manica and Mozambique frontiers. On 7 September 1899, he was promoted to major and on 4 December 1899 returned to Portugal, being placed in the army’s general staff. In June 1901, he embarked in Lisbon for another mission to Mozambique as district governor of Lourenço Marques.

On 17 January 1905, he came back to Lisbon and, on 29 September 1906, was promoted to lieutenant colonel. On 27 March 1907, he was given a mission to head the Portuguese delegation at the Pretoria Conference – the Luso-British Convention – that would solve many diplomatic problems such as military cooperation. On 5 October 1910, with the founding of the republic, Garcia Rosado, although a sympathizer of the monarchy, decided that his loyalty was to the nation, and therefore decided to continue to serve with dedication. In 1911, he ascended to colonel and returned to the army’s general staff, where continued to assert himself as a great thinker and organizer. In 1913, he was named commander of the 5th Infantry Regiment.

After the victorious military coup by Sidónio Pais (1872-1918) on 19 December 1917, Garcia Rosado was promoted to general and took over as chief of the general staff of the army.[4] In June 1918, after the removal General Fernando Tamagnini de Abreu e Silva (1856-1924) because he showed excessive displeasure with the government’s policy, Garcia Rosado was appointed commander of the Portuguese Expeditionary Corps.[5] In June and July 1918, the Portuguese government expressed the idea of replacing the military forces that were in France if the British government guaranteed transport. General Garcia Rosado left for the French capital, where he contacted the highest authorities. On 28 July 1918, he travelled to Great Britain with the following proposal: The Portuguese Expeditionary Corps would receive a phased reinforcement of 3,000 to 12,000 men, or all of these at once, on the condition that London pledged to provide troop transport. The negotiations with the British authorities were quite difficult, but Garcia Rosado succeeded. After taking command of the Portuguese troops, General Garcia Rosado found himself faced with a very difficult military situation: the soldiers did not understand why they weren’t being replaced by fresh troops and the officers who had travelled to Portugal to enjoy their leave were not returning to the war.

General Garcia Rosado, after a few conversations with Captain Augusto Casimiro dos Santos (1889-1967), concluded that three battalions in good physical and psychological condition, capable of moving forward for combat, could be formed. On 9 November 1918, the Portuguese troops were on the front lines.[6] On 11 November 1918 at 11 am, after the armistice, the arms were silent. It was thanks to the political and diplomatic effort of General Garcia Rosado that Portugal sent four infantry battalions – the 14th, 23rd, 15th and 35th – to the front alongside Great Britain.

On the day of the armistice, General Garcia Rosado handed over command to General José Augusto Alves Roçadas (1865-1926), in order to assume responsibility for the troops who, due to their lack of transportation, had to stay.

In January 1919, after the assassination of Sidonio Pais, General Garcia Rosado travelled to Lisbon and, on 16 February 1919, returned to France to command the expeditionary forces. On 14 April 1919, he received a telegram to travel to Lisbon and on 18 April 1919 was informed by the military attaché in Paris that General Alves Roçadas would replace him as commander of the Portuguese Expeditionary Corps. He served as a member of the jury of examinations for the position of general in 1920 and 1923. In July 1926, he was appointed ambassador of Portugal to Great Britain, which he remained until 4 March 1934.

General Garcia Rosado, as a military writer, left very little behind. One article is “Marshal Foch”, published in the Military Magazine.

He was awarded several insignia, including the Military Order of the Tower and Sword, Valour, Loyalty and Merit; Knight Commander Order of St. Michael and St. George, by George V, King of Great Britain (1865-1936); Commandant of the Légion d’Honneur by the French government (1919); and a Portuguese Expeditionary Corps commemorative medal with the caption “France 1917-1918”. 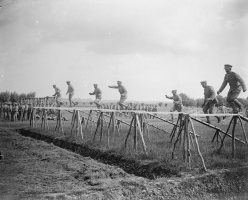 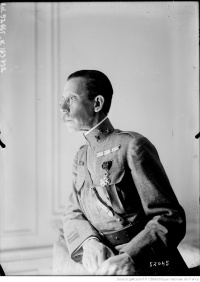 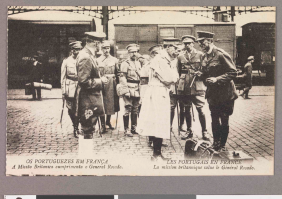 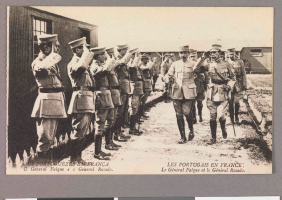 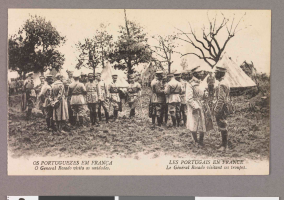