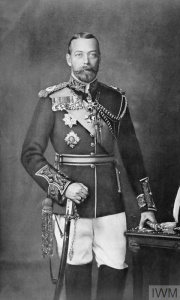 King George V served as a figurehead for the nations of the British Empire throughout the war. He and his wife, Queen Mary, provided inspiration and support for both the armed forces and the civilian populations through hundreds of official visits and their own family’s service and self-sacrifice.

The only surviving son of Edward VII, King of Great Britain (1841-1910), George V, King of Great Britain (1865-1936) succeeded with his official title as King of the United Kingdom of Great Britain and Ireland and Emperor of India upon the death of his father on 6 May 1910. He had a polite but cool relationship with his paternal cousin Wilhelm II, Emperor of Germany (1859-1941), in whom he saw little merit and privately referred to as “William the Fidgety.” They never communicated again after 1914. By contrast, George V felt warmly towards his maternal cousin Nicholas II, Emperor of Russia (1868–1918), to whom he bore a strong resemblance and knew as “Cousin Nicky.”

Unlike his continental cousins, the British king was a purely constitutional monarch, possessing only the rights to be consulted, to encourage, and to warn. Ably assisted by his private secretary Lord Stamfordham (1849-1931), George V was well suited to this role. In the days before war was declared, the king urged restraint, but to no avail. Ironically, the only time the king did successfully intervene with his government during the war to encourage a change in policy was when he persuaded Prime Minister David Lloyd George (1863-1945) to rescind an offer of sanctuary made to the deposed Tsar and his family in 1917 in response to a request from the provisional government in St. Petersburg. The king feared the presence of the Romanovs in Britain would encourage republican elements and lead to an erosion of his own family’s support.

Relationship with the Armed Forces↑

As titular commander-in-chief of the armed forces, the king nominally held power of appointment for the army and navy. In practice, this was to be done on advice from his government, but enough ambiguity on this point still existed at the start of the war for the king to exercise some independence, albeit not without risk to the Crown.

George V took advantage of his position to invite correspondence, both directly and through his secretaries, from leading generals as a backdoor form of communication with his army. Most of these letters simply provided detailed accounts of action in the field that supplemented the official reports. Generals Sir Douglas Haig (1861-1928) and Sir William Robertson (1860-1933), however, successfully utilized this royal access to help turn the king against the commander-in-chief of the British Expeditionary Force (BEF), Sir John French (1852-1925), in December 1915 and manoeuvre themselves into succeeding as BEF commander and Chief of the Imperial General Staff (CIGS) respectively. According to Ian F. W. Beckett, this “represented the apogee of the king’s real influence over military affairs.”[1]

Ultimately, however, the king could not support his generals over his ministers. When George V strongly objected to the removal of Robertson in February 1918, Lloyd George bluntly told Stamfordham that, in that case, “the Government could not carry on and His Majesty must find other Ministers.”[2] The Court backed down.

The Royal Family during the First World War↑

The war directly affected the Royal Family in many other ways. The king’s two eldest sons both served in uniform: the Prince of Wales, the later Edward, Duke of Windsor (1894-1972), in a staff position with the army behind the Western Front, Prince Albert, the future George VI, King of Great Britain (1895-1952), on HMS Collingwood during the Battle of Jutland. Anti-German hysteria in Britain led the king to change the name of his dynasty from the House of Saxe-Coburg and Gotha, a legacy of the marriage of his grandmother Victoria, Queen of Great Britain (1819-1901), to the quintessentially English House of Windsor. He also implemented an austerity regime in the Royal Household and rarely wore anything during the war other than military uniform. To his regret, he allowed himself to be talked into giving up alcohol for the duration to set an example for factory workers.

George V took his ceremonial duties seriously. To see to it that the civilian war effort was properly recognized, he created the Most Excellent Order of the British Empire and passed out thousands of honours, while often pressing his government to recognize individual acts of bravery that came to his attention. Along with Mary, Queen, Consort of George V, King of Great Britain (1867-1953), he made hundreds of official tours to review troops, inspect factories and shipyards, and visit hospitals. On a tour of the Western Front, he was thrown from a horse and injured to the point that he endured pain and discomfort for the rest of his life. It did, however, gain him release from his temperance pledge.

The heavy casualties of the war, approximately one million British Empire dead, left George V with strong pacifist instincts. He supported disarmament in the 1920s and 30s, including the scrapping of capital ships, despite his own training as a naval officer. When confrontation threatened in 1935 as a result of Benito Mussolini’s (1883-1945) invasion of Abyssinia, the king flared up: “I will not have another war. I will not.”[3] 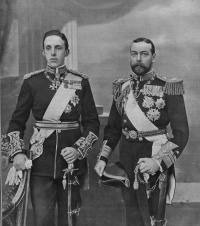 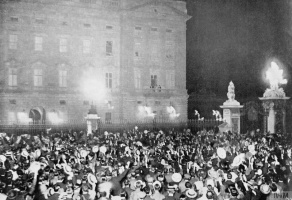 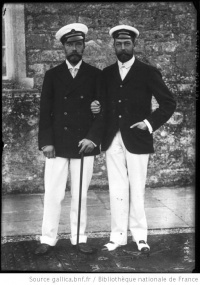 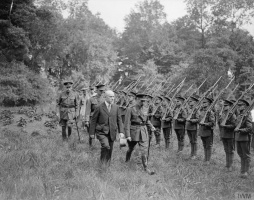 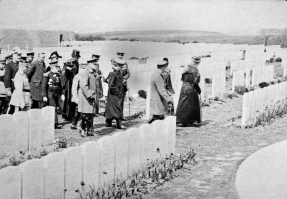 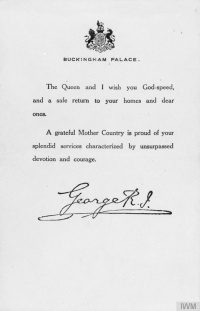 Letter to Dominion and Colonial soldiers from King George V 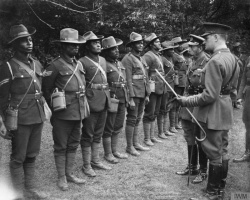