The mutiny of the sailors on Cattaro, the Austrian-Hungarian Navy Base, occurred on 1 February 1918. The incident ended with the mutineers surrendering. Even if the revolt did not significantly impact the balance of power in the Adriatic, its memory played a role in the ideological conflicts over the commemoration of the Great War.

Causes and Development of the Mutiny↑

Shortages and Boredom in the Navy↑

After more than two years of an Entente blockade in the Adriatic, the Austro-Hungarian Empire began to suffer from hunger and all types of shortages. The Joint Navy crews were stuck in the Istrian and Dalmatian harbors since 1915, especially on larger ships, which had almost never sailed out of the Cattaro Harbor. Rations had to be reduced in January 1917 and again in January 1918. Shortages provoked an increasing discontent among sailors, especially given that officers benefited from much better living conditions. Throughout January 1918, strikes and social unrest spread across the Empire, notably in the major Navy base of Pula. But by the end of January, work resumed and order was restored.

The Revolt and its Ideological Significance↑

On 1 February 1918 at noon, the mutiny started on the flagship cruiser Sankt Georg. Two hours later, after limited violence (though several officers were wounded), the red flag of revolt flew on all of the surface ships. Significantly, no active naval officers and only one reserve officer associated with the revolt. The mutineers presented captured Rear Admiral Alexander Hansa, in charge of the Cattaro flotilla, with a list of demands. Half of these demands dealt with conditions of service and the other half with political matters, inspired by Woodrow Wilson's (1856-1924) Fourteen Points, pacifism, and support for the Bolshevik revolution. Hansa agreed to most of the non-political demands, but the radical mutineers, under the leadership of the Moravian German Franz Rasch (?-1918), a boatswain, decided not to end the mutiny.

Suppression of the Mutiny and Consequences in the Navy↑

In the meantime, the Cattaro army garrison and the Navy took measures to quickly put an end to the mutiny. The shore batteries forbade the rebel vessels from leaving their anchorage, while smaller ships - less affected by boredom and inaction during the course of the previous months - rapidly gave up the mutiny. The Navy command sent a fleet to supress the revolt; once the mutineers saw the loyal battleships entering the bay with their battle flags, they all surrendered and Hansa was freed. Four mutineers, including Rasch, were executed on 11 February. 800 sailors disembarked, and of this group, 392 were tried and imprisoned until October 1918.

The Rise of a New Leadership↑

Charles I, Emperor of Austria (1887–1922) ordered an immediate investigation and decided to purge the Navy of its "rotten heads."[1] To that effect, he appointed forty-nine-year-old Captain Miklos Horthy (1868–1957) as fleet commander and promoted him to rear admiral. All senior officers had to retire or accept posts on land, and "education officers" were sent on board to (successfully) prevent political or nationalist subversion. Horthy was subsequently able to hold his vessels until the very end of the regime in late October, when Yugoslav and Italian officials took over the fleet. The loss of the fleet did not prevent Horthy from gaining a reputation for leadership that helped propel him to the regency of the Kingdom of Hungary in 1920, following the failed Bela Kun (1886–1938) revolution.

The Legacy of the Mutiny in the Interwar Period and Beyond↑

In successor states, the memory of the mutiny was not uniform. While Austrians and Hungarians perceived the revolt to be subversive and harmful to the state, the Slavic states were much more ambiguous in their attitudes about the mutineers. Croatians and Slovenes represented 42.6 percent of the tried mutineers, Czechs and Slovaks made up 12.7 percent, and Italians made up 20 percent. In the interwar period, these former mutineers could retain naval jobs in Yugoslavia or create veterans organizations in Czechoslovakia to celebrate the mutiny according to a Pan-Slavic and patriotic interpretation. In Italy, Luigi Canali’s (1912-1945) historical work entitled La rivolta di Cattaro (1935) encapsulated the mutiny in the irredentist narrative. The revolt leaders were claimed by all sides: Rasch (spelled Raš in Czech), for instance, a Moravian German and probably a polyglot, was said to be Czech by the Czechoslovaks. However, both Prague and Belgrade distrusted the sailors for being left-oriented and suspected them of Bolshevism. No official commemoration took place in Yugoslavia, and the former sailors from Czechoslovakia remained marginalized and excluded from the ranks of the First World War "legionaries" (anti-Austrian and mostly anti-communist veterans).

Revolutionary Memory throughout the 20th Century↑

Even though the 1918 mutineers were enraged by their bad conditions of service, and even though some of them certainly had nationalist sympathies, they also expressed their support to leftist ideas. Several even presented themselves as revolutionaries. Revolution was national and social, Wilsonian and supportive of the Bolsheviks. Eventually, post-World War II Yugoslav and Czechoslovak communist states - emphasizing at that time Slavic nationalism and Bolshevik heroism - and Marxist Eastern European historiography celebrated the mutiny for being both Slavic and Bolshevik.

The most reliable account of the mutiny remains the work of Richard Georg Plaschka,[2] which stresses the social origin of the mutiny and the class solidarity among hungry sailors in the specific context of Habsburg wartime decline, beyond ideology. 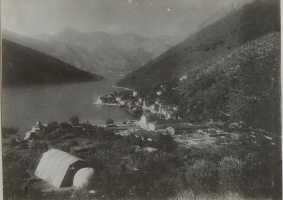