This article examines the history of Italian irredentism before 1915; and its place its role in Italy’s entry into the war in May 1915 and in Austro-Hungary’s military governance of the Italian-speaking Habsburg territories until 1918. It also considers its legacy in the post-war period, both domestically and in regard to the contested peace settlement.

Italian irredentism was a movement that sought to bring under Italian rule various lands that were considered to be culturally, linguistically or historically Italian, but were not included in the unified Italian Kingdom of 1870. Some of these territories remained part of the Austro-Hungarian Empire until 1918: the Italian-speaking areas of Tyrol (Welschtirol including Trento), Istria, Gorizia, Trieste and the Dalmatian coastline. However, irredentists also laid claim to Nice and Savoy in south-eastern France, and the most extreme variants insisted that Italy would be geographically incomplete without Corsica, Malta and the Swiss canton of Ticino.

How much popular support the irredentists enjoyed before 1915, both within and beyond the Kingdom of Italy, is difficult to assess. Many of its leading advocates, including the then Paris-based modernist poet Gabriele D’Annunzio (1863–1938), were openly hostile towards the Vatican, which limited the movement’s appeal to pious Catholics. The Lega Nazionale, established in Austrian-ruled Trento and Trieste in 1891, included irredentist elements alongside more moderate nationalists who merely sought greater political or cultural autonomy for Italian-speakers inside the Habsburg Monarchy. From the 1880s, successive governments in Rome showed more interest in colonial expansion in Africa than they did in the cause of Italia irredenta.

Irredentism and Italy’s Involvement in World War I↑

Irredentism nonetheless featured in Italy’s involvement in the First World War in two distinct ways. First, at home pro-interventionist groups mobilised the spectre of the “unredeemed territories” under foreign (Habsburg) rule in support of their cause. The April 1915 Treaty of London, which brought Italy into the war in May 1915 on the side of the Allies, secretly promised to meet most of their demands. Interestingly, though, Fiume (Rijeka), in Hungarian-administered Croatia, was not included. This led to a crisis in the early post-war era when D’Annunzio and his ultra-nationalist followers occupied the city between September 1919 and December 1920 in defiance both of the Treaty of St. Germain and the state authorities in Rome. The Americans’ refusal to meet all of the promises made under the Treaty of London – including territory in Dalmatia which was handed to Yugoslavia instead – in turn reinforced D’Annunzio’s (and later Fascist) claims of a “mutilated victory” (vittoria mutilata).

Second, the imagined irredentist threat in Trento and Trieste also impacted imperial military governance of these territories during the war. Tens of thousands of Italians under Habsburg rule were deported into the Austrian and Hungarian interiors after May 1915 and hundreds were interned as political suspects. The failure of the Austro-Hungarian Supreme Command to distinguish between moderate nationalists and irredentists, and the brutal execution of the former Reichsrat (Austrian parliamentary) deputy Cesare Battisti (1875–1916), who was captured in Italian uniform in July 1916 after the Battle of Asiago and court-martialled in his hometown of Trento, backfired. When the Reichsrat was recalled in May 1917, even pro-Habsburg politicians from Italian-speaking areas, like the Catholic deputy Alcide De Gasperi (1881–1954), were now willing to challenge the injustices of wartime imperial rule. That said, the end of Austria’s centuries-long dominion over Trieste, Istria, Gorizia and Tyrol south of the Brenner Pass only became inevitable in October-November 1918.

After the war, Liberal and Fascist governments in Rome remained suspicious of residual Austrophilism in the “redeemed” territories, and conducted a number of highly aggressive Italianisation campaigns. For those on the receiving end of this, the victors had turned into oppressors. Even so, by no means all irredentists supported Benito Mussolini’s (1883–1945) centralising regime after October 1922, and many opposed Fascism as a violent and anti-democratic movement which had little in common with their own more progressive and left-liberal outlook. 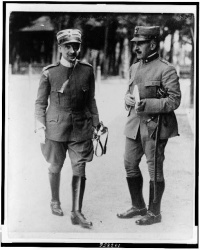 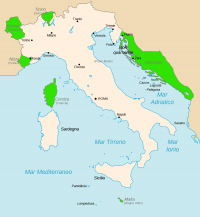