Panslavism was a movement based on the conviction that all speakers of Slavic languages belong to a single nation. This was a starting point for the activities that aimed to bring Slav cultures and languages closer and for the development of Panslav nationalism, a movement that wanted to establish a unified Slav state or a Slav federation.

The Beginnings of Panslavism↑

Since the 16th century, and especially since the publication of Mavro Orbini’s (1563-1614) book Il regno degli Slavi (The Realm of the Slavs, 1601), the idea had spread that the Slavs are a single people and that their vernaculars are dialects of a common language.

In the first decades of the 19th century, the rapid development of German nationalism triggered the emergence of modern Panslavism. Many Slav-speaking intellectuals argued that all the Slav speakers belonged to a single nation. However, most did not deny the existence of separate literary languages and “tribal” identities and expected a gradual development of the common Slav culture and language. Their gradualism manifested itself in the support for the emerging Slav national movements.

Some Russian Panslavs understood Panslavism as an extension of Russian nationalism. Yet, when the First Slav Congress met in Prague in June of 1848, it rejected Russian expansionism. The overwhelming majority of the delegates came from the Austrian Empire, and the Congress took an Austro-Slav direction; Mikhail Bakunin’s (1814-1876) proposal of a Panslav federation under the leadership of Russia was not seriously considered.

Panslavism and Realpolitik: Before the First World War↑

After Russia’s defeat in the Crimean War (1853-1856), the country started to use Panslavism as a political tool in its foreign policy. The emphasis of the revitalised Russian Panslav movement shifted from culture to politics, and the notion that Russia should “liberate” Ottoman and Austrian Slavs gained popularity among journalists, army officers, politicians, and even within the ruling dynasty. Proposals that Russian be used as the common Slav language also gained support.

Russophile Panslavs were well represented at the Second Slav Congress (Moscow, 1867), and their importance in Russia only grew after German unification in 1871. However, the support of the Russian government was mostly pragmatic; Panslavism was used to buttress Russian policy in the Balkans. Furthermore, most Slav politicians in Austria-Hungary opposed Russian dominance and clung to Austro-Slavism in politics and Slavic reciprocity in culture. After the turn of the century, so-called Neoslavism developed in Austria-Hungary and gained support among younger Slav intellectuals and politicians. In 1908 and 1910, the third and fourth Slav Congresses met in Prague and Sofia respectively. Neoslavism rejected Russian hegemony, but encouraged cooperation with Russia.

As the First Balkan War erupted in 1912, a wave of enthusiasm swept through the Habsburg Slavs. Panslav committees collected money and medical supplies, while volunteers joined the armies of the Balkan League. Austro-Hungarian Slav soldiers and reservists were restless. Authorities grew increasingly worried and overreacted. The generals saw the danger of Panslavism everywhere and many suggested that it could be eliminated only by decisive action. During the Second Balkan War, they advocated military intervention against Serbia. In Russia, the victories of Balkan Slavs emboldened the Panslavs and increased public support for Panslavism. The Panslavs grew increasingly critical of Austria-Hungary and pushed for an anti-Austrian foreign policy.

While limited, the impact of Panslav efforts on Russian diplomacy was not negligible. The Russian ambassador in Serbia, Nikolaus Hartwig (1857-1914), was an ardent Panslav and contributed to the deterioration of relations between Serbia and Austria-Hungary before the war.

After the Sarajevo assassination and during the July crisis, Russian Panslavs pressured their government to support Serbia unconditionally. The impact of these endeavours was limited; other considerations shaped Russian foreign policy much more decisively. Nevertheless, the manifesto of Nicholas II, Emperor of Russia (1868-1918) from 3 August 1914 used Panslav ideas to substantiate the Russian backing of Serbia. When the war broke out, the “liberation” of fellow Slavs living in Germany and Austria-Hungary became an explicit war goal. In his “Manifesto to the Polish Nation” (14 August 1914), Nikolai Nikolayevich, Grand Duke of Russia (1856-1929) even promised the reunification of Poland.

During the war, Panslav propaganda was widely used to motivate Russian troops. It also targeted Austro-Hungarian Slav soldiers. In Russian captivity, Slav-speaking Austro-Hungarian POWs were separated from the rest and treated differently. Serbian soldiers even executed non-Slav POWs on a few occasions. Slav POWs were subjected to nationalist and Panslav propaganda in an attempt to recruit them to various national legions. Additionally, the populations of the Russian-occupied parts of Germany and Austria-Hungary were often treated differently: Slavophones were seen as allies, others as enemies and potential spies.

In Germany, the exaggerated threat of Panslavism was used in propaganda even as the Austro-Hungarian leadership, aware of the large Slav population within its borders, warned against it. Yet, as so-called military absolutism was introduced in the Austrian part of the monarchy, the fear of Panslavism gave rise to the indiscriminate persecution of Slavs in many parts of the country, despite the limited impact of Russian Panslav propaganda.

After the October Revolution, the Bolsheviks rejected Panslavism as an expression of “Russian imperialism”. Only in the 1930s did Pan-Slavism re-emerge as an important tool of Soviet foreign policy and propaganda. After the German invasion of Soviet Union in 1941, it gained importance and remained important until the late 1940s, when Yugoslavia broke with the Soviet Union.

In other Slav-dominated states, Panslavism was pushed to the side in the interwar period. There were several conflicts between them, and the ideological chasm between the Soviet Union and the rest further impeded collaboration. After the Second World War, when those states found themselves in the Soviet sphere, Panslavism was used to support Soviet hegemony, however, as mentioned, its importance diminished after 1948. 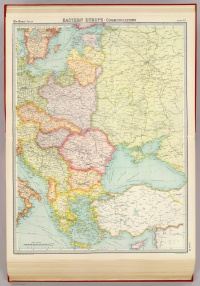 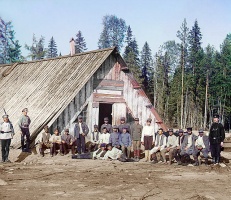