One third of the 9.7 million soldiers killed or declared missing during the Great War left behind a widow. The mourning of these women was conditioned as much by the social conventions practiced during the time of peace as by the new constraints brought by war. Although many nation states tried to help them materially, they were often looking for political and social control in return.

The conventions these women were subjected to were no different from those applying to widows in general. They had to wear mourning attire and respect a several month period of widowhood. The funeral rituals were, however, more specific to their situations, due largely to the temporary or definitive absence of a corpse. Those who did not respect these rituals or conventions ran the risk of being seen as unfaithful widows. The concept of the unfaithful widow had existed before the war, but regained popularity during the conflict due in large part to soldiers who feared being betrayed or forgotten, and moralists who saw widowed women as a possible source of social disorder that could potentially contribute to the military defeat of their respective countries.

Conventions of mourning were also affected by the different types of legislation regulating military burials within each country, which greatly affected mourning and commemoration rituals. In Britain, where there was a strict policy concerning burying fallen soldiers in situ, widows had to go abroad, whilst in Italy, France or United States, there was the possibility of recovering remains at the end of the war.

The belligerent states promoted, or confirmed, legislation aimed at materially supporting war widows. Most of them granted a war pension (with a supplement for the children), although pension amounts, as well as the attribution criteria varied from one country to another. Pensions were partially or totally lost by the widows in the case of remarriage. Even in their full capacities, these pensions were insufficient to cover the daily needs of the widows, many of whom topped up their incomes by working, or relied on help from their families or new spouses. Some of the poorest widows also had recourse to charitable associations. In exchange for this help, the public powers allowed themselves to exercise fairly strong control over war widows.

Social and political control of Widows↑

War widows were restricted by considerable social and political constraints. Because of this, it is possible to infer that many women were downtrodden and easily manipulated by their governments for propaganda purposes. Speeches and pictures from the time illustrate the ambiguous position of the war widow who was expected to remain faithful to her fallen husband, whilst also contributing to the renewal of future generations for the nation.

Several studies reveal that widowed women were not only aware of their contradictory situation but also learnt, either individually or collectively, to turn these constraints to their advantage, or to challenge these constraints through their actions. In France, for example, certain widows exploited their status during the war making use of their mourning attire to encourage pacifist ideas. Although these actions were repressed by authorities during the conflict, they were rarely sanctioned afterwards. In fascist Italy, during the interwar years, many war widows resisted the mystified maternal figure created by the regime. In Germany, women artists faced with high death tolls also communicated ambivalence towards their loss. They felt unable to adhere to the figure of the patriotic women for whom loss should be worn with pride, and instead they exposed their feelings by adopting the motif of the disconsolate mourner. 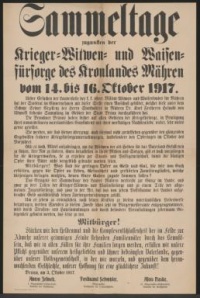 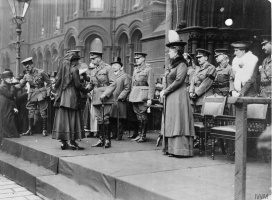 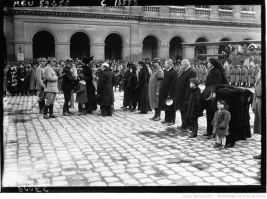