As prefect of the département of the Nord at the outbreak of war, Félix Trépont encouraged the defence of Lille during the invasion, eventually oversaw the evacuation of men and material, and resisted collaboration with the Germans during the occupation. He was arrested and deported by the Germans in 1915, returning to France in 1916.

Félix Trépont (1863-1949), a largely centrist Republican, had been prefect of the département of the Nord since 1911. From the outbreak of war and throughout the German invasion, Trépont called for the defence of the fortress city of Lille, capital of the Nord. He therefore opposed and criticised governmental and military policy – on 24 August 1914, Lille was officially declared an “open town” that would not be defended, and the evacuation of men of military age was ordered. For Trépont, this represented abandonment, but some local notables considered it the safest option for the population; such was the opinion of the mayor of Lille, Charles Delesalle (1850-1923), whom Trépont later accused in his memoirs of defeatist sentiment and servility to the Germans during the occupation.

However, when faced with the reality of invading German forces, Trépont himself independently ordered and oversaw the evacuation of tens of thousands of young men and considerable military equipment from Lille between 2 September and 9 October 1914. A brief, first German occupation took place in early September, during which time Trépont disposed of sensitive military documents left by the retreating French army. On 5 September 1914, German soldiers entered the prefecture and threatened to execute Trépont for his evacuation order. He was saved when a German-speaking colleague explained that Trépont held the title of “Excellence”, and therefore killing him would be an error. The Germans retreated the following day, when Trépont received his first communication from central government in weeks, praising him for staying at his post, and encouraging other prefects to follow his example.

The second German occupation began on 13 October 1914. Trépont was among the first individuals officially designated as “hostages” by the Germans to guarantee the good behaviour of the local population. He was cut off from the central government and unable to carry out his role as prefect in a normal manner, but did oversee financial and food aid for the wider population. He refused to act as a middle-man between the Germans and mayors, but attended frequent meetings with the German governor of Lille, alongside the mayor of Lille and Bishop of the Nord, Alexis Armand Charost (1860-1930). Trépont saw it as his duty to refuse any collaboration, and to oppose and resist the occupier. He encouraged such an attitude among compatriots – advising mayors, for example, to refuse to provide the Germans with lists of men of military age. He wrote many letters of protest, and, on 17 February 1915, was imprisoned in Lille’s citadel for his continued refusal to collaborate. He was deported to Germany, then later repatriated to unoccupied France on 18 January 1916 and, on 14 October 1916, made a Commandeur de la Légion d’Honneur. Trépont continued his prefectural duties from Dunkerque until his dismissal on 24 September 1918. He was falsely accused of opposing the defence of Lille in 1914, but an inquiry officially absolved and reinstated him in January 1922. He was also made a Grand Officier de la Légion d’Honneur, on 13 August 1920. 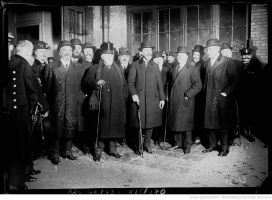 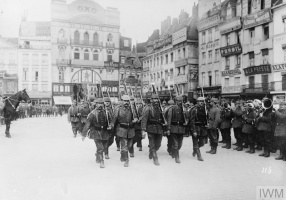 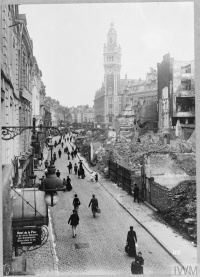