This article focuses on the construction of the Panama Canal as a prelude to World War I. Special attention is paid to U.S. interventions in Central America, the war’s impact on Panama itself and, finally, the geostrategic importance of the canal after the country’s decision to go to war against Germany on 7 April 1917.

When asked how his country achieved independence, the former Panamanian President Belisario Porras (1856-1942) supposedly said: “Panama exists for and because of the canal.” Actually, this was not just an anecdote. Panama’s recent history is indeed closely related to the famous waterway. Hence the foundation of the modern state of Panama is largely the result of the U.S. government’s endeavor to build a canal across the Central American isthmus in order to reduce the time of sea travel between the eastern and western shores of North America. Today, the Panama Canal is (after the Suez Canal in Egypt) the world’s second-most important shipping lane. Its construction began in spring 1904 under the auspices of U.S. President Theodore Roosevelt (1858-1919), shortly after Panama had declared its independence from Colombia on 3 November 1903.

The geopolitical considerations behind the project were largely inspired by the work of U.S. military strategist Alfred Thayer Mahan (1840-1914), who wrote The Influence of Sea Power upon History in 1890. According to Mahan, the rise of every great imperial power was related to its historical efforts at achieving naval superiority. If the U.S. wanted to counter Great Britain’s maritime empire, it had to establish a modern navy itself. The military control over great parts of the Pacific and the Caribbean via the construction of naval fortifications and coaling stations was incomplete without the linkage of the two oceans by means of an interoceanic waterway.

However, to build the canal, the U.S. administration first had to reach an agreement with Colombia, since the territory of the former Real Audiencia de Panamá (1538-1751) had been part of Colombia’s realm since 1821. Due to diplomatic differences with Bogotá over financial issues and the sovereignty over the isthmus, Roosevelt decided to support (or even “create”) a separationist movement in Panama. The incumbent elites in Panama City expected economic benefits from tying their new country closer to the U.S. and were therefore quick to declare independence. Under the protection of the U.S. Navy, this step was finally accomplished on 3 November 1903 without noteworthy resistance from Colombia.

The construction in the so-called Canal Zone (ten miles on either side of the canal), which remained a U.S. protectorate until 1936, could thus begin. On 15 August 1914 – just one month after the First World War erupted in Europe – the Panama Canal was finally opened for transit. Ironically though, its military significance proved to be far more minor than Mahan and his adherents had expected. Even after the U.S. declared war upon the German Empire on 6 April 1917, the canal never became a stage of military operations, nor did it prove decisive for battles in Europe or the Atlantic, although it had been equipped with modern defense fortifications. On the contrary, in the first years of its existence the canal was underutilized and plagued by a series of landslides that shut it down for most of 1915 and 1916, and then again in 1917 and 1920. There were also major strikes in 1916 and 1917. So it was only during the interwar years (1919-1939) that the canal emerged as a core element of the U.S. maritime strategy in the Pacific.

The Canal’s Impact on Life in Panama↑

However, the potential threat to the canal by foreign powers during the war years had a major impact on the political and social life of Panama. In order to guarantee political stability on the isthmus, for instance, the U.S. openly intervened in Panamanian affairs, usually supporting the Conservative Party. Due to a 1904 agreement between the U.S. and Panama, the Canal Zone was not only “perpetually” ceded to the U.S., but Panama’s sovereignty was also massively limited. Backed by Article 136 of the new Panamanian Constitution – drafted under U.S. supervision – America received the right to intervene in any part of Panama as soon as the country’s stability and the safety of the canal seemed to be endangered.

Until the onset of the Good Neighbor Policy under U.S. President Franklin D. Roosevelt (1882-1945), Article 136, as well as the provisions of the Canal Treaty (Hay-Bunau-Varilla-Treaty of 1903), were repeatedly misused as a pretext for armed intervention. In many cases, however, the U.S. Marines were actually “called” by the Panamanian elites themselves, in order to get rid of political opponents. It was only in the 1930s that parts of the elite recognized that the persistence of U.S. domination was provoking growing political and social tensions. This was the beginning of a long struggle for the restoration of national sovereignty and control of the Panama Canal. 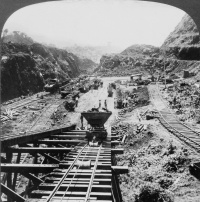 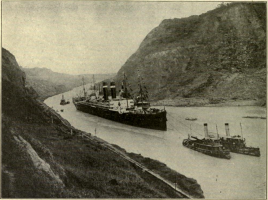 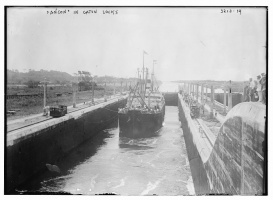