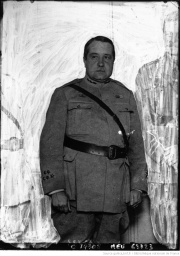 Norton de Matos was minister of war during the first two years of Portuguese participation in the conflict (1916-1917). He was the main organizer of the Expeditionary Corps that fought on the Western Front. In December 1917, he was deposed by a military coup. He was a delegate at the peace treaties.

José Mendes Ribeiro Norton de Matos (1867-1955) lived his first years between the north of Portugal and Lisbon. He studied Maths at the University of Coimbra (1884-1888). Meanwhile, he joined the army and later completed the General Staff Course in the Military Academy (1888-1890). After several minor assignments, Norton de Matos became the head of the newly-formed Department of Surveying of Portuguese India (1898-1908). In 1909, he took part in the diplomatic mission charged with redrawing the borders of Macau and China. In 1911, after the proclamation of the republic (5 October 1910), he joined the Democratic Party. His political influence continued to increase and, in April 1912, he was nominated Governor-General of Angola, a territory bordering German South West Africa.

From Angola to Flanders↑

When the war broke out, Norton de Matos was losing political ground in Angola. After a border incident, German military forces defeated the Portuguese on 18 December 1914, at Naulila Stronghold. Meanwhile, in Mozambique other skirmishes took place. There was no declaration of war, but the Portuguese government dispatched soldiers to protect the African borders and to deal with local rebellion.

In March 1915, back in Lisbon, after resigning from Angola's General Government, Norton de Matos became deeply involved in national politics. On 14 May, he took part in the uprising against Prime Minister Joaquim Pimenta de Castro (1846-1918). Norton de Matos stated that Castro’s Cabinet was soft on the monarchists and also maintained that the country should embrace a different policy towards the conflict, i.e. the participation on the Western Front. It must be said that Britain had requested Portugal neither to enter into the conflict, nor to declare its neutrality.

Norton de Matos became Minister of War on 22 July. His assignment in Angola during the German incursion was important for his interventionist approach. The Democratic Party was decidedly interventionist, despite the mixed feelings and even the general opposition of society, including other major parties.

After the German declaration of War on 9 March 1916, the Democratic and the Evolutionist parties formed a Sacred Union Cabinet, led by the Evolutionist António José de Almeida (1866-1929). Norton de Matos kept his War Ministry and rushed the military preparations: 20,000 soldiers were assembled at the military base of Tancos for a quick modern war apprenticeship. The so called “miracle” of Tancos was undoubtedly a propaganda operation as he favoured obsequious journalists and created a special photographic and cinematic section. The Portuguese Expeditionary Corps (Corpo Expedicionário Português, CEP) began to arrive in France in February 1917, and were sent to Flanders.

In April, the Sacred Union collapsed and Afonso Costa (1871-1937), the Democratic Party leader, formed a new cabinet. In May, Norton de Matos visited the Portuguese sector in Flanders, where the CEP leadership demanded reinforcements. In London, Norton de Matos underlined the difficulties in transporting soldiers from Portugal to France, in order to achieve British support.

Norton de Matos faced several other problems: the dispersion of forces between Europe and Africa; and social and political unrest on the home front: strikes, famine mutinies and army protest. Despite the power and the influence he had within the government, he became increasingly isolated, as the social and political situation deteriorated with the additional loss of some Democratic support. In December, a coup led by Sidónio Pais (1872-1918), a former minister in the embassy in Berlin, overthrew the government. Norton de Matos managed to escape into self-exile in Britain.

Sidónio Pais was murdered in December 1918 and the Democrats soon returned to power. Norton de Matos was present at the Paris Peace Conference. Between 1921 and 1924 he ruled Angola once again. He was ambassador in London until the revolution of 28 May 1926, which imposed a long-lasting dictatorship. In 1949, supported by old republicans and other oppositionists, Norton de Matos ran for the presidential elections against the candidate of the New State (Estado Novo) Regime. 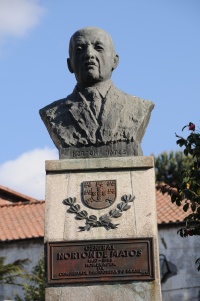 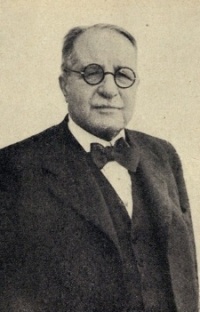