The so-called “Wars of Independence” in the Baltics were part of a larger conflict and continuing warfare in Eastern Europe. After the proclamations of independence and the November Armistice, national Estonian, Latvian and Lithuanian armies were formed, which finally managed to push out German troops as well as “White Guards” and Bolsheviks over the course of 1919-20.

Causes, Course and Ending of the Independence Wars↑

Whereas the November 1918 ceasefire stopped all fighting on the Western Front, battles continued in the East in a multi-layered conflict, which in both contemporary perception abroad as well as in historiography has been obscured by its distinction into bi-polar wars such as the Polish-Soviet War, the Russian Civil War, the Freikorps War, or the Estonian, Latvian and Lithuanian wars of independence. Foreign intervention in the wars, both from the German and Allied sides, significantly influenced the conflicts, with the Entente pressing the German military command to defend the region against Bolshevik troops, and with British troops and warships supporting the war effort of General Nikolay Yudenich’s (1862-1933) White Army in the Baltic. Ultimately, however, as in other peripheries of the former Russian army, it turned out that the Entente had only very limited influence on the emergence of a post-war order in the Baltics, thus making the military appropriation of territory significantly more important than in the peripheries of the German Empire and the former Austrian Empire, where a post-war order was based on peace negotiations in Paris and the conduct of plebiscites.

Although the Baltic states had already declared independence during the war, it had been severely limited by the German military authorities, who also prevented the formation of national armies. After the November Armistice, however, the disintegration of the German troops, increasingly demoralized, and the advance of the Red Army made the establishment of armed troops to defend the territories claimed by the Estonian, Latvian, and Lithuanian states necessary.

The Estonian People’s Army (Eesti Rahvavägi), drawing on small national units formed after the February Revolution, grew in a very short time to 74,500 soldiers, thus managing to push back the Red Army out of its claimed territory as early as February 1919. It subsequently overcame its strong dependence on the Baltenregiment (Baltic Regiment), which was formed by Baltic German organizations, but remained subordinate to the Estonian Supreme Commander and numbered between 700 and 800 soldiers. In Latvia, this was significantly more difficult, since the strongest Latvian national units – the Riflemen, numbering 24,000 soldiers in autumn 1918 – remained loyal to the Bolsheviks. A Latvian national army (Latvijas Bruņotiespēki) was only founded in July 1919 with substantial help from the Estonians, the Germans and the Entente. The German military authorities initially delayed the draft and armament of the Lithuanian army (Lietuvos kariuomenė), which was initially recruited mainly from prisoners-of-war returning from Germany to Vilnius. After the German retreat, the Lithuanian army grew considerably and comprised 10,000 soldiers in May 1919.

The Estonian army managed to push the Red Army out of its territory as early as February 1919. In Latvia, this proved significantly more difficult, with the Red Army occupying Riga on 3 January 1919 and almost the entire territory claimed by independent Latvia over the next few weeks, except for a stretch along the coast at Liepaja. In Lithuania, the situation was hardly better: The Red Army managed to occupy the northeast of the claimed territory as well as Vilnius (3 January 1919), which passed several times between Bolshevik and Polish occupiers over the course of the Polish-Soviet War and remained completely out of reach of the Lithuanian authorities, who claimed it as capital of the state. Starting in spring 1919, the Bolsheviks were gradually pushed out of northern Lithuania.

Unlike in Estonia, the Baltic German military units formed in Latvia (Baltische Landeswehr) quickly came into conflict with the national Latvian government, toppled it and started pushing back the Bolsheviks, taking Riga on 22 May 1919. This led to a joint Estonian-Latvian effort against the Landeswehr at the Battle of Cēsis, which resulted in decisive defeat of the Baltische Landeswehr on 23 June 1919. However, other Freikorps started pouring into the Baltics, following reactionary agendas or simply seeking land. After the Entente order to evacuate the German army from the Baltics, these Freikorps mostly gathered in the West Russian Voluntary Army under the lead of White General Pavel Bermondt-Avalov (1877-1974) and, in effect, of Rüdiger von der Goltz (1865-1946). Although officially fighting the Bolsheviks, the West Russian Volunteer Army entered into open conflict with the emerging Baltic states and gained control over large parts of Latvian and Lithuanian territory over the course of late summer and early autumn 1919. Defeats against the Estonian, Latvian, and Lithuanian armies, however, and the German order to return to Germany, ultimately led to the evacuation of most of Bermondt-Avalov’s troops. After its advance on St. Petersburg failed in October 1919, the anti-Bolshevik Northwestern Army, commanded by Nikolay Yudenich, was disarmed by the troops of Stanisław Bułak-Bałachowicz (1883-1940), who subsequently continued fighting the Bolsheviks in the Polish army.

The Polish army became increasingly involved in the wars of independence in the Baltics, occupying Vilnius repeatedly and advancing far north into Latgale (claimed by Latvia) in October 1919. Poland also launched an offensive in summer 1919 against Lithuania, while at the same time unsuccessfully trying to stage a coup against the Lithuanian government.

The wars ended officially with a series of peace treaties negotiated with Soviet Russia, which defined the eastern borders of the new states – Estonia’s on 2 February 1920 (Tartu), Lithuania’s on 12 July 1920 (Moscow), and Latvia’s on 11 August 1920 (Riga). Lithuania concluded a border treaty with Poland on 7 October 1920 (Suwałki Agreement), which was violated by the Polish occupation of Vilnius only two days later.

Significance of the Independence Wars↑

Subsequently, the wars of independence were mythologized in interwar Estonia, Latvia, and Lithuania. Participation in the war meant social capital and significant advantages regarding the attribution of land in the sweeping land reforms enacted in all three states. In historiography, the wars of independence were largely detached from the history of the First World War, which impedes the historical study of the wars of independence as part of nation-building to a large extent, as many of the difficulties faced by the emerging national armies can only be sufficiently explained by taking the reverberations of military occupation in the region into account.

Although the wars of independence in the Baltics are usually divided into three individual national wars, they cannot be understood except in the context of multiple entangled wars, which aimed to define the territorial and political order in a region that was relatively inaccessible for the international post-war peace negotiations. For Estonia, Latvia, and Lithuania, securing independence meant having to gain military control over the territories they claimed. The retreat of German Freikorps and the defeat of the White forces was a prerequisite to securing the territory internally and mobilizing resources to defend it from the attacks of the Red Army. 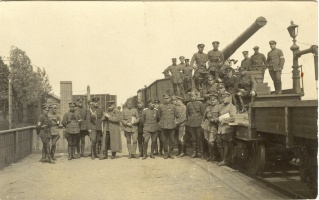 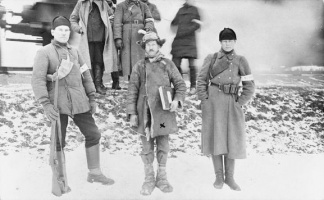 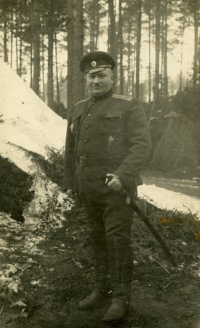 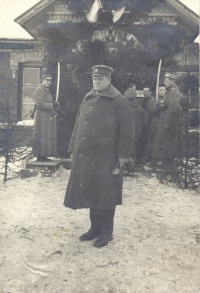 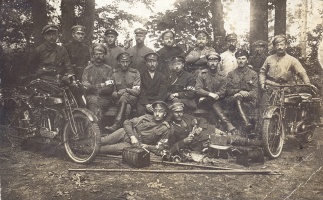 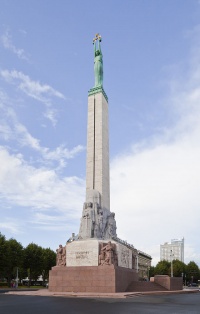 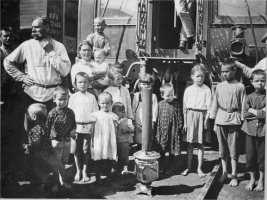 Refugees of the Estonian War of Independence