A. – Immediately. I had thought about the matter and don’t imagine it took me more than 30 seconds to make up my mind as to what my duty was.[1]

The questions were from Lord William Hunter (1865-1957), a former Liberal Member of Parliament and Solicitor-General of Scotland, tasked from 1919 to convene a Court of Inquiry investigating the “Punjab disturbances” of that year.[2] The respondent was Brigadier-General Reginald Dyer (1864-1927). Dyer had been mentioned in dispatches and made a Companion of the Order of the Bath for his heroic First World War service. He had commanded the Seistan Force of the Indian army in Eastern Persia (Iran) and was tasked with preventing German and Ottoman infiltration into Afghanistan. His celebrated methods involved “retributive actions” against the hostile populace, including starving uncooperative “tribes” by seizing their livestock and burning their villages.[3] His less-than-celebrated actions in Punjab involved firing 1,650 rounds into a peaceful crowd of up to 20,000 religious pilgrims and political protestors assembled in a large square (the Jallianwala Bagh) in the middle of Amritsar.[4] He then forbade anyone to attend to the scene for two days even as the corpses and wounded lay rotting in the summer sun:

I saw hundreds of persons killed on the spot. The worst part of the whole thing was that firing was directed towards the gate through which the people were running out. There were small outlets, 4 or 5 in all, and bullets actually rained over the people at all these gates, and […] many got trampled under the feet of the rushing crowds and thus lost their lives. Blood was pouring in profusion. Even those who lay flat on the ground were shot. […] I think there must have been over 1,000 dead bodies in the garden then. […] I saw people were hurrying up and many had to leave their dead and wounded, because they were afraid of being fired upon again after 8 p.m.[5]

The precise details of the massacre were and remain contested.[6] The Hunter Commission claimed a death-toll of 379 after fifty soldiers fired their rifles for approximately ten minutes.[7] There was also an attempt to justify Dyer’s reasoning, if not his actions, by discussing at length the near-violent disorders by “mobs” in Amritsar in the days and weeks before the massacre on the 13 April 1919.[8] The Indian National Congress in a parallel inquiry led by Mahatma Gandhi (1869-1948) and Chittaranjan Das (1869-1925), and involving Jawaharlal Nehru (1889-1964), claimed the number of the dead was closer to 1,500.[9] There were also attempts to justify the violence that had preceded 13 April by placing it in the context of agitation against the Rowlatt Acts – the extension into perpetuity in British India of emergency wartime measures that suspended ordinary jurisprudence, freedom of assembly and freedom of the press – and previous firings on crowds by the police on 10 April.[10]

The precise details were disputed by the British and anti-colonial nationalists, but the ever-present nature of spectacular displays of colonial violence were not. Dyer’s reputation depended on his previous expertise in colonial counter-insurgency, and Punjab was seen at the time – especially by Sir Michael O’Dwyer (1864-1940), the Lieutenant-Governor of the province – as requiring extraordinary, performative repression because of the revolutionary conspiracies that haunted the British Imperial imagination in India during the First World War.[11] Other forms of violence, from the aerial bombardment of Gujranwala to public floggings in the streets of Amritsar,[12] were not met with the same condemnation as the massacre itself. Even for the Indian National Congress, it was not merely the massacre that constituted the “Punjab Wrong” but the failure to prosecute or condemn Dyer even though the evidence of wrong-doing was overwhelming (Dyer was retired on half-pay and a retirement fund was raised to celebrate his actions by the British press[13]). As Gandhi put it in an editorial in his newspaper Young India in the aftermath of the Jallianwala Bagh Massacre, “No government deserves respect which holds cheap the liberty of its subjects.”[14] Within months Gandhi was directing the Non-Cooperation - Khilafat Movement – the first all-India push for independence. 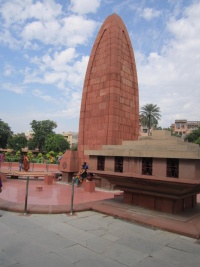 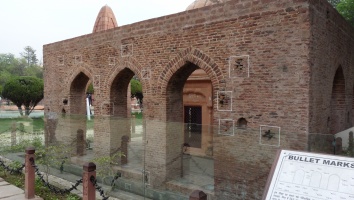