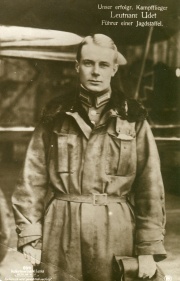 Udet attempted to enlist in 1914, but was initially rejected due to his height, which was 5 feet 3 inches. Undaunted, he joined the 26th Württemberg Reserve Regiment as a dispatch rider. His duties brought him into contact with pilots, and Udet decided to pursue military aviation. In April 1915 he paid 2,000 marks for flying lessons at the Otto Works and received his pilot’s license. Private Udet was posted to Flieger Abteilung (FA) 206, an artillery observation unit, where his aggressive style and eagerness for combat experience soon saw him promoted to Unteroffizier (staff sergeant). He then transferred to FA 68 as a fighter pilot flying the Fokker E.III Eindecker (single wing). Udet’s initial combat encounter proved traumatic, motivating him to intensify his training and perfect his shooting and flying combat skills. By March 1916, this approach had paid off, and he engaged no less than twenty-two enemy planes during a dogfight near Mulhouse.

FA 68 was reorganized as Jagdstaffel 15 in September 1916, with Udet promoted to Leutnant der Reserve (reserve lieutenant) in January 1917. Now flying a new Albatros D.III, Udet’s unit relocated to the Champagne area of the front. In June 1917 he transferred to Jagdstaffel 37, and became its commander that August.

Udet proved a capable and popular leader of “Jasta” 37, who mentored junior pilots and cultivated a flashy image as a dapper ace who enjoyed having a good time. In early 1918, Udet met with Manfred Freiherr von Richthofen (1892-1918), who invited him to join his unit, the Jagdgeschwader I. After Richthofen’s death in April 1918, Udet was transferred to lead “Jasta” 4. Udet’s victory tally rose throughout 1918, even as Germany’s war efforts collapsed. Shot down in a dogfight, Udet parachuted to safety, the first pilot to do so. Udet was also the first pilot credited with destroying a tank from the air. Between June 1918 and the war’s end, Udet shot down twenty-eight more aircraft, for a total of sixty-two confirmed victories.

Ernst Udet emerged from World War I as a celebrity and war hero. He traveled the world during the 1920s, thrilling crowds with aerial stunt flying and appearing in several films. In 1934 he joined the Luftwaffe as Nazi Germany began extensive military rearmament, rising to the rank of major-general and head of the Office of Aerial Rearmament by 1939. Udet struggled with the politics of Nazi Germany’s aviation policies. He became overwhelmed and depressed, and begged Air Minister Hermann Göring (1893-1946) to allow him to resign. When Göring refused, Udet spiraled into alcoholism, and took his own life on 17 November 1941 after receiving heavy criticism for the Luftwaffe’s shortcomings during the British campaign. Nazi officials sanitized his death, claiming he had died while testing a new aircraft that had crashed. 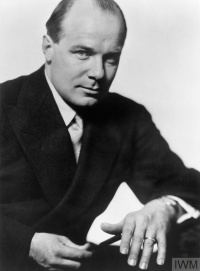 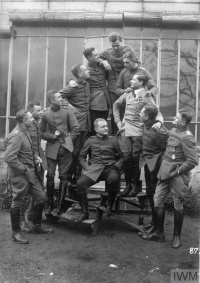 The Officers of Jagdstaffel 11