The Spring Offensives of 1918 were Germany’s last attempt to defeat the British and French armies on the Western Front, and thereby win total victory. Their failure by the mid-summer left the German army fatally weakened, demoralized and facing its own imminent and inevitable defeat through an Allied counteroffensive.

General Erich Ludendorff (1865-1937), the First Quartermaster General and de facto commander of the German army, began to consider a renewed offensive on the Western Front in October 1917. The Reich’s strategic situation informed his deliberations. The USA had been an enemy since April and was training a huge army across the Atlantic. Russia’s revolution and collapsing war effort had freed up German units in the east. Forty-eight divisions could be transferred to the Western Front, increasing German strength to 191 against 178 Allied divisions by the spring of 1918. The general thus had one final, brief chance to win a decisive victory there before the arrival of overwhelming American forces.

Ludendorff selected as his battlefield an eighty-kilometer front from La Fère to Arras defended by the British army, regarded as less skilled than its French ally. He refused to set final territorial objectives. This was a gross error, for the British army was highly vulnerable at the rail hubs of Amiens and Hazebrouck and capturing these logistical choke points could have pushed it from the continent. Instead, Ludendorff chose his attack front with two other aims in mind. First, he hoped to punch through at the boundary between the British and French armies here and then turn north to eliminate the British line. Second, tactical and psychological calculations were paramount. The defenders were weak here, raising the likelihood of a breakthrough. Once dislodged, the enemy’s unwieldy command system and troops schooled only in trench combat were expected to collapse quickly under the pressure of mobile war.

The German offensive codenamed Michael opened on 21 March 1918. At 4:20am, 6,473 guns and 3,532 mortars began a devastating bombardment and five hours later the infantry advanced. The assault divisions had been allocated the best equipment, horses and fittest men and had completed four weeks’ special training in state-of-the-art infiltration tactics. Great care had been taken to achieve surprise. Tactically, results were impressive: 255 km² were overrun on the first day. By the time the offensive was ended on 5 April, the Germans had captured 3,100 km² and taken 90,000 prisoners. However, operationally the offensive was a failure. Erroneously believing the British to be defeated, Ludendorff had reinforced the offensive’s southernmost army to hinder any transfer of French reserves and then dissipated his strength by attacking in multiple directions. The Germans captured nothing of value and neither destroyed the British army nor split it from its French ally.

The renewed German attempts to break the western Allies in subsequent months repeated the pattern of Michael. A second offensive – Operation Georgette – was launched against British lines in Flanders on 9 April, intended to capture Hazebrouck. The Germans advanced quickly but failed to take the rail hub, in part because Ludendorff again dispersed his attacks. The next major operation, Operation Blücher, opened at the Chemin des Dames on 27 May. This was conceived as a diversion to attract French reserves from Flanders in preparation for another attack there, but Ludendorff was duped by its staggering tactical success into expanding it to a full-fledged offensive. German troops advanced to within ninety kilometers of Paris, yet as in March created a vulnerable salient rather than dealing any fatal blow to their enemies. A penultimate operation on the Matz river (9 June – codename Gneisenau) was inconclusive and the final offensive in Champagne (15 July – Marneschutz-Reims) a total failure. On 18 July, a French-led surprise counterattack fell on the exhausted Germans. The initiative would now firmly remain with the Allies.

The Spring Offensives failed for several reasons. There were serious command errors. Ludendorff squandered his best chance at victory by missing British logistical vulnerabilities, and he lost a grip on the operations, repeatedly reinforcing mere tactical successes. The German army’s material, manpower and mobility limitations called into question whether it was capable of defeating the British and French. These enemies were tough and eventually learned from the tactical mistakes which had contributed to their reverses.

The offensives provoked bitter political controversy in Germany in the war’s aftermath. Critics accused Ludendorff of squandering a chance of negotiated peace with a military operation doomed to fail. Certainly, the offensives hastened the Reich’s defeat. Under pressure, the Allies streamlined their command, appointing Ferdinand Foch (1851-1929) coordinating General-in-Chief. The million U.S. soldiers who had arrived in France by July covered their heavy losses. By contrast, the German army had no reserves to replace its nearly 1 million casualties and was stretched out on a front 120 kilometers longer than in March. Its fittest and best-trained troops had disproportionately perished in the failed operations. Officers and soldiers were exhausted and demoralized. 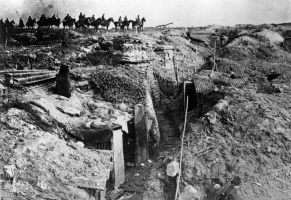 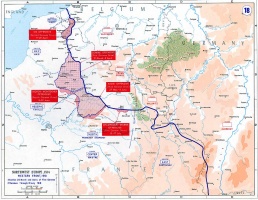 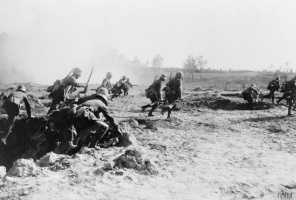