In the First World War, the German Empire had two models of 42-centimeter mortars: the "Gamma-device" (caliber length L/16) and the "M-device" (L/12). For camouflage reasons, both were called "short naval guns." They were special ordnances for fighting modern fortifications. The name "Big Bertha" was not standardized and was applied to both models, though it was occasionally related more narrowly to the "M-device." The origin of the name is unclear. A connection to the name of the main shareholder of Friedrich Krupp AG, Bertha Krupp, has not been established.

Around 1914, the resilience of modern armored fortifications was primarily due to their strong (steel) concrete ceilings and earth-covered protected cavities. They could only be destroyed by shells that descended at an extreme angle. For this reason, these "devices" were strictly designed as high-trajectory weapons.

The Gamma-device was developed under strict secrecy in 1906. Technically, it was a foundation gun, tactically a railway gun, for a railway line had to lead up to its firing position. The fully installed gun weighed 150 tons with its platform. Transporting it in a single load was not possible. The gun had to be split into several parts, the transport of which required ten rail cars. At the start of the war, five of these mortars were available; five more were produced during the war.

The development of the M-device began somewhat later. Initially, it was meant to be a super-heavy trench mortar (“Minenwerfer” in German) and shoot a thin-walled missile with a strong explosive charge. The name of the gun firmly memorialized this origin. Over time, the project resulted in a 42-centimeter mortar. This mainly differed from the Gamma-device in its high degree of mobility, which came at the cost of a lower firing range (9.3 to 14.1 kilometers). The gun weighed 42.6 tons in its firing position. The mortar had carriage wheels and therefore did not require a heavy platform. It also needed to be transported in separate loads that were only then assembled into a complete shooting apparatus when in the firing position. However, these parts could be moved on special trailers for road transport with tractor units, so that the M-device was not dependent on railway access. When the war started, two M-devices were available; ten more were made during the war.

The time required for installation in the firing position was twenty-four hours for the Gamma-device. If there was not a railway track at the tactically necessary site, a spur track needed to be laid there. The M-device was already fire ready after five to six hours.

In 1914, the relatively mobile M-devices played an important role in combating the Belgian and northern French fortifications. The destruction of Fort de Loncin of the fortified position of Liège by a 42-centimeter shell was spectacular. The missile struck the ammunition magazine of the fort. The vast majority of Liège fortifications, however, were destroyed by the firing of 21-centimeter mortars. At that time, the cumbersome Gamma-devices were only used against Fort Manonviller in Lorraine. The propaganda made a special effort to highlight these guns. "42 cm" became synonymous for the performance of German industry and the strength of the German army. As the Battle of Verdun would demonstrate, the impact of these shells was not sufficient for breaking through the protective barriers of modern French detached fortifications.

The heaviest high-angle artillery was not very well suited for use in trench warfare. Their firing positions could also be quickly ascertained using modern sound and light measurement methods. Because of their relatively short range, they could not return enemy fire from long-range guns. The use of their huge, up to 930 kilograms heavy shells proved uneconomical against trench warfare targets and were often materially less effective than smaller, but all the more numerous projectiles. Thus, the importance of "short naval guns" decreased over the course of the war, though they remained in use to the very end.

The "Big Bertha" is the only gun of the First World War whose model name has entered into colloquial speech and is also understood internationally. In 2011-2012, Mario Draghi promoted the measures he took in connection with the so-called Euro rescue operations as "La Grosse Bertha." 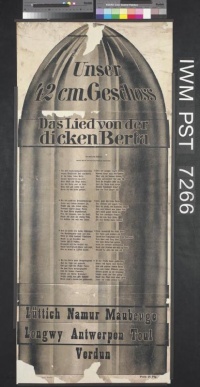 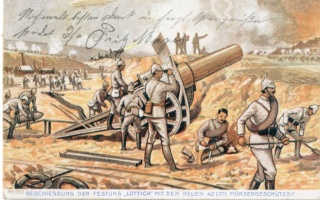 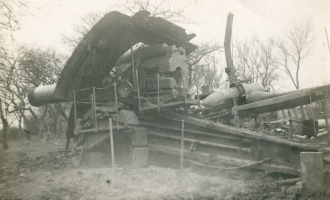 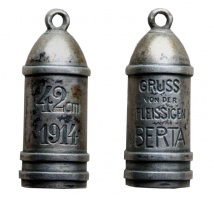 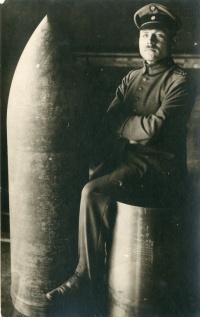 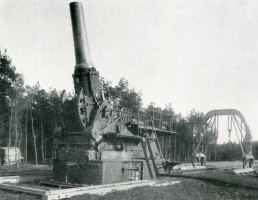 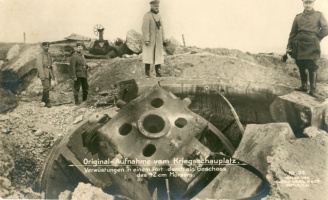