Soldier’s humour, as expressed in jokes, songs and slang, reflected a dark, ironic and sardonic mind-set common among combatants. It usually contributed to individual psychological resilience, group bonding and unit cohesion. However, it could also act as a subversive influence undermining military organisations.

Soldier’s humour, generally typified by ridicule, irony and "black" or "gallows" humour, has been identified by contemporaries and modern researchers as an important facet and expression of combatants’ resilience between 1914 and 1918. Scholars of the British army have paid it particular attention, positing that British working-class citizen-soldiers drew strength from an industrial culture which – as exemplified by its music hall entertainment – prized sardonic, derisive and cheery resilience. However, other nations’ forces, although filled with men from rural cultures, similarly used humour to quash fear and cope with hardship, danger and death. For example, soldiers everywhere downplayed lethal weaponry’s menace by conferring wry nicknames. Shells were dubbed "cook pots" by French troops, "blue cucumbers" by Germans and "Jack Johnsons" – after the African American heavyweight boxing champion – by the British.

Humour as a bonding mechanism↑

Beyond acting as a psychological coping strategy, soldier’s humour underpinned military organisations by promoting group bonding. In-jokes and bawdy songs, such as the Germans’ "Annemarie", helped draw men together. In the British army especially, music-hall-style "concert parties" employed humour to relax men and raise unit cohesion. Humour also offered an outlet for frustrations, as epitomised by the gentle mockery of the Wipers Times, the most famous of British trench newspapers. In worse conditions, it might act as a medium of protest: Austro-Hungarian troops, for example, sardonically christened the dried vegetables prominent in their inadequate rations "Prussian hay" or "Karl-troop-cabbage" (after their emperor). While essential for individuals’ and military units’ resilience, humour could thus also be subversive and contribute to undermining an army. 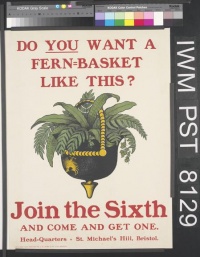 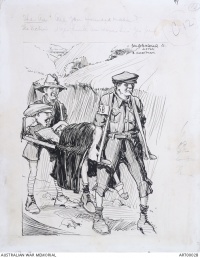 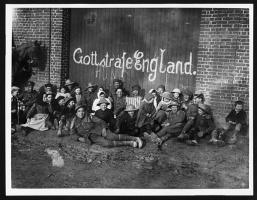 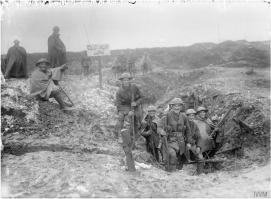