The Khilafat movement was an agitation by Indian Muslims, allied with Indian nationalists, to pressure the British government to preserve the authority of the Ottoman Sultan as Caliph of Islam after World War I. While seemingly pan-Islamic, the movement was primarily a means of achieving pan-Indian Muslim political mobilization.

The Khilafat and the end of World War I↑

The Khilafat movement (1919-1924) was an agitation by Indian Muslims allied with Indian nationalism in the years following World War I. Its purpose was to pressure the British government to preserve the authority of the Ottoman Sultan as Caliph of Islam following the breakup of the Ottoman Empire at the end of the war. Integral to this was the Indian Muslims’ desire to influence the treaty-making process following the war in such a way as to restore the 1914 boundaries of the Ottoman Empire, even though the Turks, allies of the Central Powers, had been defeated in the war. Indian supporters of the Khilafat cause sent a delegation to London in 1920 to plead their case, but the British government treated the delegates as quixotic pan-Islamists, and did not change its policy toward Turkey. The Indian Muslims’ attempt to influence the provisions of the Treaty of Sevres thus failed, and the European powers, most notably Great Britain and France, went ahead with territorial adjustments, including the institution of mandates over formerly Ottoman Arab territories.

The significance of the Khilafat movement, however, lies less in its supposed pan-Islamism than in its impact upon the Indian nationalist movement. The leaders of the Khilafat movement forged the first political alliance among western-educated Indian Muslims and ‘ulema over the religious symbol of the khilafat (caliphate). This leadership included the ‘Ali brothers – Muhammad ‘Ali (1878-1931) and Shaukat ‘Ali (1873-1938) – newspaper editors from Delhi; their spiritual guide Maulana Abdul Bari (1878-1926) of Firangi Mahal, Lucknow; the Calcutta journalist and Islamic scholar Abu’l Kalam Azad (1888-1958); and Maulana Mahmud ul-Hasan (1851-1920), head of the madrasa at Deoband, in northern India. These publicist-politicians and ‘ulema viewed European attacks upon the authority of the Caliph as an attack upon Islam, and thus as a threat to the religious freedom of Muslims under British rule.

The Khilafat and Indian Nationalism↑

The Khilafat issue crystallized anti-British sentiments among Indian Muslims that had increased since the British declaration of war against the Ottomans in 1914. The Khilafat leaders, most of whom had been imprisoned during the war because of their pro-Turkish sympathies, were already active in the Indian nationalist movement. Upon their release in 1919, they espoused the Khilafat cause as a means to achieve pan-Indian Muslim political solidarity in the anti-British cause. The Khilafat movement also benefited from Hindu-Muslim cooperation in the nationalist cause that had grown during the war, beginning with the Lucknow Pact of 1916 between the Indian National Congress and the Muslim League, and culminating in the protest against the Rowlatt anti-Sedition bills in 1919. The National Congress, led by Mahatma Gandhi (1869-1948), called for non-violent non-cooperation against the British. Gandhi espoused the Khilafat cause, as he saw in it the opportunity to rally Muslim support for nationalism. The ‘Ali brothers and their allies, in turn, provided the non-cooperation movement with some of its most enthusiastic followers.

Importance and Collapse of the Movement↑

The combined Khilafat Non-Cooperation movement was the first all-India agitation against British rule. It saw an unprecedented degree of Hindu-Muslim cooperation and it established Gandhi and his technique of non-violent protest (satyagraha) at the center of the Indian nationalist movement. Mass mobilization using religious symbols was remarkably successful, and the British Indian government was shaken. In late 1921, the government moved to suppress the movement. The leaders were arrested, tried, and imprisoned. Gandhi suspended the Non-Cooperation movement in early 1922. Turkish nationalists dealt the final blow to the Khilafat movement by abolishing the Ottoman sultanate in 1922, and the caliphate in 1924. 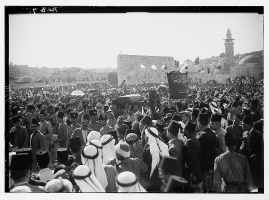 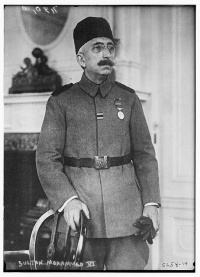