The Hundred Days was the final campaign on the Western Front during the Great War. During this period a series of sequential Allied offensives finally broke through German resistance and compelled the German army to seek an armistice.

The Hundred Days (or “Advance to Victory”) was a series of major battles that took place in the final phase of the Great War on the Western Front between August and November 1918. Following the Allied counter-attack at the Second Battle of the Marne (15 July – 6 August 1918), the British, Belgian, French and American armies mounted a series of offensive operations that drove the German army from their great gains of the spring and forced the German government to seek peace. Beginning at the Battle of Amiens on 8 August and continuing at varying levels of intensity until the Armistice of 11 November, the Hundred Days – actually only a total of ninety-five days – marked the final, climactic campaign of the First World War.

The Hundred Days was not initially intended to be a war-winning campaign. At a meeting of Allied Commanders-in-Chief on 24 July, the Allied Generalissimo, Marshal Ferdinand Foch (1851-1929), proposed taking advantage of German disarray following the Second Battle of the Marne by securing a number of key logistical hubs (primarily the Amiens railway junction and the Paris-Avricourt line at Chateau-Thierry). However, owing to the success of the Anglo-French operation at Amiens – which drove up to eight miles into the German lines south of the Somme River – Foch began formulating a more ambitious series of plans. Following the pinching out of the Saint-Mihiel salient by the U.S. First Army on 12 September, Foch devised a four-stage concentric offensive that would begin on 26 September with an American attack in the Meuse-Argonne. The British Third and First Armies would strike eastwards towards Cambrai on 27 September, to be followed by an attack in Flanders on 28 September. Finally, on 29 September, the final stage of Foch’s plans would go ahead: the main assault on the Hindenburg Line on the St. Quentin canal (to be conducted by the British Fourth and French First Armies).

The German Supreme Command had no answer to the furious Allied attacks and remained detached from the realities of the deteriorating situation. It was not until late August that the First Quartermaster-General, Erich von Ludendorff (1865-1937), gave up his hopes of a final offensive in Flanders (Codenamed Operation Hagen). On 7 September OHL (Oberste Heeresleitung – German Supreme Command) ordered the German Army to begin falling back to the Hindenburg Line, with the hope that once this had been occupied, the Allies would be unable to break through, thus raising the possibility of some kind of negotiated peace. Nevertheless, the cumulative effects of Foch’s concentric attacks in late September produced a dramatic collapse of will. The hard fighting that erupted across the Western Front in late September stretched German reserves to the breaking point and threatened to bring about the complete disintegration of the front. On the evening of 28 September, Ludendorff went to see the Chief of the General Staff, Paul von Hindenburg (1847-1934), and told him that Germany must seek peace as soon as possible. The first note was sent to the U.S. President, Woodrow Wilson (1856-1924), on 3 October, accepting his “Fourteen Points” as the basis for negotiations. This would mark the beginning of a tense series of notes and discussions that would ultimately result in the German delegation signing an Armistice in the early hours of 11 November 1918.

The fighting during the Hundred Days was heavy and continuous, with Allied gains – particularly British and French – dependent upon a maturing tactical and operational system. Hard-fought victories, like those at Amiens and the Hindenburg Line, were the result of well-rehearsed logistical support, artillery dominance, air superiority, the employment of tanks (with mixed success), and more effective infantry tactics. Despite these improvements, casualties throughout were enormous, underlining how the battles of movement and manoeuvre were often more lethal than the periods of trench warfare that have become the enduring image of the First World War (increased undoubtedly by the “Spanish Flu” pandemic). Exact figures for the Hundred Days do not exist, but combined Allied casualties probably amounted to around 700,000. British casualties between August and November 1918 were just short of 300,000, slightly more than the figure of 279,000 for the French army, while U.S. losses were significantly fewer (approaching 130,000). German casualties were approximately 760,000 (and may have been higher given the paucity of records), but were dwarfed by a growing problem of desertion, mutiny and unrest that undermined the cohesion and solidity of the army and was one of the main reasons why Wilhelm II, German Emperor (1859-1941) chose to abdicate from the imperial throne on 9 November 1918. 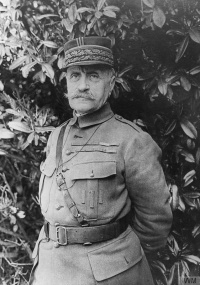 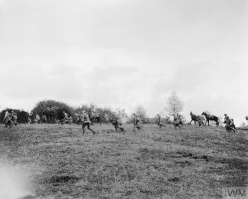 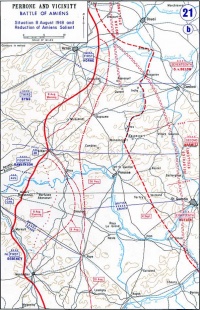 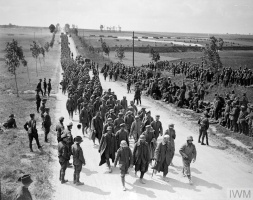 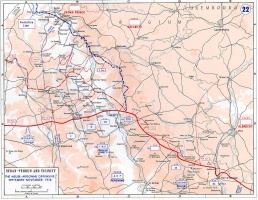 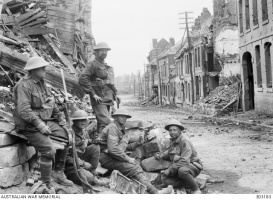 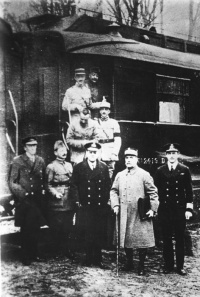