Gaetano Giardino was an Italian general best remembered for his role as commander of the Fourth Army, the army of the Grappa, and as minister of war during the parliamentary crisis of June 1917. In the immediate aftermath of the war he showed some sympathy for the fascist movement, which rewarded him by appointing him governor of Fiume.

A military man always very mindful of his relations with the political world, at the outbreak of war Gaetano Giardino (1864-1935) held the rank of colonel. Thanks in part to his close ties with Luigi Cadorna (1850-1928), on 18 January 1915 he was appointed major general, having previously been Head of General Staff of the Fourth Army and then of the Fifth. Having prepared the push across the Isonzo, Giardino distinguished himself, as commander of the 48th division, in the capture of Gorizia. In 1917 he was commander of the 1st Army Corps, subsequently assuming command of the 24th when Cadorna, on 5 April, appointed him Lieutenant General. A few months later Giardino was called to the Ministry of War, a post that also led to his being appointed senator (16 June). In his new role he endeavoured to suppress all dissent on the home front and to lend his unwavering support to Cadorna’s strategy, so much so, indeed, that shortly before the rout of Caporetto he declared in parliament that no enemy attacks were anticipated, or at any rate not until the following spring.

The Man of the Grappa↑

Following the resignations from the Boselli government, Giardino was first of all appointed deputy head of the General Staff and then, after Cadorna had deferred to the Commission of Enquiry into the causes of Caporetto (February 1918), Italian representative to the interallied military council, a post from which he resigned after less than two months. Upon his return to Italy he assumed command of the Fourth Army (24 April), a post which he would hold for the rest of his life. His principal task was the defence of the massif of the Grappa (Monte Grappa), which represented the last natural obstacle between the front and the Venetian plain. He therefore concentrated upon bolstering the mountain’s defences. Giardino succeeded in holding off the Austrian offensive of 15 June, through his use of assault troops combined with artillery. With the ranks reorganised and morale restored, the army distinguished itself at the battle of Vittorio Veneto (24-29 October), when it lost over 57,000 men. Giardino’s paternal demeanour towards his soldiers was borne out by the success of the “Song of the Grappa”, which was written by General Emilio De Bono (1866-1944) and set to music by maestro Antonio Meneghetti (1890-1973). This famous song played a part in the fabrication of the myth of the Piedmontese military man.

Once the war had ended, Giardino was one of five generals to be appointed (21 December 1919) to the army council, becoming subsequently one of the most prominent and influential figures to feature in that context. As had already occurred during his period of service at the Ministry of War, his name often cropped up when rumours circulated regarding putative coup d’état and schemes advanced by the most extreme zones of fascism. At the time of the March on Rome, in his role as commander of the Florence Army Corps, he did not stand in the way of the fascist squads. The new government therefore chose Giardino to be governor of Fiume (1923-1924), prior to the definitive annexation of the city to Italy. In the following years Giardino was conspicuous for his unflinching opposition to the Di Giorgio ordinance, and for his part in the creation of the myth of the Grappa. Appointed Marshal of Italy (17 June 1926) and awarded the collar of the Order of the Annunciata (December 1929), he retired to Turin, where he subsequently died. Giardino was buried in the memorial chapel of the Grappa, alongside his own soldiers. 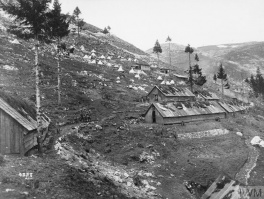 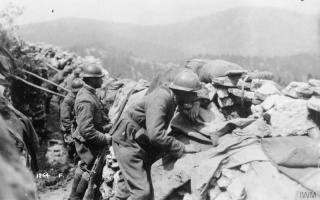 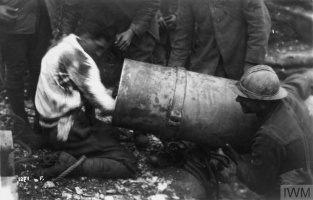 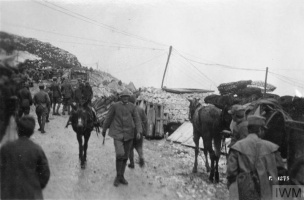 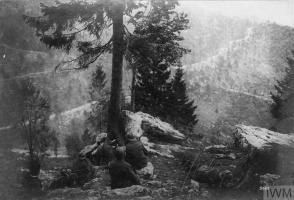