Anti-war socialists from ten countries met in Zimmerwald in September 1915. They adopted a manifesto and founded the International Socialist Commission (ISC), with its headquarters in Bern. A subsequent conference in Kiental in April 1916 criticised supporters of the war even more strongly. When the ISC was relocated to Stockholm in 1917 – closer to the revolutionary movement in the Russian Empire – it had already lost its importance.

The First World War divided international social democrats on two dimensions: nationally, into parties in the Entente states and in the Central Powers, and domestically, into those in favour of the Burgfrieden and those in favour of class struggle. In most countries, the majority of social democrats supported the war policies of their governments. As the Second International – the umbrella organisation of the socialist parties – had failed to unite the quarrelling comrades, Robert Grimm (1881-1958), a Swiss national, along with Italian socialists led a new initiative. Editor-in-chief of the Berner Tagwacht, early on he opened the newspaper to opponents in all socialist parties. As a citizen of a neutral country, he was also able to move on both sides of the front. For the project of an international conference, which met from 5 to 9 September 1915 in Zimmerwald near Bern under the smokescreen of a congress for ornithologists, he gained the support of prominent socialist opponents of the war, but not his own party. Among the 38 participants from 10 countries, besides Grimm, there were, among others: Vladimir Il’ich Lenin (1870-1924), Grigory Zinoviev (1883-1936), Leon Trotsky (1879-1940), Karl Radek (1885-1939), Pavel Akselrod (1850-1928), Georg Ledebour (1850-1947, Germany), Alphonse Merrheim (1871-1925, France), Giacinto Serrati (1872-1926, Italy), Cristian Racovski (1873-1941, Romania), Anželika Balabanova (1878-1965, Italy) und Fritz Platten (1883-1942, Switzerland). The two intended representatives of the British Independent Labour Party (ILP) could not attend, because they were unable to obtain passports. Thus, for the first time since the beginning of the war, leading socialists from enemy countries discussed and agreed on a manifesto, which was published ten days after the conference. It criticized the socialist parties' support for the warring governments and called for a fight against the war, the withdrawal from the Burgfrieden, and “a peace without annexations and war reparations”.[1] The publication received considerable attention, not least due to the signatures of German, French, Italian and Russian socialists – representatives from both camps of the war. In addition, the conference established the International Socialist Commission (ISC) in Bern, under the leadership of Grimm, and with Balabanova as political secretary. While in the belligerent countries censorship and arrests blocked the diffusion of the Zimmerwald ideas, in Switzerland they could be openly spread.

In the view of the majority – especially representatives of centrist currents of socialism, but also some pacifists – the role of the Zimmerwald Movement was to coordinate the activities of socialist opponents of the war. However, the Zimmerwald Left surrounding Lenin wanted to transform the movement into the core of a new, revolutionary International. At the Aarau party congress in 1915, the Social Democratic Party of Switzerland (SPS) aligned itself with the Zimmerwald Movement and was, therefore, officially represented by Ernst Nobs (1886-1957) and Ernest Paul Graber (1875-1956), among others, at their next conference. This took place from 24 to 30 April 1916 in Kiental (in Reichenbach, Berner Oberland), once again in secret. Willi Münzenberg (1889-1940) from the International Youth Bureau was among the 41 participants, many of whom had already attended in Zimmerwald. After intensive debates, the conference adopted a manifesto that dealt more severely with the majority socialists who continued to support the war. However, the founding of a new International, which the Zimmerwald Left had wished for, met with rejection. Due to broader support and the fact that opposition to the war had generally increased, the manifesto had a greater echo so that the Kiental Conference became the zenith of the Zimmerwald Movement. Subsequently, the differences between the majority, which aimed for internationally coordinated agitation against the war, and the Left surrounding Lenin, which supported a revolution, were exacerbated. Moreover, government harassment (passport and visa denials) impeded communication.

By 1917, the entry of the USA into the war and the February Revolution in Russia fully undermined the common ground of the Zimmerwald Movement. In addition, Grimm, their leading thinker, lost his authority when his efforts to mediate a peace between revolutionary Russia and the German Empire were eviscerated by the propaganda of the Entente powers (the Grimm-Hoffmann Affair). In summer 1917, he resigned from all international functions. The ISC was relocated to Stockholm, closer to the revolutionary movement in the Russian Empire. It increasingly came under the influence of the Zimmerwald Left, especially as Balabanova temporarily joined the Bolsheviks. The Third Zimmerwald Conference, which took place from 5 to 12 September 1917 in Stockholm, was intended to be broader than the first two. Yet it remained a skeleton conference, since the delegates from Entente states could not obtain passports. However, this time Hugo Haase (1863-1919), the former chairman of the Social Democratic Party of Germany (SPD) and representative of the Independent Social Democratic Party of Germany (USPD), participated. The main theme was the relationship with majority socialists, who were also planning an international conference in Stockholm. The manifesto, which called for a mass strike to end the war, could not be approved by the affiliated parties due to, among other things, severe barriers to communication. As a result, it was only published after the October Revolution and did not receive any attention. Various statements and the new bulletin of the ISC continued to appear until September 1918. The end of the Zimmerwald Movement was announced in a statement signed by Lenin, Zinoviev, Trotsky, Platten and Racovski immediately before the constitution of the Third International on 3 March 1919. They demanded that all documents be handed over to the Third International.

The memory of the Zimmerwald Movement was controversial, because the Communists, for their part, integrated it into the founding myth of their International, while in the mid-term the members of the Zimmerwald Movement in most Western European social democracies were among the losers with the notable exception of Grimm and his comrades in Switzerland. Historians gained interest in this topic in the late 1960s and 1970s, prompted by the 50-year anniversary of the movement, the expiry of blocking periods for archived documents, and the generally growing interest in the labour movement. In so doing, it was quite common that the historical political lines of the inter-war period persisted: Communists and the right-wing parties both interpreted the Zimmerwald Movement as the seed of the Communist International; the former in order to integrate it into the founding myth of the Soviet Union, the latter in order to stigmatise the social democrats who participated. In contrast, social democrats and a considerable portion of the academic research emphasized the view that it was an anti-war movement, which rested on the foundation of pre-war social democracy. 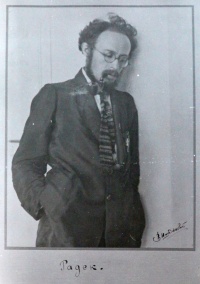 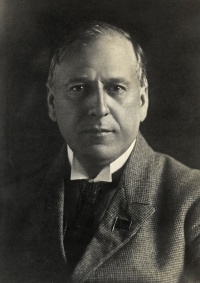 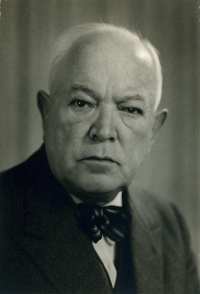