War Industry Committees were an attempt by Russian industrialists to mobilise the Russian economy for the war effort. They made some contribution to easing supply problems but mutual mistrust between the committees and the regime, particularly over labour groups, hampered their efficacy and encouraged leading members to oppose the tsarist government.

Russia, like all European belligerents, witnessed the intertwining of professional and civic organisations with government structures in order to mobilise resources for the war effort. In Russia, however, where cooperation between the state and public was weakly organised before the war, the process of establishing such a "parastatal complex" was telescoped and formed part of a crisis of modernisation.[1] Until the 1890s, Russian industrialists lacked bodies to represent their interests as a group. Lack of organisation was fostered by the prominence of foreign entrepreneurs and the domination of the state in determining access to capital and orders, restricting the rights of minorities and perpetuating the guild system, as well as by prejudice in government and society against profit-seeking activity. State promotion of industry in the late 19th century gave rise to commercial syndicates but only during the revolution of 1905 did entrepreneurs begin to think of themselves as a common constituency. Following the granting of a parliament, the State Duma, in October 1905, in which conservative industrial interests were represented by the Octobrist party, most commercial figures eschewed oppositional activity and in 1906 founded the Association of Industry and Trade to promote the requirements of business before the government. The Association included, however, a generation of more politically active Moscow-based manufacturers, such as Pavel Pavlovich Riabushinskii (1871-1924), who demanded further reform, sought co-operation with anti-autocratic movements and created the Progressist Party to press a democratic, capitalist agenda in the Duma. Riabushinskii then galvanised the Association to form the War Industry Committees.

Historians dispute the extent to which industrialists greeted the declaration of war with enthusiasm. By the end of 1914 there was definite disquiet in industrial circles about the government’s resolve to tackle economic problems, while the industrialists were reproached in the press for a "business-as-usual" approach to wartime duties. The crisis in munition supplies, fully revealed in defeats on the Galician front in April 1915, provoked both government and business to create novel solutions to mobilising the economy. Russia had been unprepared to meet the demand for guns and artillery at the front. The lack of capacity of its armaments industry was exacerbated by bureaucratic conflicts, fear of acknowledging shortages, mismanagement of the railways and a policy of dealing with a small circle of contractors. In January 1915, the Association of Industry and Trade sent a memorandum to the Council of Ministers recommending the creation of a special council composed of government officials and representatives of industrial organisations. Ministers rejected the proposal but in May, with the army in retreat, they established a Special Council for Supply including members from banking and industry. The commercial representatives, however, came from large Petrograd firms already engaged in the war effort and did not answer the Association’s demand to involve all industrial Russia. At its ninth congress at the end of May, roused by Riabushinskii, the Association adopted its own solution, a network of War Industry Committees dedicated to organising the power of Russian industry for state defence.

The Central Committee and the Provinces↑

The Central War Industry Committee determined the allocation of money, contracts and materials obtained from the state. Its sections brought together managers, engineers and technicians to mobilise production in an array of sectors including mechanical, chemical, clothing, food, medical, transport, fuel, labour supply, metallurgical and financial. Across Russia industrialists formed district and local committees (totalling 226 by February 1916). Some performed limited functions like registering businesses, while others forged connections with other public organisations and enlarged their activities to areas such as food and medical supply. Links were weak, however, between the central, district and local committees and local committees and enterprises. The central committee frequently placed orders directly with firms, bypassing local committees, while some local committees found their own orders. The Moscow committee under Riabushinskii functioned almost as a second central committee, attracting the city’s leading entrepreneurs and heads of public bodies such as the Zemstvo Union and securing contracts directly from military departments.

A contentious aspect of the composition of the War Industry Committees was the decision, made at the first congress in July 1915, to invite workers’ delegates, to be elected in two stages from factories of over 500 workers. The government, facing military defeats and a resurgence of working class unrest and unsure about its ability to deal with labour supply through means such as militarisation, agreed to the election. The workers’ parties, however, largely rejected participation in a bourgeois institution committed wholeheartedly to the war effort. The Bolsheviks and most Socialist Revolutionaries favoured a boycott and the issue split the Mensheviks. Nevertheless, sixteen worker representatives were eventually chosen to the central committee and the Moscow election proceeded smoothly. In other localities the process was hampered by the boycott movement, police harassment and the reluctance of some committees, but by 1917 fifty-eight workers’ groups with about 200 members had been established. The groups campaigned for a workers’ congress, conciliation boards and factory elders, which were incorporated into resolutions at the committees’ second congress in February 1916, but blocked by intransigence from the government and individual factory directors.

It is impossible to separate the economic and political dimensions of the War Industry Committees. They were created in a spirit of patriotism and adopted the slogan "All for the War". Their involvement in distributing orders and regulating flows of materials, labour, fuel and transport, however, occupied them in areas traditionally controlled by the bureaucracy and their existence raised the suspicions of a tsarist regime mistrustful of public initiative. The conception of the committees, moreover, was based on an understanding that economic improvement required political reorganisation and on hopes among industrialists for expanded economic and political power after the war. The politicisation of the committees was furthered by the election of Aleksandr Ivanovich Guchkov (1862-1936), leader of the Octobrist party and former Duma president, to chairman of the central committee in July 1915, with the Progressist Duma deputy, Aleksandr Ivanovich Konovalov (1875-1949), as vice-chairman. From August 1915, the leaders of the central and Moscow committees associated with the Progressive Bloc in the Duma demanding a government of public confidence. Once the military situation improved in spring 1916 official harassment stepped up in the form of reduced orders, censorship, prohibition of meetings and arrests. The workers’ groups, meanwhile, were attacked by socialist parties and the tsarist police alike and had their activities curtailed by the committees. To overcome their isolation they began to agitate among workers for political protest, such as a march to the Duma in mid-February 1917. When street demonstrations at the end of February swept away the tsarist regime, leaders of the War Industry Committees like Guchkov and Konovalov took portfolios in the Provisional Government, while members of the workers’ groups were active in the Petrograd Soviet.

The contribution of the committees to mobilising Russian industry is difficult to gauge from incomplete data. The central committee claimed it had distributed orders to the value of 395 million roubles by February 1917 and, according to some estimates, the committee received 7.6 percent of domestic orders from military departments in 1916. Their effort was hindered, however, by a lack of cooperation with the government and internal disunity. Historians have argued that they were more significant in their political role as a focus for the energies of the dynamic industrial bourgeoisie and an experiment in collaboration between liberals and social democratic workers’ representatives. The experiments in joint action with both government and masses failed, however, and the committees could not prevent the disintegration of industry and the state in 1917. 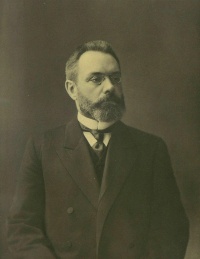 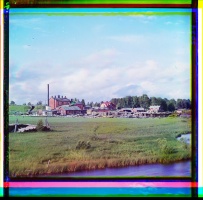