Founded on 11 November 1918 with the support of French Prime Minister Georges Clemenceau, the Union Nationale des Combattants was the largest right-wing veterans’ association in interwar France. It campaigned for the improvement of veterans’ pensions and for the involvement of ex-servicemen in government.

The Union Nationale des Combattants (UNC) was founded in Paris on 11 November 1918 on the initiative of Catholic veterans led by Father Daniel Brottier (1876-1936). General Léon Durand (1846-1925) became the UNC’s first president and, with Brottier, formulated the UNC’s motto: “United as at the Front.” The association founded a national weekly newspaper called La Voix du Combattant. With the support of the Church, the army and conservative business interests, the UNC became the largest right-wing veterans’ association in France, with 900,000 members by 1939. Throughout the interwar years, the UNC campaigned tirelessly for the improvement of veterans’ pensions and for the involvement of ex-servicemen in government. The UNC was a founding member of the Fédération interallié des anciens combattants, an international body for former allied veterans that was suspicious of rapprochement with Germany.

During the 1930s, under the leadership of Parisian councillor Georges Lebecq (1883-1956) and parliamentary deputy Jean Goy (1892-1944), the UNC became increasingly involved in politics. On 6 February 1934 the association rioted with nationalist paramilitary groups in Paris against the left-wing government. Following the riot, the UNC grew close to extreme right-wing and fascist groups. Increasingly disillusioned with the democratic Third Republic, in 1938 the association (along with the Union fédérale) demanded an authoritarian regime of veterans under the leadership of a “national personality” such as Marshal Philippe Pétain (1856-1951). The UNC was subsumed into Vichy France’s Légion française des combattants in August 1940. 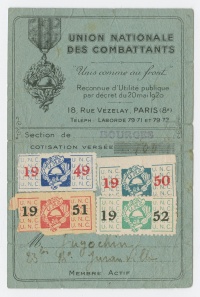 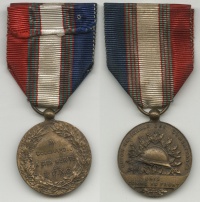 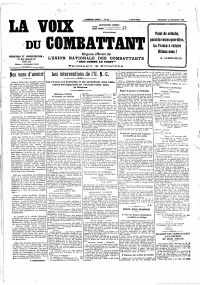