Milan Rastislav Štefánik was a Slovak astronomer, diplomat, politician, general, one of the organizers of the Czechoslovak legions and one of the founding fathers of Czechoslovakia. In today’s Slovakia he is seen as a national hero.

Milan Rastislav Štefánik was the son of a protestant pastor, born on 21 July 1880, in the hamlet of Košariská, in today’s Slovakia. After his studies at secondary schools in several towns in the kingdom of Hungary, he was awarded his doctorate in astronomy in 1904 at the Arts Faculty of the Czech University in Prague. The following year he began work under Professor Jules Janssen (1824-1907) in the Meudon Observatory, Paris. To carry out his astronomical research, including observing solar eclipses, Štefánik had to travel around the world: Spain (1905); Turkestan (1907); Mont Blanc, which he climbed six times (1905-1908); North Africa (1909); Tahiti, where he built his own observatory (1910); Vava´u Island (1911); and Brazil (1912). In 1913, he carried out a very successful mission to Ecuador where he obtained a permit to organize a network of wireless telegraphy and, as a French citizen since 1912, he strengthened the French influence in this country. The tasks were more diplomatic than scientific in nature, and they opened him the doors to the highest political sphere of the Third French Republic. In 1914, he was made a knight of the Légion d'honneur for his successful missions in Tahiti and Ecuador.

The Beginning of the Czechoslovak Movement Abroad↑

Drafted in August 1914, Štefánik could not begin his duties immediately because of health problems. After completing military training, however, he fought as a pilot on the western front in summer 1915 as a member of MF 54 squadron. Using his technical abilities, he created the military weather forecast service and General Ferdinand Foch (1851-1929) entrusted him with establishing a meteorological service for the section of the front under his command. However, he refused to take command of this service and left for a mission in Serbia in order to fight the Austro-Hungarian Army. Later, Štefánik founded and organised the meteorological service for the Romanian Army. He also planned to set up an inter-allied meteorological service to serve the armies of the Entente, but he was overwhelmed by other projects.

At the end of 1915, Štefánik met Edvard Beneš (1884-1948), and they started an efficient collaboration. The next year, the Czechoslovak National Council was established, with Tomáš Garrigue Masaryk (1850-1937) as its Chair; Josef Dürich (1847-1927), later replaced by Štefánik, as deputy Chair; Beneš as general secretary; and Štefánik as representative of the Slovaks. Its main goal was the creation of Czechoslovakia. Thanks to his rich and varied activities, and his ability to win people over, Štefánik introduced the Czechoslovak question to the French elites. His friends and acquittances ensured the support of influential newspapers such as the daily, Le Matin.

Thanks to the activities of Beneš and Štefánik, on 16 December 1917, a presidential decree was issued, authorising the formation of a Czechoslovak army (legions) in France. However, there was a problem: there were neither Czechoslovak prisoners of war (POWs), nor sizeable Czech or Slovak communities on French territory. Bringing Czechoslovak volunteers to France was thus the primary aim of Štefánik’s missions to Russia in 1916/17; Romania in 1916/1917; the United States in 1917; and (partly) to Italy, in 1918. He achieved all this in spite of his serious health problems. Finally, around 10,000 Czechoslovak soldiers fought on the western front.

The situation was much more complicated in Italy considering the Italian-Yugoslav rivalry in the Balkans and thus the mistrust of Rome over the movement of nationalities in Austria-Hungary. Following the Rome Congress of Oppressed Nationalities, and complex negotiations, Štefánik signed an agreement on 21 April 1918 that authorised the creation of the Czechoslovak Legions in Italy and recognized the Czechoslovak National Council. A further important event that he arranged was the passing of the military flag of the Czechoslovak Army on the Altar of the Fatherland in Rome on 24 May 1918, the anniversary of Italy’s entering the war. This episode was of extraordinary propagandistic importance. To raise his prestige and authority in the negotiations with the Italians, he was given the rank of general in summer 1918. Although Štefánik became a general in just three and a half years, his promotions were for diplomatic reasons. He also received many military and civil decorations and eventually became commander of the Légion d'honneur.

Czechoslovak Legions in Russia were created, also thanks to Štefánik´s mission to this country in 1916/1917. The troops were fighting the Bolsheviks from late spring 1918, but needed to travel to Vladivostok for transportation to Europe. For this reason, they temporarily controlled the Trans-Siberian Railway. Later, their task was to facilitate the military intervention planned by the allies, with the aim of renewing the eastern front and after the war defeating the Bolsheviks. The employment of the Legions in Russia, France, and Italy became the reason why the Czechoslovak National Council in spring and summer (and later the Provisional Czechoslovak Government) was recognized by the allies.

By that time, the relations between Štefánik and Beneš started to deteriorate as those two strong personalities were jealous of each other. From a political perspective Štefánik was more conservative than both Beneš and Masaryk, as he wanted Czechoslovakia to be a monarchy. In the new state, created on 28 October 1918, Štefánik sought to become the vice-president for Slovakia.

After the Founding of Czechoslovakia↑

In November 1918, Štefánik, then Czechoslovak minister of war, arrived in Siberia. The Great War had ended and the soldiers did not understand the need for further fighting, as Czechoslovakia was now established. At first Štefánik tried to convince them that they had to fight to ensure favourable conditions for peace and to secure frontiers for Czechoslovakia. After his visit to the units on the front, he and General Maurice Janin (1862-1946), commander in chief of the allied armies in Siberia, concluded that a withdrawal of the Czechoslovak Army was inevitable. He realised that he would be unable to resolve the situation of the Czechoslovak Army in Siberia, and returned to Paris, where he demanded either an allied intervention or a complete withdrawal of the Czechoslovak Army. Soon after the end of the war, a conflict occurred between the French and Italian military missions in Czechoslovakia. From the wider point of view, the influence in Czechoslovakia was at stake. In this situation, when hostilities with Bolshevik Hungary were growing, Štefánik arranged a compromise that satisfied both French and Italian governments. Soon after, when returning to his new homeland, Štefánik died in aircraft accident on 4 May 1919. Conspiracy theories still abound, but the evidence available to us today suggests that Štefánik's death was simply an accident.

Michal Kšiňan, Institute of History of the Slovak Academy of Sciences 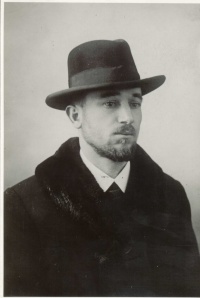 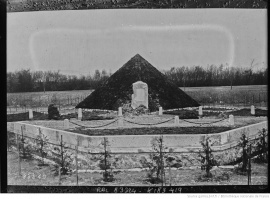 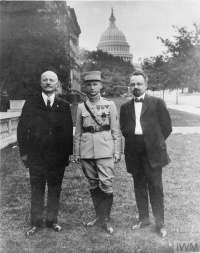 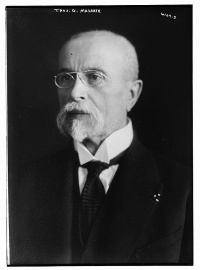