The Spanish government maintained a benevolent neutrality policy towards the Entente Powers during the First World War. Liberal and Conservative cabinets decided it was the only position consistent with their country's traditionally friendly relations with Great Britain and France.

Neutrality is still an understudied issue within the historiography of the First World War. Specifically, the role of peripheral neutrals requires much research to produce a comprehensive picture of total war dynamics beyond the major points of conflict. Neutral powers in Europe could not defend their territorial integrity and national sovereignty against wartime pressures under the same conditions as belligerent countries. In southern and Mediterranean Europe, Italy, Portugal, and Greece did not cling to neutral status, which made Spain the exception. Spain not only kept its neutrality but also strengthened its diplomatic connections with the Allies.

Starting in 1902, the Liberal Spanish government submitted its national ambitions in Morocco to a trilateral agreement with France and Great Britain. Moreover, the Spanish economy was heavily dependent on Great Britain and France. Between 1910 and 1913, Spanish imports by country of origin came from France (15.8 percent), Britain (17.7 percent), and Germany (9.9 percent). Similarly, top export destinations were France (24.9 percent), Britain (21.4 percent), and Germany (5.9 percent). On these grounds, despite the Royal Decree of Neutrality from 4 August 1914, the Conservative Eduardo Dato’s (1856–1921) cabinet unofficially informed the British that Spain would exhibit “benevolent neutrality” towards the Allied side.

It is only very recently that foreign influence on Spanish neutrality came to light for historians. The conflict provided Spain with an economic boom. Imports were decreasing dramatically while the volume and prices of raw materials and foodstuffs exports were rising. But the great prosperity was not evenly distributed across all social groups. Frequently, supplies of bread and other basic foodstuffs were limited, which particularly affected the rural and urban working class. The resulting collapse in the oligarchic Restorationist regime has been the main focus of research on Spain and the First World War.

Generally, two main threads of analysis can be identified in scholarly studies. One thread pays attention to the legal aspects of neutrality as well as Alfonso XIII, King of Spain’s (1886–1941) humanitarian initiatives. The classic work of Fernández de la Reguera as well as Juan Pando’s study of Alfonso XIII’s peace commitment are examples of the traditional literary interest on the first trope. The other concentrates on the mobilization of intellectuals and the public with their respective allegiances to the Central Powers and the Entente. A civil “war of words” between Germanófilos (German supporters) and Aliadófilos (Allied supporters) flared up in Spain, showing the ideological gap between the ruling elite and the outsiders in the political system. Gerald Meaker and Romero Salvadó have contributed to the study of this key aspect of Spain's involvement in the First World War. Left-wing workers (the so-called “real Spain”) were ideologically closer to the Allies, whereas church and monarchist parties (identified with the “official Spain”) actively supported the German cause. However, this primary domestic approach needs to be qualified.

Spain, without Being at War, Had the War at Home↑

The tendency to focus research on the crash of the Spanish constitutional system and social unrest has obscured a third crucial factor in Spain's neutrality: the plans and activities the warring powers had for Spain between 1914 and 1918. Contrary to the idea that neutrality shielded Spain from war antagonism, belligerent powers’ activity on the Iberian Peninsula, which included commercial and political espionage, industrial sabotage plots, and an ongoing aggressive propaganda campaign, demonstrated how outside interference in domestic affairs contributed to the country's increasing instability.

Spain was the most self-sufficient European neutral in terms of minerals and foodstuffs. Moreover, its geographically strategic position between the Mediterranean Sea and the Atlantic Ocean increased Spain's importance for belligerent communications and transit-trade. Spanish dynamism in commercial terms, and trade connections with the main ports of France, Italy, and North Africa, made it the leader of the Allied interferences in Spanish affairs. Although Spain had not played a major part in Germany's foreign policy prior to the First World War, the war intensified German activity against Anglo-French influence on Spain. Overall, the most recent historical research contributions have looked at the belligerent fight for the production and export of Spanish pyrites, lead, and iron essential for war industries and the control of shipping lanes in the Strait of Gibraltar. Spain consequently turned out to be a covert battlefield, while Liberal and Conservative governments favoured both Anglo-French interests at stake.

On the whole, Spanish neutrality has traditionally been examined through offi­cial statements. But before the crisis of July 1914, the foreign secretary, Salvador Bermúdez de Castro y O’Lawlor, Marquis of Lema (1863-1945), had already discussed de facto benevolent neutrality with Prime Minister Dato. Although the Conservatives’ commitment to the Entente was made even before the war broke out, the Romanonist faction of the Liberal Party thought it necessary to publicly decry neutrality. The famous article “Neutralidades que matan” ("Neutralities that kill") was published in the Diario Universal on 19 August 1914. It is attributed to Juan Pérez Caballero (1861–1951), a Liberal leader and Álvaro de Figueroa, Count Romanones’ (1863–1950) righthand man. The article argued that Spain should enter the war alongside the Allied forces, complying with its own national interests in the Mediterranean and friendly relations with France and Great Britain.

Count Romanones and his cabinet (December 1915–April 1917) were considered to be the leading proponents of pro-Allied positions in Spain. German meddling in Spanish politics arguably reached its high point in the press campaign organised against the Liberal Cabinet in autumn of 1916. The press campaign launched against Romanones took advantage of his success as a businessman to portray him as a war profiteer. But the German ambassador in Madrid, Maximiliam von Ratibor und Corvey (1856-1924), was not always successful in his manoeuvres against Spanish partiality for his enemies. In February 1917, the Spanish ambassador in Paris, Fernando León y Castillo (1842–1918), suggested to the French that Tangier and Gibraltar, plus a free hand to interfere in Portuguese politics, might be compensation for abandoning neutrality. However, Count Romanones’s power was weakening. After the German sinking of the San Fulgencio, dissent within the Liberal Party forced Count Romanones to resign in April 1917.

After the resignation, three different cabinets were appointed in less than a year. Despite military riots and revolutionary strikes in the summer of 1917, the most critical months of Spanish neutrality were August and September 1918. Until that point more than eighty Spanish boats had been sunk. After the sinking of the Ramón de Larrinaga by the German U-92, Antonio Maura’s (1853–1925) national government made it clear that continuing to target Spanish vessels would not be tolerated. The Spanish government demanded compensation. Even King Alfonso XIII, whose position had been seen as favorable towards Germany after the Russian Revolution, was exasperated by the course of the submarine warfare. In practice, Spanish threats to break off diplomatic relations with Germany, or even belligerence against Germany, did not mean a lot to the Entente. Spain could offer the Allies little by entering the war, especially given the incalculable services it was already providing for their cause as a “neutral ally” without negotiating any firmly-based compensation.

On 8 August 1914, the Spanish government provided a guarantee to supply charcoal and foodstuffs to the population of Gibraltar, a British colony. When the Allies launched an offensive in the Dardanelles, they urgently needed to maintain their sea-based military and naval population in transit to or from the straits. The same was true while the Allied Convoy System was based at Gibraltar in the spring of 1917. The help of a friendly neighboring country such as Spain took on a strategic character. Customs in La Linea de la Concepcion, a town on the Gibraltar border in Spain, was specifically reopened for food supplies to Gibraltar, which contravened the Spanish export prohibitions and neutrality laws. As an example, in 1915 Spanish rice exports to the colony amounted to 1.2 metric tons and there was no fresh meat and wheat flour trade; in 1917 rice exports amounted to 302 metric tons while fresh meat exports increased to 405.8 and wheat flour to 781.4 metric tons.

Spain became one of the Entente’s biggest suppliers of foodstuffs and raw materials, while Spanish-German commercial relations were cut off. The Spanish government signed several bilateral trade agreements but only with the Allied countries. In March 1917 José Gómez Acebo y Cortina, Marquess of Cortina (1860–1932), a Liberal senator, was appointed by Romanones to carry out trade negotiations in London. The Anglo-Spanish agreement, so-called “Convenio Cortina” (“Cortina Agreement”), stipulated a monthly English export of 150,000 tons of coal in return for 200,000 tons of Spanish iron ore. The Spanish government also undertook to ease restrictions on the use of Spanish tonnage available for Allied trade in exchange for British fruit imports. Between April 1917 and June 1918, Spain and France signed more agreements on rail transport, credits, and lead and tungsten purchases. Other commercial deals were also reached with Italy and the United States.

The implications of Spain's benevolence toward the Allies can only be seen within the broad framework of Spain's relations with the Entente. During the first months, the hope for reward was probably not clearly directed, nor was the desire to earn favors safely from the potential winners. But over time, the gulf between the supposed aspirations and what was finally achieved showed the false assumptions on which Spain had based the precarious balance between formal neutrality and unofficial partiality. The international ambitions of the Liberal government headed by Count Romanones exemplified the inconsistency of that position. The reality of the unofficial exception made for the Allies, through “open intelligence” with Britain in Gibraltar, was probably intertwined with the desire to achieve a more advantageous position in Morocco than that obtained in November 1912. However, Spanish neutrality meant that there was no carte à payer after the conflict. In 1919, Romanones, then minister of state, viewed the status of bilateral relations with Britain and its impact on Moroccan affairs very differently from his perceptions in 1915. He only aspired to maintain the prewar status quo.

All in all, neutrality was the best option for Spain. In spite of the Spanish politicians’ ineffectuality, the country stayed out of savage butchery. Furthermore, as the Italian case showed, entering war with the winning side was not always a guarantee of achieving old national aspirations. 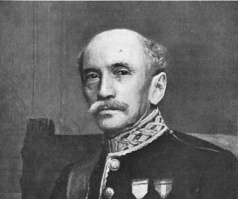 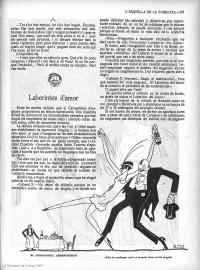 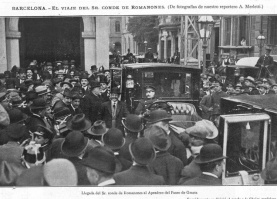 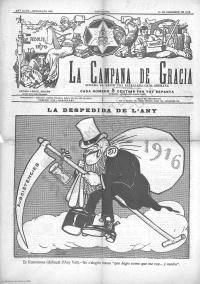 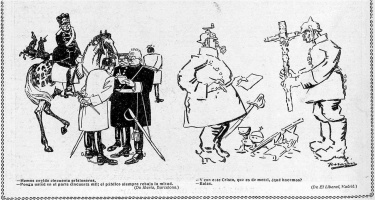