Polish paramilitary organizations were active in Galicia from 1910 to 1914 with the permission of the Austro-Hungarian army’s intelligence service. Their ostensible aim was to militarily train young people and improve their shooting skills. The actual purpose was to prepare cadres for a future uprising against the Russian Empire.

The first organizations were established in 1910 on the initiative of the Union of Active Struggle (Związek Walki Czynnej), a secret association created by Polish activists who planned to start preparations for the uprising against Russia. The idea of an armed struggle for independence, abandoned after several unsuccessful attempts in the 19th century, was revived by members of the Polish Socialist Party (Polska Partia Socjalistyczna), a fraction that combined a socialist stance with a demand for Polish independence. Józef Piłsudski (1867-1935), who led socialist fighting detachments during the revolution of 1905, played a crucial role. He concluded that a key to winning independence from Russia was not social revolution, but national insurrection. Considering previous Polish defeats, the uprising should be led by a well-prepared, professional military force. The outbreak would be possible only in an advantageous international situation, such as war between the powers that had partitioned Poland. Under these circumstances, the cooperation between Polish activists and the Austro-Hungarian Empire, with its relatively liberal political system and antagonism toward Russia, was especially valuable.

In 1906 Piłsudski started to negotiate with the officers of the Austro-Hungarian army’s intelligence service. His first offers were refused, but the decision-makers in intelligence soon realized that in light of dramatically aggravating international relations, it would be useful to tolerate a group capable of destabilizing the Russian Empire and providing information on enemy troops.

In 1908, the secret Union of Active Struggle was established by Kazimierz Sosnkowski (1885-1969) and other activists in Lvov. The main purpose was to train youth to fight against Russia. Due to its underground character, the union developed slowly: in 1910 it had only 221 members. The police arrested seven activists by mistake, making it impossible to hide the fact that anti-Russian preparations were being made in Galicia. Intelligence officers, among them captain Józef Rybak (1882-1953), suggested another solution: establish official, lawful associations of riflemen. The legal basis was a law enacted on 15 November 1867 allowing Schützen Verein, civilian associations focused on improving Austrian citizens’ shooting skills. The Austrian Ministry of Land Defence confirmed the law in 1909 in a regulation supporting voluntary civilian shooting activities.

Establishment of the Rifleman Associations↑

The Office of the Governor in Lvov gave official permission to establish the Rifleman’s Association (Związek Strzelecki) in Lvov on 23 March 1910 and the Rifleman Society (Strzelec) in Cracow on 1 December 1910. The engineer Władysław Sikorski (1881-1943) became the president of the Riflemen’s Association. The official founder of the Association was Eugeniusz Kiernik (1877-1921), however, he was replaced by Włodzimierz Tetmajer (1861-1923) in 1911. Formally separated, the associations operated as a single organization, controlled by the secret Union of Active Struggle. The associations acted as the lawful embodiment of the underground Union. From 1912 both associations as well as their growing branches became subordinated to a common command consisting of Union members. Józef Piłsudski performed the functions of commander-in-chief with Sosnkowski as chief of staff. At the end of 1912 the organizations and their command were subject to the Temporary Commission of Confederated Independence Parties (Komisja Tymczasowa Skonfederowanych Stronnictw Niepodległościowych), an agreement between left-leaning and pro-independence Galician parties, created to coordinate the efforts to regain independence in alliance with Austro-Hungarian monarchy.

The new organizations developed rapidly. In 1912 they had around 600 riflemen, and by June 1914, 7,239 men had joined. Initially most members came from an intellectual background, but peasants and workers joined later on. Nevertheless the movement was shaped primarily by the patriotic university and high school youth.

In order to conduct military training, three courses were organized: lower (for privates), medium (for non-commissioned officers) and higher (for officers). The lower course concentrated on shooting skills and physical training. The higher level classes also covered theoretical aspects of military knowledge, such as tactics, military history, knowledge of the Russian army, construction of field fortifications, topography and planning guerilla warfare in the Kingdom of Poland.

Since the riflemen were not professional soldiers and training was not allowed to disturb their everyday activities, it occurred in the form of early morning exercises, weekend cross-country practices and summer camps. Arms and ammunition were bought openly from the firm Dzikowski in Lvov or supplied unofficially from the army depots. Thus the movement was discreetly but consistently supported by the Austro-Hungarian army, which also provided instructors and the possibility to train on army rifle ranges. In July 1914, the associations owned 819 different types of guns (Mannlicher, Werdl and handguns). Blue-grey uniforms were inspired by the French or British patterns of battle dress. Owing to the fact that they were rather expensive and supposed to be bought by the riflemen themselves, only 30 to 40 percent (mainly officers) were fully equipped. Almost all riflemen wore the Polish hat (maciejówka), based upon the simple headgear of ordinary Poles. It was decorated with a Polish eagle without a crown, probably a symbol of the riflemen’s democratic, republican approach.

Other Organizations and Further Events↑

Despite the fact that the Rifleman associations were not concerned with politics, Galician society associated them with leftwing or socialist parties. Their success encouraged other political groups to create similar organizations. In 1911 right-wing activists of the Zarzewie association established the Polish Rifle Squads, who soon started to cooperate with the Rifleman associations. Two other organizations were the Field Squads of Sokół (Sokole Drużyny Polowe), created by the originally athletic association Sokół (Falcon), and the Squads of Bartosz (Drużyny Bartoszowe), which brought peasant youth together. In many ways, they all started to operate like a provisional army. They trained an estimated 30,000 people before World War I. After the outbreak of the war, riflemen were either incorporated into the Austro-Hungarian military or mobilized by Piłsudski to accomplish his vision and start the uprising. On 6 August 1914 they crossed the border of the Kingdom of Poland. After this plan failed, the former riflemen became an autonomous unit of the Polish Legions in the imperial army. 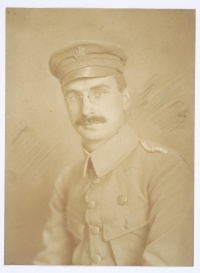