The First World War transformed the nursing profession. The necessity to treat large numbers of wounded soldiers at the front created not only “white angels”, but real working-class women’s work.

In the late 19th and early 20th centuries, medical advances led hospitals to abandon their mission to host poor people and organize effective prevention, treatment and care. In most countries, training was organized for those who were shortly to become medical auxiliaries. Legislation was introduced or prepared (it was sometimes still in discussion) to regulate those new activities.

Because it came at this time, the First World War completely changed this workforce population and its practice. There were two kinds of nurses at work during the war. Medical assistants provided medical care to a multitude of ill and injured soldiers, sometimes near the front line, but also in hospitals and recovery centers throughout the warring countries. Most of them had basic paramedical training. Certain types of injuries caused by artillery and machine gun fire were very serious and needed particular care and treatment. Female religious orders were in decline and not able to provide a significant number of personnel. Men were mobilized, some of them in military medical services. These men practiced side by side with female nurses. There were also many female volunteers with no other vocational training, who played a key support role by helping and comforting victims of the fighting. Consequently, by establishing itself as professional work, and as a result of the presence of many wealthy women, the nursing profession was distanced from the original ancillary service. However, nursing remains, in many countries, working-class women’s work.

The reputation of nurses in the war context was made by the character of Florence Nightingale (1820-1910) and her commitment to tend sick and injured soldiers during the Crimean War (1853-1856). The Great War was a factor in professionalization, in that it represented a growing need for medical and surgical care. Many notables’ wives, especially princesses and noblewomen, were nurses for quite some time, but many of them did not take care of wounded soldiers. This was useful for war propaganda and was meant to persuade people that the sacrifices were shared. Thus, women from higher social classes could leave their social environment, which caused them to mature. This was a factor in women’s emancipation in all the classes. It was not by chance that the writer Victor Margueritte’s (1866-1942) literary creation in his book La Garçonne [The Tomboy] (1922) was a former war nurse.

War was not the only scourge of wartime Europe. In 1918 and 1919, a great influenza pandemic, the “Spanish flu”, killed millions of people. Many nurses, who had come into contact with sufferers, died. Even when peace returned, the war still influenced the destiny of the nurses. In the hospitals, the demographic imbalance changed the labor market. So, men did not accept arduous and badly paid employment. This is one of the reasons why nursing staff are generally women. This characteristic became enduring; however, it was not a certainty before the war. 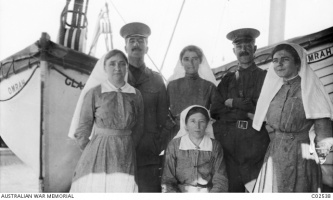 Nurses with the First Expeditionary Force 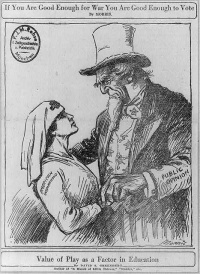 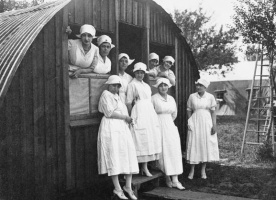 Portuguese nurses on the Western Front 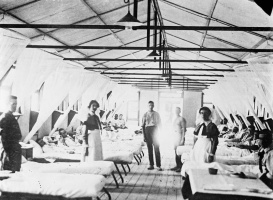 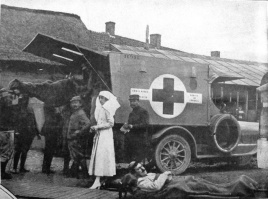 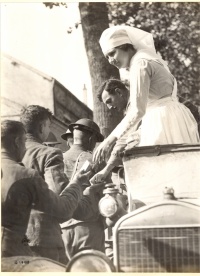 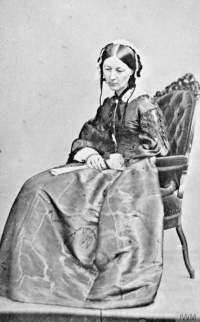 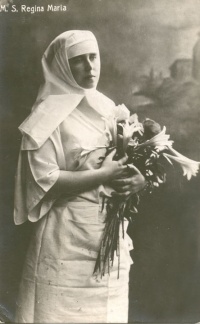 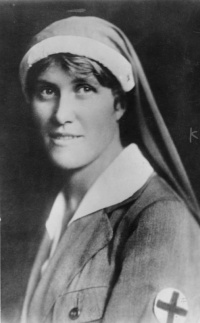