The inter-allied memorial commemorates the First World War and the fallen, as well as the wartime cooperation between the Allies. Its inter-allied character and its scale make this memorial one of a kind.

Between Peace Museum and Culture of Victory↑

The FIDAC (Fédération Interalliée des Anciens Combattants) was an international veterans’ association that strove for peace and veterans’ well-being, and that offered its members a platform for war commemoration. During its first conference, held in 1921 in Paris, it took the decision to build an inter-allied memorial. Although the memorial was conceived as a museum of peace, this did not prevent the FIDAC from excluding the Central Powers from participation.[1] The inter-allied memorial must therefore be considered as an expression of the “culture of victory” that the FIDAC sustained during the immediate post-war period.[2]

Originally, the idea was to erect the memorial in Sarajevo, where the war had started in 1914 when Franz Ferdinand, Archduke of Austria-Este (1863-1914) was assassinated. However, the Italian members of the FIDAC, who, at that moment, had fallen into conflict with Yugoslavia over the control of the Adriatic Sea, used their right to veto. The Belgian city of Liège was chosen instead, for it had been the first city, after the outbreak of the war, to have been attacked and to have opposed the enemy.

The Belgian committee responsible for erecting the memorial was presided over by Princess Jean de Merode (1874-1955), a well-known veteran charity benefactor. Her main problem was finding a place to build it. She eventually merged her project with that of a local association wishing to construct a church to commemorate the war, and which already possessed a plot of land on the hill of Cointe, but which lacked financial support.[3] After three architectural competitions, architect Jos Smolderen (1889-1973) was selected to design both an inter-allied tower and a regional church of the Sacred Heart. The first stone of the church was laid in 1925, and the first tuff of the tower was dug on 4 September 1928, though it would take another decade before both were completed. Due to the poor quality of the rock and the presence of old mineshafts, laying the foundation proved much more expensive than anticipated, while the financial crisis of the early 1930s made it difficult to procure funds.[4] The church was finally sanctified in 1936, while the tower was inaugurated a year later on 20 July 1937 in the presence of Leopold III, King of the Belgians (1901-1983), the French Marshal Philippe Pétain (1856-1951), the British Marshal Rudolph Lambart (1865-1947), 10th Earl of Cavan, and Princess Jean de Merode. By then, France, Romania and Great Britain had each already placed smaller monuments inside the tower.[5]

During the Second World War, Liège was yet again occupied by Germany. In May 1944, the inter-allied memorial tower incurred considerable damage as a result of Allied tactical bombing, and was left abandoned for over two decades. It was a local veteran association, the Comité d’entente des groupements patriotiques de Liège, that took the initiative to repair the bomb damage. On 20 November 1968, as part of the local celebration of the fiftieth anniversary of the end of the war, a second inauguration of the memorial took place. Apart from the Baudouin I, King of the Belgians (1930-1993), no other high-profile guests were present. The local character of this ceremony stood in strong contrast with the inter-allied character of the first inauguration.[6]

The Centenary Commemoration of the War↑

After the 1968 anniversary, public interest in the First World War waned, and the inter-allied memorial was left abandoned. Its tower was only recently completely restored, in 2007-2008 and in 2010, as the centenary commemoration of the war drew near. On 4 August 2014, the Belgian government organized a ceremony at the memorial to commemorate the cententary of the outbreak of the war. It was attended by the Belgian king and queen, the prime minister, and by international heads of state such as the French president, François Hollande; Prince William and Catherine, Duke and Duchess of Cambridge, and the German president, Joachim Gauck. Hence, it was the first time that a former enemy was represented at the inter-allied memorial during a commemorative event.

Karla Vanraepenbusch, Centre for Historical Research and Documentation on War and Society (CEGESOMA) 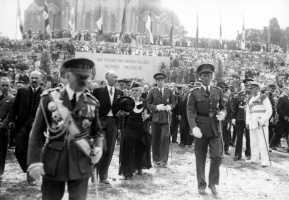 Inauguration of the Mémorial Interallié 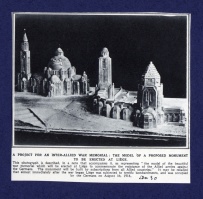 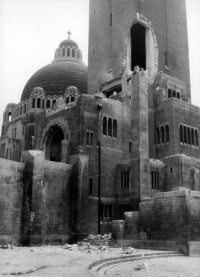 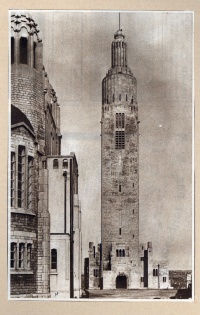 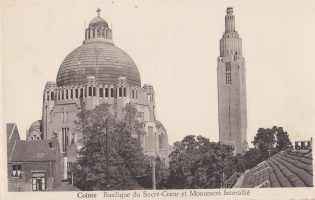