This entry historicizes myths of the Gurkha in contemporary Britain, India and Nepal. It charts the invention of the Gurkha through British colonial fantasies of the martial race, the socio-economic reasons for migration and military service in Nepal, and the extent of Nepalese military service during the First World War.

The Creation of the Gurkha↑

Gurkhas were one of a dozen or more “martial races” found to reside in British India by the colonial Indian Army. The creation of the unified Indian Army – from three Presidency Armies in 1902 – was presaged by the construction of official ethnologies of castes, ethnicities and religions eligible for military service. Various "Handbooks for the Indian Army" helped military recruiters to identify the right type of recruit: those who “had the physical courage necessary for the warrior,”[1] as opposed to the majority of Indians who had “neither moral aptitude nor physical courage […] the courage we should talk of colloquially as ‘guts’.”[2] The Handbooks and their associated literature did not just divide South Asia between “martial” Indians and the “non-martial”; they divided those currently fit for recruitment from those who were previously so and hinted at those who would become sufficiently “martial” in the future. The idea of the Gurkha evolved through this process of entexting fantasies of colonial masculinity.

Gurkhas were defined against the perceived vices bedevilling the old imperial heartland, which had proven itself disloyal during the “Mutiny” of 1857. In keeping with all newly discovered “martial races” in the late 19th and early 20th centuries, Gurkhas were situated at the periphery of British India – reported to live or have familial connections to the Gurkha district in central Nepal – where they “knew little, and cared less, about the political changes and evolutions” of Indian nationalisms.[3] The “cool and bracing climate” of Nepal made Gurkhas “physically far superior to the languid and enervated residents of Bengal”;[4] they were celebrated for their “Protestant Hinduism” and their contempt for the “orthodox Brāhman of Benares”;[5] and fashioned as Englishmen in miniature with lurid descriptions of muscular physiques and their “delight in all manly sports – shooting, fishing […] putting the shot, playing quoits, or foot-ball”.[6] But each confident assertion of Gurkha character, demeanour, and geographic and racial origins was haunted by a note of uncertainty: parts of the work “are undoubtedly incomplete, and perhaps in part incorrect”;[7] “these large generalizations are vague and patronizing. It is impossible to give an idea of the Gurkha by such means […].”[8] Numerous communities of Nepalis, which had no connection with the Gurkha district or even central Nepal, were yet to be regarded as Gurkhas (including, for a time, Garhwalis who were not even Nepali). Descriptions of the racial origins and features of Gurkhas varied from “Mongoloid”, “Caucasian” and “Indo-Tibetan”; the only constant being that were all wiry and strong, broad-headed and thick-skulled.[9] Furthermore, no agreement could be made on precisely what caste the ideal Gurkha ought to be – ranging from the “aboriginal” Magars, Gurungs, Khambus and Limbus to the high-caste, Rajput Thakurs.

The Fiction of Gurkhas↑

The reason for this confusion is that Gurkhas were and are a fiction. In Nepal no group ever referred to itself, or was referred to by other Nepalis, as Gurkhas. The term most commonly used for a soldier serving in a foreign army was (and still is) lahure – the vernacular corruption of Lahori, which references the use of the pre-colonial South Asian labour market by Nepalis to secure service in the Lahore Court of Ranjit Singh’s (1780-1839) Empire in Punjab. Increasing rural landlessness in 19th century Nepal provided the incentive to enlist in the Indian Army (and migrate to timber and tea plantations in Bengal, Assam and Burma). Yet even so the numbers of Nepalis recruited into the Indian Army remained modest until the 1940s. During the First World War, for instance, 55,589 Nepalis were recruited to replace and bolster the pre-war figure of 17,000 Gurkhas (recruited into thirty-two battalions of Gurkha Rifles and four battalions of the 70th Burma Rifles). Although the figure was significant, it was by no means extravagant when compared to other colonial armies or even other “martial classes” recruited by the Indian Army.[10]

Yet the First World War has played a crucial part in authenticating the fiction of what Gurkhas were and further obscuring the reality. The conflict has been reimagined as a space in which Gurkhas were the largest recruited “martial class”,[11] in which the image of the savage, relentless Gurkha was (and is) packaged and sold in the imperial ephemera of the day (from the Empire Annual for Boys to later “Johnny Gurkha” action figures).[12] This obscures the political, economic and cultural realities through which Nepali soldiers actually lived. Chandra Shamsher (1863-1929), the Rana or Prime Minister of Nepal, actively sent enslaved prisoners to fulfil British quotas (slavery was only abolished in Nepal in 1925). As Mary des Chenes has shown, village headmen and landlords would often send the poorest or most indebted villagers into the army in order to demonstrate their loyalty to the regime in Nepal. Nepali soldiers often returned embittered about their imperial military service: “What do the young men know? Nothing! We saw lots of rupees in these recruiters’ pockets and their nice warm ‘sweaters’. They told us we would eat rice every day, see new places. What did we know about war? Nothing! […] The recruiters didn’t talk to us about war, only about pensions and food and clothing. They were very clever. When you are young and have always been with your mother and father what do you know of the sufferings of going to a foreign country? Nothing!”.[13] 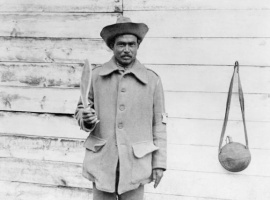 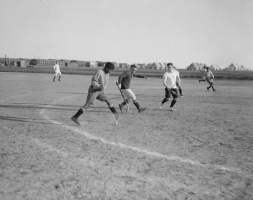