Arnaldo Garcez was the only official photographer of the Portuguese army on the Western Front, a fact that hints at the importance of his mission. Arriving in France in 1917, he thoroughly reported on a specific sector amidst the British lines, from the daily life in the trenches to the hospitals in the rear-guard. Naturally, his work was used extensively by the Portuguese information and propaganda services. This entry discusses the relevance and usage of the photographer’s work.

A Photojournalist in Flanders↑

As a second-lieutenant in the Corpo Expedicionário Português (Portuguese Expeditionary Corps, or CEP), the photo reporter Arnaldo Garcez (1885-1964) exclusively provided its photographic service between 1916 and 1921. When personally invited by the war minister, Major José Maria Norton de Matos (1867-1955), Garcez was already a well-known professional, working for various newspapers in Lisbon. His work developed during the global rise of photojournalism in the early 1900s.

The Portuguese Front in Flanders↑

Arriving in northern France in February 1917, Garcez was the only officer authorized to take pictures on the Portuguese front. This activity was forbidden for the press, as well as the other officers and soldiers. Moreover, the obvious constraints of his mission explain the absence from his work of gruesome scenes and casualties, which he was officially prevented from recording. For a year and a half, the lieutenant-photographer comprehensively and methodically documented the Portuguese front in Flanders: the additional training in the central field in Marthes; the functioning of the CEP’s war machinery and its different services; the official events and visits of foreign dignitaries; and, first and foremost, the soldiers’ daily lives in the trenches and the lives of those placed in the rear-guard. He also captured the landscape and ruins of the Portuguese sector (centered in Neuve-Chapelle), which suffered substantial destruction during the three years of war. Following the Lys Offensive on 9 April 1918 and the sector’s reconquest in the following summer, Garcez created an interesting series of faked photos with the help of ground troops retracing the defensive positions in the Village Line and La Couture. Nearly 2,000 of Garcez’s original photographs are conserved today at the Arquivo Histórico Militar in Lisbon.

The CEP’s Information Service made ample use of Garcez's prolific activity. His war images were released in newspapers at home, predominantly in the high-quality magazine of the time, Ilustração Portugueza, but also in the Portugal na Guerra magazine, published in Paris by the government. In 1919, a bilingual collection of seventy-two postcards (Les Portugais au Front; Les Portugais en France and Secteur Portugais - Zône dévastée) was published by the CEP in the French capital, reproducing Garcez’s photographs. His work was displayed in exhibitions as well: in October 1917, the War Ministry organized an exhibition of his photos at the Geographical Society of Lisbon. The following month, seventy-seven of his images were displayed at the Second Inter-Allied Exhibition of War Photographs, held at the Jeu de Paume in Paris.

As an epilogue to this mission, Garcez’s camera recorded the Portuguese battalions during the victory parades in Paris, London and Brussels in July 1919. 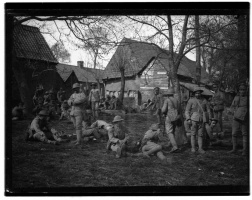 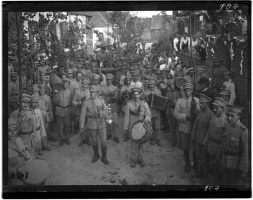 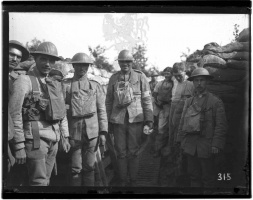 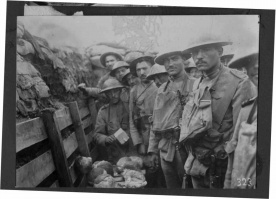 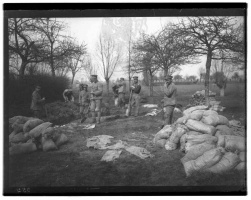 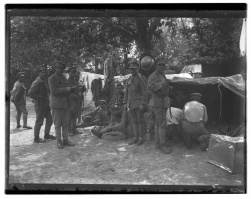 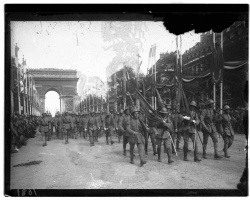 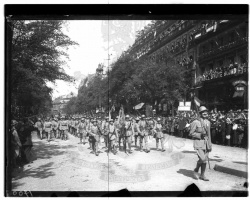