In the first months of World War I, a German raider, the light cruiser Emden brought the bulk of Allied cargo shipping in the Bay of Bengal and the Indian Ocean to a virtual halt. The Emden was finally destroyed, but some of her crew escaped in a sailing schooner, the Ayesha and returned home. The story about heroic deeds of German seafarers, publicly recognized also by the British, was used in Germany to boost the morale of the German people. Their legend steadily grew to become a permanent and positive element of the German collective memory and military tradition.

SMS Emden, a light cruiser of the German Kaiserliche Marine, was built in 1908 in the Danzig Kaiserliche Werft (Imperial Shipyard). In 1913, the Emden was based in Tsing Tao (China) as part of the German East Asiatic Squadron commanded by Vice Admiral Maximilian Reichsgraf von Spee (1861-1914). Before the outbreak of the First World War, under the command of Fregattenkapitän (Cmdr.) Karl von Müller (1873-1923), the cruiser distinguished herself in action on the Yangtze protecting German merchant shipping from attacks by Chinese rebels in the civil war. In August 1914 in the first weeks of World War I, Graf Spee took his entire squadron out of Tsing Tao before it could be captured by the Japanese and made his way across the Pacific to South America. But Emden was detached from the squadron with orders to carry out commerce-raiding in the Bay of Bengal to disrupt the Allied war effort. The latter were relying on supplies coming to Europe from Australia, New Zealand, the colonies in the Far East and Japan.

Emden’s campaign as a lone raider was so successful that it brought merchant shipping in the Bay of Bengal to a virtual halt for many weeks, and delayed the dispatch of a vast convoy of supplies from Australia. Aside from capturing more than twenty allied merchant ships, Emden also destroyed the Burma Oil depot in Madras and sank two allied warships in Penang (the Russian cruiser Zhemchug and the French torpedo boat Mousquet).

On 9 November, Emden arrived at the Cocos Archipelago intent on destroying the communications station situated on Direction Island. There, Emden was finally cornered and destroyed by the Australian cruiser HMAS Sydney. Amazingly, the landing party, led by the Emden’s second officer Lt. Hellmuth von Mücke (1881-1957), managed to sever vital transcontinental telegraph cables and destroyed the radio station. They then escaped in a sailing schooner the Ayesha, and after many hair-raising adventures managed to get back to Germany in June 1915, with the loss of only three men. This was the only German military unit that returned home from overseas.

The Legend and Legacy↑

The odyssey of the Emden and the Ayesha is one of the most famous events in the history of the German navy. It quickly became a legend in Germany thanks to articles and reports reaching the public from various countries. Despite limited sources of information, mainly the British press, the German newspapers managed to keep their readers informed about everything connected with both ships. The story was singled out as proof of the superiority of Germany's fighting men, creating a heroic and chivalrous image of the Emden’s commander and his crew. They had treated their enemies humanely, and did their best to avoid unnecessary casualties never breaking the rules of war. This made them admired and popular war heroes not only in Germany, but also in Great Britain. 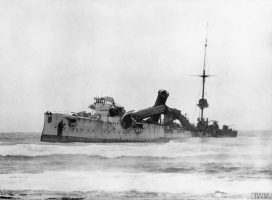 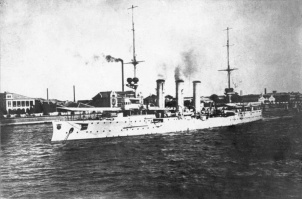 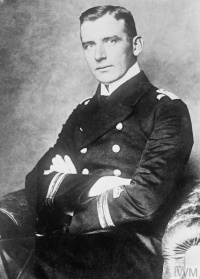 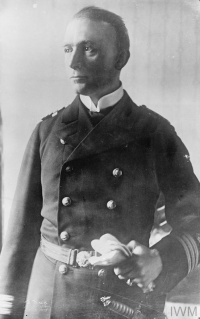 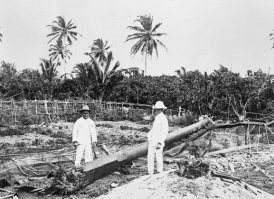 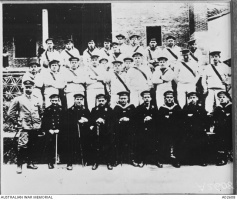 Portrait of the gun crew of the SMS ''Emden'' 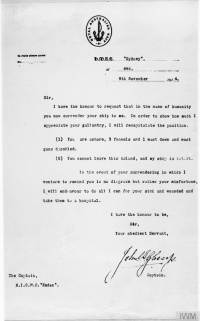 Request for surrender to SMS ''Emden'' 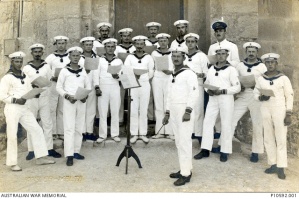