The Corfu Declaration was a formal agreement between the government-in-exile of the kingdom of Serbia and the Yugoslav Committee (anti-Habsburg South Slav émigrés) that pledged to unify Serbia with Austria-Hungary’s South Slav territories in a post-war Yugoslavian state. It was signed on 20 July 1917 on the island of Corfu.

The Yugoslav Idea before 1917↑

Whilst the concept of the Southern Slav inhabitants of the Western Balkan peninsular constituting a single people dated back to the 16th century, the outbreak of the First World War raised the idea of an independent Yugoslav state as a serious alternative to Habsburg regional hegemony. During the 19th and early 20th centuries, “Yugoslavism” gained traction among South Slav intellectuals and politicians. Simultaneously, it clashed and overlapped with the territorial aspirations of Croat and Serb nationalists who envisioned the unification of their respective peoples within a “Greater Croatia” or “Greater Serbia”. In December 1914, from its temporary capital in Niš, the Serbian coalition government of Nikolai Pašić (1845-1926) proclaimed its war aims as the liberation of all South Slavs under Habsburg rule and their unification with Serbia in an, as yet undefined, South Slavonic state (the term “Greater Serbian” was omitted). In 1915, a “Yugoslav Committee” (Jugoslavenski odbor) was founded in Paris under the leadership of the Croat politicians Ante Trumbić (1864-1938) and Frano Supilo (1870-1917), and the artist Ivan Meštrović (1883-1962), to lobby for the secession of the Austro-Hungarian monarchy’s South Slavonic territories. However, its relationship with the Serbian government quickly became strained as differences arose over what form a future Yugoslav union would take. These uncertainties precipitated divisions within the committee itself and led to Supilo’s resignation in June 1916.

In early May 1917, Pašić suggested to Trumbić that a conference be held on Corfu, where the Serbian army had been evacuated following Serbia’s occupation in October 1915, to decide common political aims.

Although both the committee and Serbian government had, since 1914, posited the idea of a single Yugoslav state, the Declaration itself was born largely out of both parties’ external difficulties: the committee’s fears of Italian irredentism in the eastern Adriatic, and the Serb’s anxieties of post-war diplomatic isolation.

Despite numerous appeals, by 1917, the committee had failed to secure Entente support for Austria-Hungary’s post-war dissolution. This lack of success was compounded by developments within their own homelands: on 30 May, southern Slav politicians issued a declaration demanding the creation of a single southern Slav polity whilst reaffirming their intention to remain within a reformed Habsburg Monarchy. However, of far greater concern was the gradual revelation of the “secret” Treaty of London (1915). Under the terms of the treaty, in exchange for its entering the war against Germany, the Entente promised Italy extensive territorial acquisitions from Austria-Hungary: these included Slav-populated regions such as Dalmatia and Istria. Serbia and Montenegro had also been promised territory despite neither being signatories.

The Serbian government’s position was also precarious. Russia’s February Revolution had seen its withdrawal as Serbia’s diplomatic champion, throwing Serb hopes of unilateral territorial gains from Austria-Hungary into question. Furthermore, the committee’s Yugoslavist propaganda had swelled the Serbian army’s ranks by some 30,000 South Slav volunteers, most of whom were Habsburg defectors or economic migrants returning from the USA. Having recently purged what remained of the Black Hand (Crna ruka) organisation’s leadership, Pašić was determined to ensure that only Serbia’s army would qualify as the armed force of any future Yugoslavia, denying the possibility of the committee raising its own troops should any post-war arrangements break down. At the same time, he was eager to stymie potential revolutionary influences emanating from Russia.

Thus, in early June, a delegation led by Trumbić arrived on Corfu. Six weeks of intense negotiations followed, resulting in the Declaration itself. Its fourteen points envisioned a single state: the so-called Kingdom of Serbs, Croats and Slovenes. This new polity was to be a constitutional monarchy under Serbia’s ruling Karađorđević dynasty, with guaranteed universal male suffrage, territorial indivisibility, religious freedom, and full legal equality for the three national denominations. Despite these stated principles, the substance of the document remained ambiguous, with much of its wording left deliberately vague. Unwilling to allow for pre-set internal borders, Pašić declined to support Trumbić’s proposal for a federal framework. Territorially, constituencies were defined by whichever denomination formed three-fifths of the population, allowing Serbs to be overrepresented in the proposed Constituent Assembly (Ustavotvorna skupština). Furthermore, its listing only Croats, Serbs and Slovenes as constituent peoples was equally problematic in the cases of Bosnia-Herzegovina and Macedonia. Nevertheless, the Corfu Declaration was welcomed by Supilo as representing the first formal recognition of a Yugoslav state as a common post-war objective. It also presented a direct challenge to Italy’s desire to supplant Austria-Hungary as the regional hegemon. 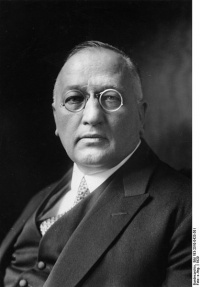 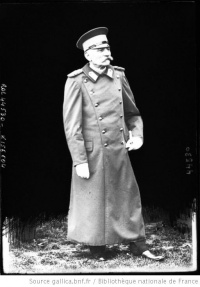 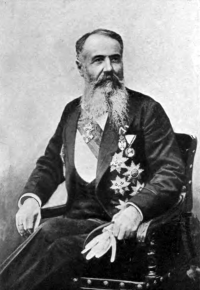 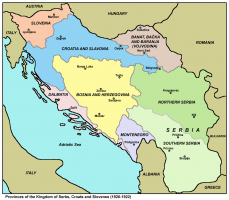