In a conflict characterized as a Holy War between “right” and “might”, the support of the Church of England for Britain’s cause was unwavering. Those who had died in the cause of good (and God) were martyrs. However, such support did not prevent Church leaders from opposing reprisals against civilians.

Support for a Holy War↑

Both England and its national Church were shocked by the speed with which Britain became involved in the conflict. In summer 1914, issues of home rule for Ireland, growing industrial unrest and the escalation of the women’s suffrage campaign seemed more pressing. Once Belgium had been invaded, opposition to Britain’s involvement dissolved and many former advocates of neutrality publicly supported the war effort. Anglican clerics used their pulpits to encourage enlistment and led services in town squares as companies of reservists marched off for training before deploying to the theatres of war. From the start, the conflict was characterized as one between the “right” of the allied cause and the military “might” of Germany. The widespread publication of stories of German atrocities (some genuine, some embellished, some created) soon ensured virtually unanimous support within the Church of England and all the other mainstream churches, except for the Society of Friends (the Quakers). Since this was not simply a battle for national geo-political supremacy, but one of good against evil, indeed of God against the Devil, from the first Sunday of the conflict some clerics described it as a Holy War and congregations sang hymns about spiritual warfare – such as “Onward, Christian soldiers” – to affirm the righteousness of the cause. While some prominent clergy, such as the Archbishop of Canterbury, Randall Davidson (1848-1930), offered quite nuanced support for the conflict, others, such as Arthur Winnington-Ingram (1858-1946), wartime Bishop of London, were less guarded. He argued that it was the country’s duty to “go across the seas and succour Belgium” and revelled in his role as chaplain to the London Rifle Brigade, strongly urging the men of that part-time “Territorial” unit to enlist. However, it is far from clear how influential most of the clergy’s sermons were. For example, one that Winnington-Ingram preached in November 1915 which has received much scholarly attention in the last 40 years seems to have gone totally unnoticed by national and local press at the time, presumably being considered not newsworthy.[1]

Clergy were heavily discouraged from enlisting as combatants, their bishops commonly arguing either that that their presence was needed in their own parishes or that taking up arms was incompatible with their calling. When conscription was introduced in 1916, clergy were exempt. This caused much resentment among the public, given the willingness of many clergy first to encourage enlistment and then to support conscription. However, about 500 Anglican clergy enlisted, around a third of them in the infantry. One of them, Lt. Col. B R Vann (1887-1918), was awarded the Military Cross and a posthumous Victoria Cross.

The rapid growth of the British army from the pre-war total of around 150,000 men supported by the 250,000 reservists of the Territorial Force to a final strength, even after immense losses, of 4 million, demanded a similar expansion of the Church’s chaplaincy provision. On 11 November 1918, 878 Anglican chaplains were deployed on the Western Front alone, alongside a similar total from other denominations. They were “temporary chaplains”, usually seconded from their home parish with their bishop’s approval. Senior army staff saw the chaplains’ role as bolstering morale and encouraging the troops. When well behind the lines, chaplains worked for the welfare of the men in their units alongside leading church parades. At the front, they ministered to the wounded and dying, often supporting medical staff as stretcher-bearers. Holy Communion was offered to the living and the burial service was said over innumerable ad-hoc graves. A total of ninety-eight Anglican chaplains died as a consequence of the conflict, indicating a death rate of around a third of that for officers. The gallantry of those who served on the front-line was consistently recognised and rewarded, with over 120 receiving the Military Cross and two being awarded the Victoria Cross.

Although fully supporting and morally validating Britain’s engagement in the war, Anglican church leaders were at the forefront of opposition to reprisals against German civilians in response to actions such as the sinking of the Lusitania and the bombing of English cities. Both publically and privately they urged the Government not to reciprocate such tactics, engendering strong opposition and strident criticism, especially from the more jingoistic elements of the press.

By early 1915, Anglican prayers for the dead, previously solely a Roman Catholic practice, were widespread both in the theatres of war and at home. One chaplain reported that he knew of only one colleague who did not offer such prayers, which had clearly developed for pastoral rather than theological reasons in the face of the increasing loss of life. While widely practised, it remained a contentious issue, particularly for the more staunchly Protestant groups within the Church.

Very early in the conflict, those dying for Britain in this Holy War were commonly identified as martyrs whose blood had been shed in a spiritual battle. Many asserted that by dying for such a cause, eternal life was guaranteed, irrespective of the life or faith of the fallen soldier. Others challenged what they saw as an Islamic understanding of Jihad[2], but the bereaved found consolation in such assertions, which likened the combatants’ deaths to that of Christ, arguably having a similar redemptive quality.

While there is little evidence that the conflict led to a temporary resurgence of faith in Britain, neither – contrary to common assumptions – are there substantive indications that the war led to widespread loss of faith. Rather, the gentle decline in church-going which had characterized English life since at least 1851 continued, and it was the influence of the conflict on wider society and on social habits which had a greater impact on the life of the Church than religious doubt or theological challenge.

In innumerable memorial services, hymns such as “For all the saints who from their labours rest” reaffirmed the spiritual nature of the conflict and the martyr status of the dead. The Church played a major role in the erection of thousands of war memorials, affirming the “great sacrifice” made by almost 1 million British combatants. Long after the immediate post-war optimism and triumphalism had been succeeded by the disillusionment and economic crises of the late 1920s and 1930s, the Church presided over annual commemorations of “our glorious dead”. 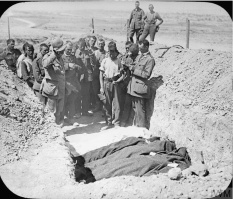 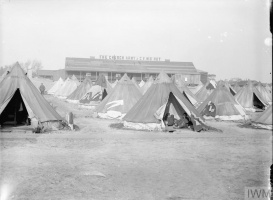 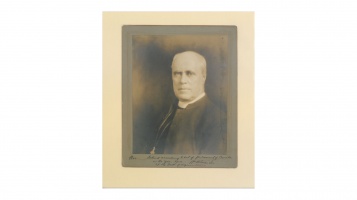 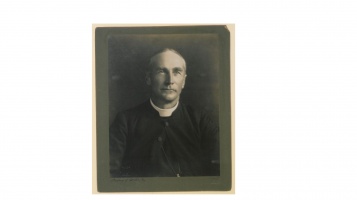