Burma’s participation in World War I was limited mainly to the provision of troops and engineering units to the Palestine and Mesopotamian Fronts as well as labourers to the Western Front and hosting Turkish and German prisoners-of-war. Nevertheless, the war had a serious economic impact on the colony as well as important political repercussions.

The outbreak of the war with the Central Powers in August 1914 was greeted enthusiastically by the colonial population in the British colony of Burma, at the time a province of India. Although Burma was not on the frontline, it did play a role in the hostilities and the war had a significant impact on the country in both the short and long terms.

The war disrupted the colonial economy, both in terms of exports and imports. Priority was given to the export of strategic resources such as wolfram, zinc, lead, oil, and timber, lessening the availability of shipping for the export of rice, the colony’s main export commodity. After Germany’s declaration of unrestricted submarine warfare in 1917, shipping sent to compensate for British losses in the Atlantic depleted the number of ships in the Indian Ocean hurting Burma’s ability to deliver exports even further. Given the impossibility of selling rice abroad, domestic prices tumbled, cultivators went bankrupt, fields went fallow, and rice mills in the port areas closed up, leading to unemployment and poverty after decades of economic growth. Economic decline would not be rectified for years after the conclusion of the war. In the meantime, it led to increasing numbers of villagers being unable to pay their taxes, get loans, or even to obtain the basic necessities of life. Crime increased and government revenues lessened.

As Burma was located at a safe distance from the Turkish fronts, it was considered an ideal location to host Turkish prisoners of war, from June 1915. The Turkish prisoners were transported by sea from Mesopotamia to India, then carried by railway to India’s eastern coast, shipped again to Rangoon, and then conveyed by rail to one of four camps in the colony located at Thayetmyo, Shwebo, Meiktila, and Rangoon (where quarantined prisoners were kept). German prisoners of war were also hosted in Burma, where they were put to work on finishing the Southern Shan States Railway line.

Ethnic Minorities and the War↑

The despatch to Europe of soldiers stationed in the colony, including 4,650 members (mostly Indians) of the Burma Military Police units, led to the rumour that the colonial government was short of troops, which in turn precipitated a number of uprisings by ethnic highlanders. An uprising in the Kachin District in Upper Burma took place in January and February 1915. There, Kachin villagers had reportedly been instigated by a small group of Shan agitators. Soon after colonial troops had put down the uprising with force, the ringleaders were hung. Another more serious rebellion, the Thado-Kuki Rebellion, took place in the north-western part of the colony in the Chin Hills from December 1917 to May 1919, prompted in part by the forced mobilization of these future-rebels into the Burma Rifles by the government.

At the same time, Burmese ethnic minorities were considered by the British to be “martial races” and hence provided the bulk of colonial levies, including those sent for service overseas. The Chin were mainly mobilised for service as members of a labour corps on the Western Front, supporting other Allied and Commonwealth troops who did the actual fighting. Kachin levies were despatched to Palestine as well as to Mesopotamia where they served garrison duty. Maurice Collis (1889-1973) recounts in his autobiography The Journey Outward that some of the Kachin suffered severe depression due to distance from their homeland and committed suicide. It was the Chin Hills Battalion, including Kachin levies from elsewhere in the colony, that ultimately put down the Thado-Kuki Rebellion. Although long not considered by the British to be a “martial race” and merely a population suited only to be cultivators, thousands of Burmese were organised to provide logistical support, such as drivers, members of the Burma Sappers, and as miners who repaired bridges and undertook field engineering work on the Mesopotamian Front where they were praised for their bravery under fire. Despite this service, fears of Burmese nationalism would later lead the British to remove all Burmese from military service in the colony from 1928.

Politically, the despatch of colonial officers and administrators to serve in the army on the Western Front led to a diminution of the ranks of Europeans in the colonial administration. This increased the authority held by middle-ranking Indian and Burmese administrators who filled in the gaps. This was particularly true in the ranks of the Indian Medical Service in the colony and efforts were made from 1916 to initiate the provision of basic medical training to indigenous medical men to compensate for the limited numbers of civil surgeons available in the colony.

Despite the various problems caused in the colony by the war, hostility did not develop into anti-colonialism. The Burmese generally blamed those agents most visible to them in local transactions (i.e. Burmese landlords, Chinese traders, and Indian moneylenders and coolies). The economic foundations of discontent had, however, been laid. Moreover, following the end of the war and inspired by US President Woodrow Wilson’s (1856-1924) Fourteen Points, Burmese politicians also believed that their participation in the war merited greater political concessions from the British to the indigenous population in the colony. When these hopes were not immediately validated and Burma was left out of the consideration of political reforms in India suggested in 1918, it prompted the rise, for the first time, of significantly politicised nationalist movements in Burma, fuelled by poverty and land alienation. Ultimately, the colony would become embroiled in the Rangoon University Strike of 1920. Soon after, the Burmese would be granted the same political concessions granted the rest of India in the Montagu-Chelmsfod reforms of 1919 as a result of the political pressure the aftermath of the war had engendered. 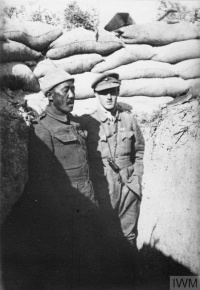 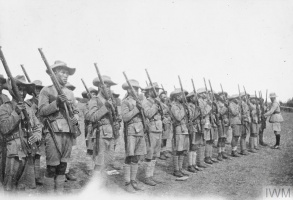